A lot happened in the world of paleontology in 2018. Some of the big events included some major fossil finds, a new understanding of our reptile ancestors and a major controversy whose outcome could rewrite human history. The Conversation Africa asked Dr Julien Benoit to discuss five important moments in paleontology you may have missed during 2018, and what they mean – particularly for Africa and its place in the story of human origins.

The year started with a bang. In January Roberto Macchiarelli, a professor of human paleontology, accused his colleague Michel Brunet of totally misrepresenting an important piece of evidence in the story of human evolution. The evidence in question is a femur – a thigh bone found in northern Chad in 2001. Macchiarelli believes that the femur belonged to Toumaï (Sahelanthropus tchadensis), a species which his opponent argues is the earliest known example of a human ancestor, dating back around 7 million years.

But Macchiarelli insists the femur belonged to a quadrupedal ape, not a bipedal hominin. It’s an important distinction. Before the discovery of Toumaï, it had long been believed that humankind originated in Eastern Africa. Toumaï solidly roots the human family tree on the western side of the continent. But if it turns out not to be a hominin, evolutionary history shifts once more.

Homo sapiens originated from a single, common ancestor that lived in Africa 300 000 years ago. Then, between 100 000 and 80 000 years ago, Homo sapiens left the continent and began to spread out across the world.

Our African origins have been demonstrated countless times by genetic analyses and fossil evidence.

But what’s known as the multiregional model has persisted. Its proponents suggest that modern humans don’t have a single origin. Instead, we evolved independently of each other from different pre-human populations. Asians originated from the Asian Homo erectus, Europeans from the neanderthal man, and Africans from the African Homo heidelbergensis.

It’s a theory ripe with racist undertones and has enjoyed decreasing support in the past few decades.

Those who backed the model pointed out that modern Asian populations and Asian Homo erectus all had unique shovel-like incisors. This was considered a sign of common ancestry.

In April, the final nail was hammered into the theory’s coffin. Genetic analysis showed that this trait of the incisors was merely a side effect of adaptation to a cold environment.

The gene that controls for the shovel-like incisors also coincidentally decreases the number of sweat glands and enriches mothers’ milk with fat. These two features can be crucial for survival during an Ice Age.

Because of the genetic connection between these traits, Homo erectus and Asian modern humans would have incidentally evolved similar incisors by evolving these adaptations against cold in a parallel manner. This means the shovel-like incisors were not inherited by Asian Homo sapiens from a Homo erectus ancestor: they were acquired because of the cold environment.

It’s yet more proof that humankind’s family tree is solidly rooted in Africa.

The meat-eating Spinosaurus, found in Niger and North Africa, was even bigger than its iconic North American cousin Tyrannosaurus rex.

But when and where did gigantism among dinosaurs first evolve? Ledumahadi mafube, from South Africa, sheds new light on this question. The 200 million year old dinosaur weighed around 12 tons, making it the earliest dinosaur to pass beyond the 10 ton threshold. Later, dinosaurs would become even bigger. But in its time, Ledumahadi mafube was a giant among dwarfs.

Mammals evolved from an unexpected source: reptiles, and specifically a group of “mammal-like reptiles” called the cynodonts.

One of the biggest differences between mammals and reptiles today is their reproductive biology. Most reptiles lay eggs and show little to no parental care, whereas most mammals give live birth to younglings and provide them with extensive parental care.

We haven’t known whether cynodonts were more like mammals or reptiles in this respect – until 2018. Scientists in the US studied the fossil remains of an adult cynodont dating back 190 million years, and found preserved with the skeletons of 38 babies.

That’s a huge clutch size; one that’s never encountered in mammals but is typically found among some reptiles that lay eggs. The scientists also argue that it’s unlikely that the adult mother cynodont could have produced enough milk or provided enough parental care to raise so many babies.

This suggests that cynodonts must have had a reptilian reproductive biology, and helps us to understand these important human ancestors a little better. It also means that South Africa’s extensive fossil record, which has so far been interpreted to propose that cynodonts cared for their young, might need a complete reinterpretation

In June, it was announced that two species of fossil amphibians new to science had been found in South Africa.

The two represent the oldest evidence of four legged land-dwelling animals, called tetrapods, on the African continent: a missing link between fish, amphibians and reptiles. Historically, the search for tetrapod ancestry overlooked Africa. This puts the continent on the map when it comes to seeking evidence for how the transition of life from sea to land occurred.

This article is republished from The Conversation by Julien Benoit, Postdoc in Vertebrate Paleontology, University of the Witwatersrand under a Creative Commons license. Read the original article. 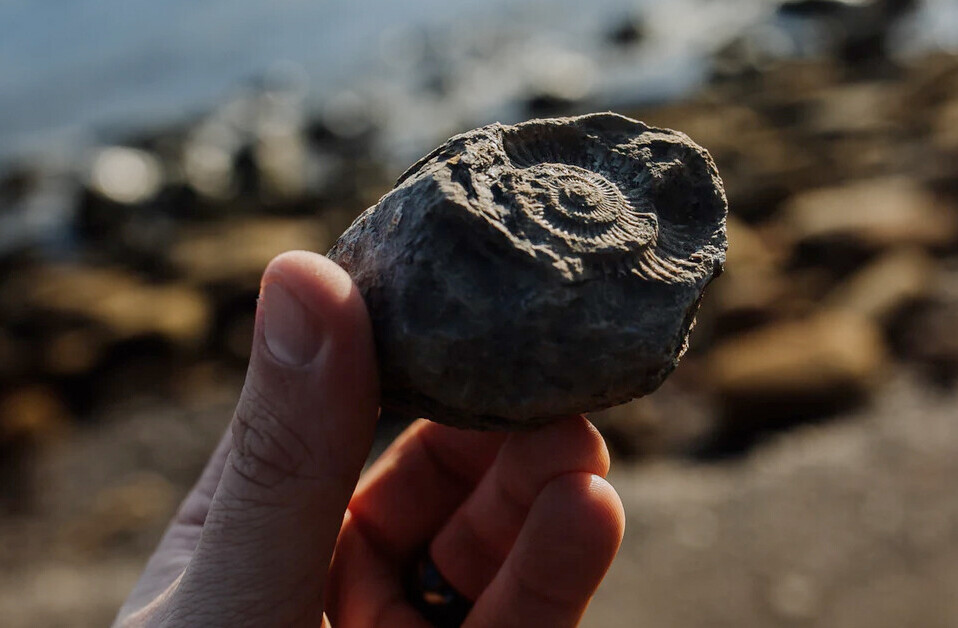