Black holes are among the most profound predictions of Einstein’s theory of general relativity. Originally studied as a mere mathematical consequence of the theory rather than as physically relevant objects, they soon became thought of as generic and sometimes inevitable outcomes of the gravitational collapse that initially forms a galaxy.

In fact, most physicists have suspected that our own galaxy revolves around a supermassive black hole at its center. There are other ideas too – such as “dark matter” (an invisible substance thought to make up most of the matter in the universe). But now an international team of astronomers, including a team that I led from the University of Central Lancashire, has unveiled the first image of the object lurking at the center of the Milky Way – and it is a supermassive black hole.

This means there is now overwhelming evidence for the black hole, dubbed Sagittarius A*. While it might seem a little scary to be so close to such a beast, it is in fact some 26,000 light-years away, which is reassuringly far. In fact, because the black hole is so far away from Earth, it appears to us to have about the same size in the sky as a donut would have on the Moon. Sagittarius A* also seems rather inactive – it is not devouring a lot of matter from its surroundings.

Our team was part of the global Event Horizon Telescope (EHT) Collaboration, which has used observations from a worldwide network of eight radio telescopes on our planet – collectively forming a single, Earth-sized virtual telescope – to take the stunning image. The breakthrough follows the collaboration’s 2019 release of the first-ever image of a black hole, called M87*, at the center of the more distant Messier 87 galaxy.

The team observed Sagittarius A* on multiple nights, collecting data for many hours in a row, similar to using a long exposure time on a camera. Although we cannot see the black hole itself, because it is completely dark, glowing gas around it reveals a tell-tale signature: a dark central region (called a “shadow”) surrounded by a bright ring-like structure. The new view captures light bent by the powerful gravity of the black hole, which is four million times more massive than our Sun. The discovery also yields valuable clues about the workings of black holes, which are thought to reside at the center of most galaxies.

The surprising thing about this image is that it looks so similar to the image of M87* we published three years ago – this certainly came as a surprise. The reason for the similarity is that while the M87* black hole is about 1,000 times bigger, the Sagittarius black hole is about 100 times closer. Both of them obey Einstein’s theory of general relativity, showing Einstein was right for a factor of 1,000 in size scale. To a physicist this is important. Relativity has been around for a century and it is still proving to be accurate. I think even Einstein himself might have been surprised by that!

The publication of the picture of the Sagittarius A* black hole is a tremendously exciting achievement by the collaboration. When I first saw the image, I thought: this tells us a lot. I couldn’t wait to start writing about it and interpreting the image. We had a lot of meetings to come to a consensus of what it tells us. To begin with, we were meeting face to face in different parts of the world. Then COVID struck and suddenly nobody could go anywhere. So online meetings became the norm, as in every other aspect of life. This definitely slowed us down.

My role was to help write two of the six papers that have been released in the Astrophysical Journal Letters: the first one, introducing the observation; and the third one, in which we discuss how we made a picture out of the observations, and how reliable that image is.

In addition, I was a “contributing author” for all six papers. This is an administrative role, in which I handled all correspondence between our team of over 300 astronomers and the academic journal that published our findings. This had its challenges, as I had to deal with every typo and every mistake in the typesetting.

I also had to channel comments from my colleagues. Since the majority of the collaborators are based in either the US or East Asia, it meant that they were working during the night in UK time. Hence, each morning I would come to work to find about 100 overnight emails from colleagues – a daunting start to any day.

Anyway, we got there in the end – and the dazzling result was worth all of the work.

This article by Derek Ward-Thompson, Professor of Astrophysics, University of Central Lancashire, is republished from The Conversation under a Creative Commons license. Read the original article. 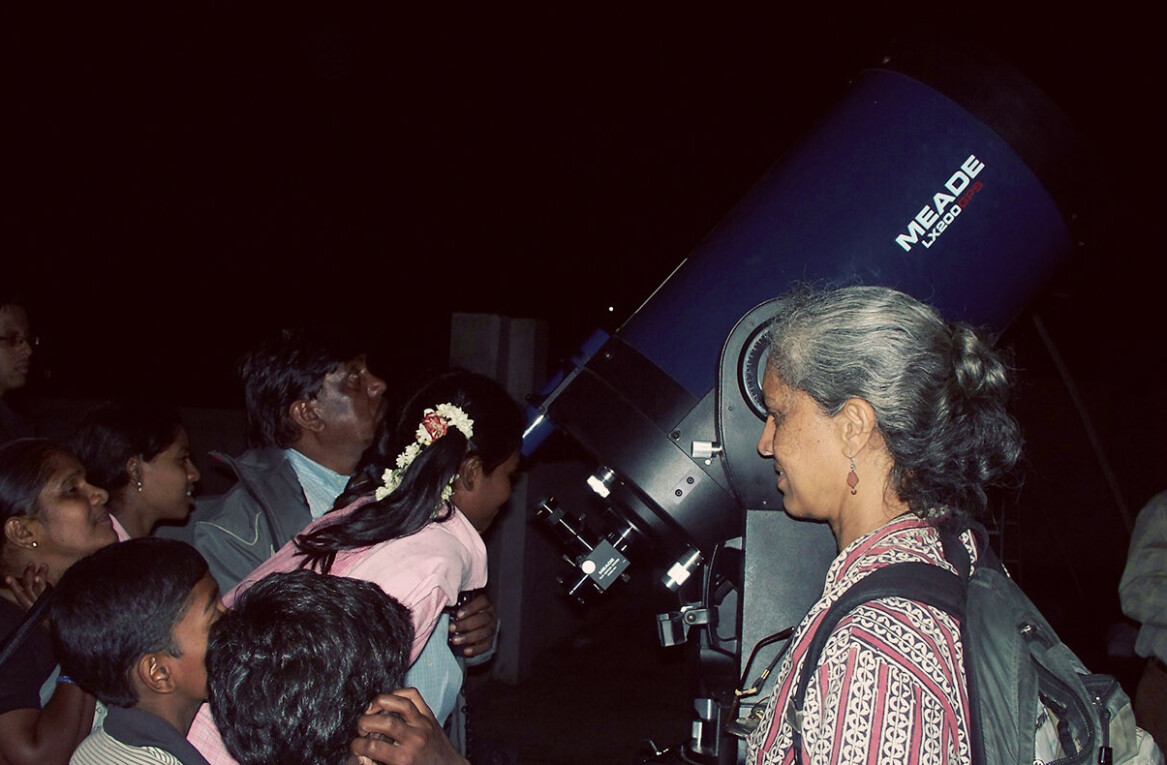