In the world of portable music production there are a lot of choices. We’ve seen offerings such as Slynthy, Fruity Loops Studio Mobile and even Apple’s Garage Band for iPad that can all get things started.  For iPhone lovers though, there haven’t been many choices. At least until now.

iMaschine is your next must-have application.

We covered the release of iMaschine a few days ago, but now that I’ve had a chance to use the app for a bit it was time to re-visit and tell you what you’ll want to know about it.

iMaschine is described as a “sketchpad” for production, and it’s made to fit in your pocket by being designed for the iPhone. Oh sure, it will work on the iPad in x2 mode, but it’s actually designed specifically for your iPhone or iPod touch, keeping your musical notebook close at hand at all times.

Firing up iMaschine you’ll see the typical Maschine-style interface, with 16 pads, each of which triggers a different, programmable sound. From the stock library you have access to 10 different projects, 25 kits and 400+ sounds, plus the ability to sample on the fly via your iPhone’s microphone.

But there’s more than just the pads. There’s also a full synthesizer keyboard, selectable to different sections on each screen. If you need more than 1 keyboard screen, or more than 1 pad screen, you can do that via a long-press on the bottom of any of the 4 sections. 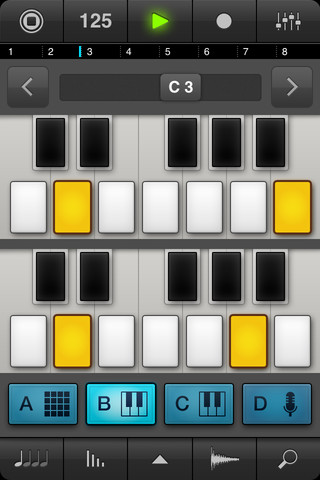 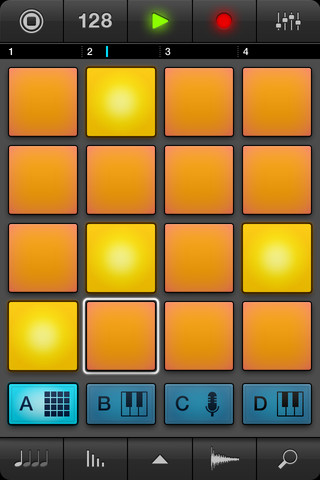 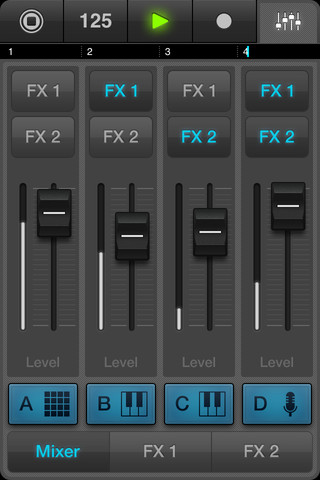 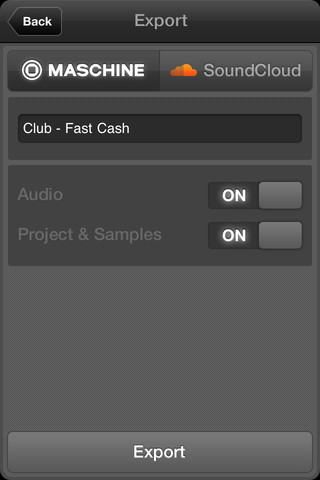 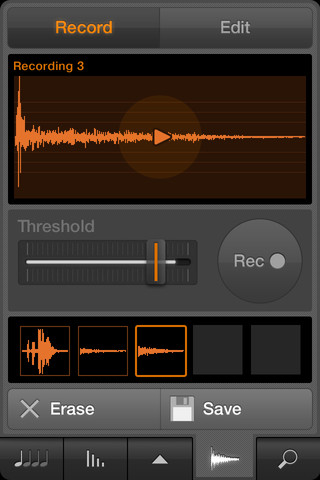 iMaschine works in your typical (up to) 32-bar format, allowing you to create sketches, then send them off to SoundCloud or export them directly into your desktop Maschine software. There are a few effects, though not loads, but you’ll have typical delay, flange, chorus, LoFi, high pass, bandpass and low pass available.

So what can you do with it? Well, here’s a demo video to give you an idea.

Now, chances are that Jamie Lidell didn’t use only the stock sounds. There are some addon packs that you can get (via in-app purchase) to give you some more sounds.  At the moment there are 2 kits, at $.99 each, but chances are that there will be more in the future. While the fact of in-app purchases has miffed a couple of reviewers in the App Store, I’d say it’s a smart move from NI, and the included kits are well worth the $4.99 price tag.

My only gripe about iMaschine isn’t really a gripe about iMaschine. On my iPhone 4, when I’m not in Airplane mode, I’ll sometimes get a delayed response on the touch pads. Chances are that this has more to do with concurrently-running applications, as I’ve found that going into Airplane mode and disabling other apps makes the problem disappear. I’d also venture to say that the iPhone 4S would have fewer issues, given its increased processing power.

The problem that I’ve run into with iMaschine is the gateway drug effect. Now I really want a Maschine or Maschine Mikro in order to do more than what I’m able to accomplish with just the sketchpad. That’s likely exactly the effect that Native Instruments was hoping for, and I can’t fault the company for that. For ages NI has been at the head of the class when it comes to software-based DJ’ing and music production via hardware interfaces. iMaschine is no exception to this. At five bucks, it’s an absolute steal.

Want to check out what else Native Instruments does? We reviewed the company’s 4-channel monster of a DJ controller, the Kontrol S4.