As Facebook marks its 10th anniversary this Tuesday, it’s rather difficult to boil up everyone’s opinions about the social network as it’s … well, a bit complicated. There are those who say it’s done more to invade people’s privacy, while others will sing its praises for Facebook’s ability to connect over a billion people worldwide. We had an opportunity to speak with someone who’s not only been in the technology space for many years, but has helped the company get to where it is as part of CEO Mark Zuckerberg’s executive team. 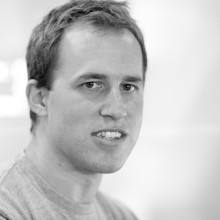 Bret Taylor is a serial entrepreneur that some may more famously know as the co-founder of FriendFeed. However, he’s done much more than that in his professional career. Since graduating from Stanford with a Masters in Computer Science, he’s gone on to co-create Google Maps, Google Local, and the Google Maps API. In October 2007, he launched his first company, FriendFeed, which was ultimately sold to Facebook two years later.

During his time at the Menlo Park-based company, Taylor was elevated to the role of Chief Technology Officer. It’s here where where he would spend the next three years building out Facebook’s platform and mobile products, along with developing Open Graph and its App Center.

Then in 2012, he stepped down in order to follow his dream of starting another company, this time tackling the office productivity software space. In July 2013, the dream became a reality as Quip opened up to the public as a Web and mobile app that aimed to bring a useful, beautiful, and seamless Word processor that you can use anywhere.

Facebook’s ability to scale across time

Among the many questions posed to Taylor, two central things managed to stand out in his answers. The first was the belief that Facebook did what many company weren’t able to do before: personify its product. During his time at Google, he said that many people thought of its service as something that they used. The company was defined by its search engine, Maps, email, and other products. However, in Facebook’s case, it became defined by the people that were on the site, not its capability.

He believed that since Facebook was all about user-generated content, users maintained a sense of ownership and felt some responsibility to help shape the social network. This thinking is perhaps one of the reasons why users have protested nearly every change Facebook has made as they felt the old ways were better.

Taylor says that when you use technology like Facebook and actively participate by contributing content or engagement, you change the relationship. He believes that the issue is more complex than other social networks and services in the past as it grapples with products that are “more nuanced” than other companies. He feels that Facebook is genuinely interested in its users and that empathy plays a big part in how it has lasted this long.

Another key point Taylor highlighted during our interview was the fact that Facebook’s culture has been willing to change as user behavior and technology trends dictate. He says that the company has dramatically changed its core product multiple times over the past 10 years, specifically going from being just a social network for colleges to a universal one, introducing the News Feed, and shifting from a pure desktop application to a mobile one.

He’s also optimistic about Facebook’s ability to survive the next decade, saying that time and time again, the company has shown it can change. Most companies, Taylor told us, cling to their business model until the day they die, but Facebook has shown the ability and willingness to “throw out what you’ve done and adapt to the world.”

Did developers have an impact on the company’s success? Taylor thinks that it may have helped, but it wasn’t a core component in Facebook’s rise to become one of the top services on the Internet today. He believes that the social network’s jump to mobile was the catalyst to success. After all, if Zuckerberg hadn’t undertaken that move, Facebook may have wound up in the exact same spot as its predecessors, namely Friendster and MySpace) years ago.

Yes, there’s no discounting the impact that Facebook Login and the Like button had on virality, but Taylor believes that helping users interact more with their friends from anywhere was more important. It’s that same value that Zuckerberg touts when he’s on stages speaking about the accomplishments of his company: more than 1 billion users and now trying to connect the next 5 billion — and let’s not forget about Internet.org, the foundation aimed at helping drive universal, global Internet access throughout the world.

But Facebook’s mobile execution wasn’t exactly flawless — it was filled with bumps in the road. Taylor admits that the process greatly affected the way Facebook built Web services, describing the process as “awkward”. He says that it’s helped the company rethink the entire experience — Web and mobile aren’t the same. And while most of us were concerned about Facebook converting an HTML5 app into a native one for iOS and Android, its mobile development team was also fixated on coming up with architectural solutions to build these apps so they work across various devices.

Facebook’s platform certainly has its place in the company’s history and helped grow its ecosystem. However, Taylor believes that when you have a successful product, having a successful platform makes it “more endearing”, but doesn’t help it grow.

In his time as an entrepreneur and a Facebook employee, did any of these experiences affect Taylor’s position in the technology industry? Apparently so, as the Quip co-founder tells us that he’s learned quite a bit from Facebook’s CEO. Particularly the most important is being able to look long-term. Taylor says that Zuckerberg has an uncanny ability to do things that may not be popular in the short-term (perhaps like Home), but will ultimately provide benefits in the long-term. In fact, Taylor describes him as the most “analytical and long-term focused” individual that he’s ever met.

Another important thing that Zuckerberg taught Taylor was being able to focus on recruiting and people. Although Facebook’s CEO is perhaps best-known as being a hacker externally, he’s quite astute when it comes to growing the team and bringing in new people. This is something Taylor pays close attention to now that he’s trying to accelerate the growth of his own company and looks to bring on the right talent.