On Wednesday, Facebook updated its API that allows developers to incorporate comment replies into tools and apps which it claims will make it easier to “monitor and respond to comment replies.” 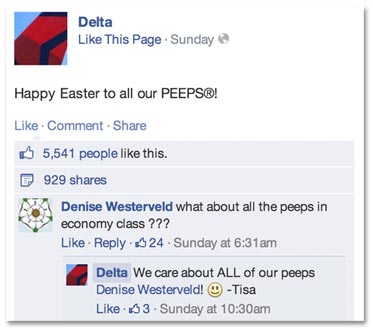 Facebook unveiled the new threaded comments last week and is now allowing more services to take advantage of it. At that time, only those Facebook Pages and Profiles with more than 10,000 followers were able to leverage the feature.

Top level comments are those on a post that are not replies to individual thoughts. Facebook says these type of comments can be ranked depending on the post and the number of top level comments submitted thus far.

With replies, developers can extract these by querying for the comments on a comment ID.

Lastly, comment streams are all comments consisting of top level and replies together. Facebook has a “stream” view that provides comments in chronological order to help understand what’s new.

Developers interested in this offering are advised to enable this on their dashboard. The feature is found under the Advanced tab and they will need to opt-in to the “July 2013 Breaking Changes” migration option.

In other Facebook news, tomorrow morning the company will announce something along the lines of a phone. Be alive and awake at 10 am Pacific.