Facebook has announced that it is rolling out an updated commenting system that it says will “improve conversations”. Beginning today, the social network says that users will not only be able to reply directly to comments left on someone’s Page content, but also start threaded conversations. 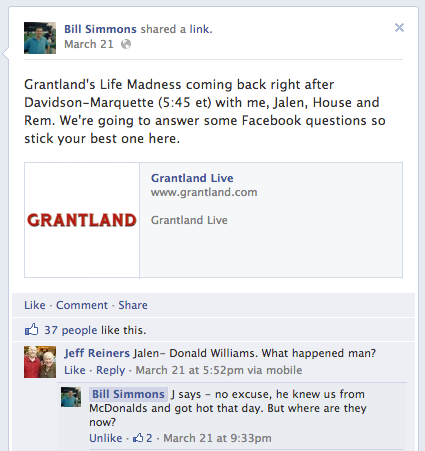 The release of threaded conversations has been rumored for at least the past two years but only now has become official.

According to the company, this new system has undergone “months of testing” and it is hoping that it will foster more open dialogue within its community. The update will be available on desktop and there are plans to make it available in the Graph API and mobile in the future.

Page administrators will have the chance to opt-in for this new service by going into their admin panel and enabling it through the Manage Permissions section. Currently this update has been automatically turned on for those Pages with more than 10,000 followers. All Pages should have the feature enabled on July 10, 2013.

With this new commenting system, Facebook says that it will make it easier for administrators and fans to interact with one another while also communicating individually and pushing the relevant chatter to the top of each post.

Conversation threads will be re-ordered based on relevance to viewers based on three factors: positive feedback, connections, and negative feedback.