Way back in December of 2010, Fabulis, a social network for gay men turned into Fab.com, a daily deals site for gay men. Then, last spring, Jason Goldberg, Fab’s CEO turned the ship in a new direction, dropping its niche demographic to become a top destination for quality designed objects at below retail prices.

Fast forward to November 2011. We reported that Fab snagged 1 million members in just five months, and only one month after that, it announced a $200 million valuation. Less than a month ago, the startup acquired FashionStake, a leading online marketplace for independent fashion, and now Fab has something awesome to show for it.

Starting tomorrow, Fab is introducing Weekly Specialty Shops with focuses on things like vintage pieces, fashion, kids, pets and fine foods. In the past, Fab had shops that functioned more like different categories of the same site. Now, each shop is very much a collection and a store in and of itself. 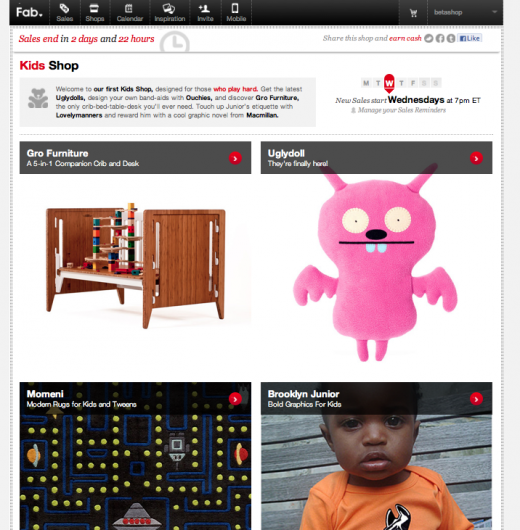 The company told TNW that this change is all part of its broader strategy to make Fab the #1 place for design. “At the end of 2011 we had about 3000 unique products on Fab each day. Soon we’ll be well above 10,000. All while preserving the curation and stellar browsing and discovery experience Fab’s members have come to rely on us for.”

This new addition continues to support what makes Fab so impressive. Amazon is the king of superstores, but Fab is more of a discovery tool — curation being the key. You don’t really know exactly what you want, but you’ll find something (because everything is that gorgeous). Carefully expanding the collection is a step in the right direction. 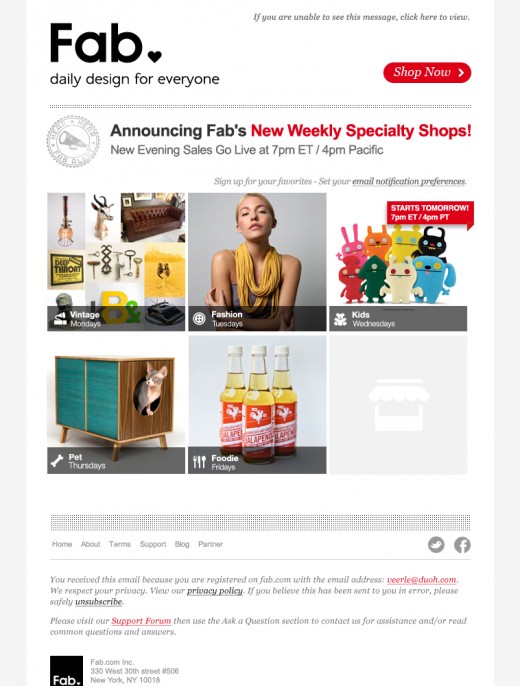