Fast forward to November 2011. We reported that Fab snagged 1 million members in just five months, and only one month after that, it announced a $200 million valuation. Clearly, big things are happening.

The startup continues to grow rapidly and is sharpening its focus every step of the way. Alongside lots of home decor, jewelry, art, gifts, and gadgets, Fab found that its members love independent fashion — a lot.

Today, Fab is finally doubling down on fashion:

We’re going to do the exact same thing we’ve done with design products to fashion. Make no mistake, we’re keenly aware that there are plenty of sites that sell high-end fashion for a discount. That’s not Fab. We’re doing fashion the Fab way.

To get there, Fab is announcing its first acquisition, NYC-based 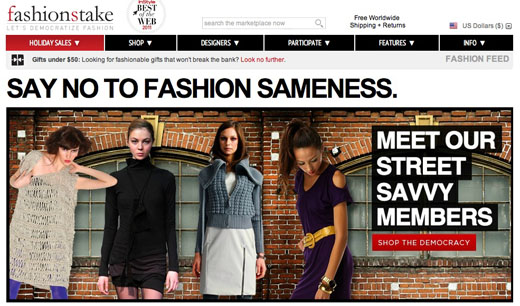 We’re thrilled to have Vivian and David join the Fab team. At FashionStake, they built a vibrant community of indie fashion lovers from all around the world. Hundreds of independent designers have sold on FashionStake. We’ll now give them and many more like them a platform to sell on Fab.

The details are still unclear on the cost of acquisition and how the two sites will merge. Perhaps there’s a chance Fab will open up and allow any independent designer to set up shop? Stay tuned for much more Fab Fashion in the coming weeks! 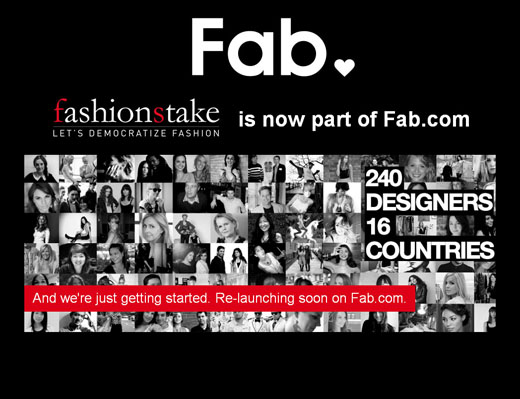