Entrepreneurs with businesses in Asia know that fundraising here can be a daunting task. The ways of doing business across the Pacific are very different than in Silicon Valley, and the quality and breadth of VCs out here vary widely across different countries.

With this in mind, I would like to use my experience as an entrepreneur, having closed several sizable rounds of investment around Asia over the last six years, to help explain the landscape as it currently stands. It’s my hope that this will help prospective entrepreneurs who are looking at – or are already in – the region determine where to focus their next capital raise, what to expect from specific countries and firms, and how to navigate the changing tides in Asia’s investor waters.

First off, it’s important to say that if you’re looking to build anything beyond a lifestyle company, it’s a great idea to take money from a well-connected and highly influential investor in Asia. The region’s power players can be integral in accelerating your company’s growth in Asia – more so than investors in the U.S. – which will help with recruiting employees, finding the best partners, fast-tracking distribution in key countries, and landing marquee customers.

The key investors to keep tabs on are, for the most part, concentrated in four primary markets:

With the strengthening Yuan, China is a great place to look for funding right now. Of course, to land any funding, you typically have to be based there and focused on the Chinese market. It is the most mature VC market in Asia by far, which in many ways, also makes it the most similar to the Silicon Valley in terms of process.

Recently with the country’s slowing domestic growth, a lot of the funding noise has died down, but the investors are still flush with fungible capital. Therefore, the big players in the market are being more inquisitive than normal and are now actually taking serious looks outside of China as well. Some of the names you want to get in front of include GGV Capital, Sequoia China, IDG-Accel, GSR Ventures, and Qiming Venture Parters.

Unlike other countries, China’s business environment is quite insular and having the right investors can be the reason you’re able to connect with important potential customers or partners. Relationships drive business here, so finding a VC that is super connected is the most important quality to consider.

Each of the above firms is very well connected and can be a huge help in China. Although, local firms like GGV Capital and GSR Ventures will likely want to see significant traction in China before offering up their funds.

Companies like Tencent have also begun actively investing around the region and can be a good partner for breaking into China. However, one has to be careful because it can be a bit like dancing with the devil. They have a notorious reputation for copying ideas of others and creating their own versions, and this even applies to companies they have invested in. As an example, just look at KakaoTalk relative to WeChat.

The players in Japan have had their ups and downs. But despite the recent dive of the Yen, Japanese investors are getting stronger and starting to be more aggressive with their checkbooks beyond their typical domestic market. 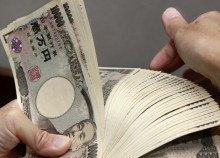 Abe-nomics is having an impact in growing the economy after so many years of stagnation and both consumer and investor optimism are back. These factors make it a great time for companies based outside of Japan, but still in greater Asia, to get their foot in the door with deep-pocketed investors. The big guns that reside here are JAFCO, SBI, and Globis Capital – as well as a host of smaller firms.

Japanese investors are some of the most risk adverse in the world. They tend to test the waters with smaller investments – typically less than a few million dollars at a time. The Japanese as a people are extremely detail-oriented and VCs there are no different.

These tendencies could very well drive the Western entrepreneur insane, as I’ve seen it happen with many of my friends. However, if you can set your expectations accordingly and get a well-connected local investor, they can open up many doors in this traditionally inward-looking and massive market.

Additionally, many Japanese VCs seem to have much more of a small business investor mindset. There are numerous VCs in Japan, but the landscape is still not nearly as built out as it is in India and China, and has nowhere near the level of Silicon Valley VC influence that those two countries have. In other words, you don’t see Silicon Valley bigwigs in Japan, but they’re all over India and China.

Unfortunately, the decline of the rupee is slowing down investment activity in India a bit. GDP growth is slowing and the historical performance of Indian VCs as an asset class has not been on par with the U.S. and China. Thus, there is going to be a bit of tightening within the early stage VC space in India over the next couple of years.

Having said this, the Indian market is still growing faster and larger than over 90 percent of countries globally, so it’s not like things have turned completely dire there. If you have big potential in India, then you should absolutely talk to the major Indian VCs such as Sequoia Capital India, Nexus Venture Partners, and Accel Partners.

Moreover, Indian VCs tend to be very focused on financial fundamentals, which is always a healthy quality to have in an investor that your business is involved with. Most ‘fluffy’ entrepreneurs won’t like this, but those that understand the value of having sound financials will greatly appreciate it.

Singapore is the gateway to Southeast Asia, which collectively is large enough to be considered a BRIC country in terms of population size as well as GDP size and growth. The region as a whole is the hottest market in Asia right now.

Some local startups that have grown quickly over the past year include Viki, RedMart, Zopim, Bubbly, and Garena. Furthermore, given the government’s programs to attract top notch VCs and tech companies, it has become a great place to raise capital and base your Asian operations over the past half-decade.

Gaming and e-commerce are particularly hot right now. Gaming has proven to be the best monetization engine across mobile, especially in Asia where the gaming companies are absolutely dominating the space. Because Southeast Asia and India are so far behind the rest of the world in e-commerce, this is also a budding area with massive potential.

Unfortunately, there has already been a lot of hype in this space so the valuations have become overheated, but that’s more of a problem for venture capitalists than for entrepreneurs.

There are a ton of seed-stage financing options available here. The only thing hurting Singapore is the shortage of mid-stage investors. In terms of key players, the region’s list includes: Sequoia Capital, Golden Gate Ventures, and Jungle Ventures, with new funds setting up shop seemingly every month.

The next big frontier

The continent’s top investors are now directing their focus on the most exciting market in the region: Southeast Asia. Many of them have opened offices in Southeast Asia, as they see huge growth potential in these markets. The most active of which are the large Japanese strategic investors. Thus, if you have something that is familiar in the Japanese market and is now going after the rest of Asia, this is a sweet spot for the large Japanese investors.

Startups, incubators, and accelerators are popping up everywhere in this region, helping to turn it into the continent’s next big tech hub. In terms of Asia’s landscape, this is definitely a place you want your business to be right now, because its growth and absolute size makes it one of the largest and fastest growing markets in the world.

Raising funds and growing your business across Asia can be the most exciting and rewarding time in your company’s growth. Hopefully, this post gives you a good sense of the different markets and at least a high-level understanding of the current lay of the land to help give entrepreneurs and CEOs a smoother and more targeted entrance into the fundraising process here.