Evernote has expanded its Evernote Business product in Europe, adding 26 new markets where companies can now leverage the cumulative knowledge and contribution of every employee. To help oversee the rollout, including managing the product, sales and support team, the company has named Ken Gullicksen as its Chief Operating Officer.

Having been announced in August 2012, but debuted in December of that year, Evernote Business has been moving around the world at a pretty rapid pace. Prior to today, it was available only in France, Germany, Switzerland, the UK, Canada, Japan, and the United States. Today, those throughout the European Union, Norway, and Iceland join the group.

Evernote says that Australia and New Zealand will be added next week, making the product available in more than 30 countries.

Already, more than 2,000 businesses have signed up for Evernote Business and the company expects 50 additional countries will have access in the first half of this year, with markets in EMEA, Latin America, and Asia Pacific being added “in the coming months.”

If you’re not familiar with Evernote Business, priced at $10 per user per month, this business-focused service expands Evernote’s standard and premium offerings with Business notebooks for separating personal and work documents. It also includes a Business Library for collecting said Notebooks shared by individuals. Team sharing is also allowed with flexible permission settings, along with related notes discovery, a centralized Admin Console, and higher storage allowances.

To date, Evernote says that it has 50 million users — two-thirds of which are using the service to increase their workday productivity. Interestingly enough, 70 percent of its users reside outside of the US, something Evernote recognizes and believes represents tremendous growth opportunity for Evernote Business.

It is up to Gullicksen to help continue the growth. As the COO, not only is he managing Evernote Business, but also investor relations, corporate development, sales and global support. Before, he was the company’s Vice President of Corporate Development for Evernote. Prior to joining Evernote, he led the Silicon Valley venture round as a general partner at Morgenthaler Ventures and also served on the company’s Board of Directors.

While Gullicksen is responsible for sales, it’s important to note that it didn’t exist until last year, when Evernote Business launched. Prior to that, the company didn’t sell any ads in its product.

When asked about the new COO, Phil Libin, the company’s CEO, says:

Ken has played a key role in Evernote’s strategy and execution including heading up our five acquisitions to date and the successful rollout of Evernote’s China-based service Yinxiang Biji. As COO, Ken will be instrumental in continuing to foster strategic initiatives, building on the momentum we’re seeing with Evernote Business and developing efficient services to support our entire global operations.

For Gullicksen, he believes that the biggest challenge companies like Evernote face is how it can discover the knowledge of individuals and groups within an organization. Evernote Business appears to be on a mission to enable every employee to collect their own thoughts and insights while also fostering discovery.

As Evernote expands its service around the world and helps people become more productive, one must wonder how this plays into its eventual IPO. We do know that it won’t be happening until at least 2015, according to Libin. The company has every intention to try convert its free users into paid subscribers before it goes public and through this rapid adoption of Evernote Business, it’s most likely the perfect way for that to happen.

Evernote Business is available for Evernote for Mac, iOS, Android and Windows Desktop. Starting today, Related Notes will be displayed in the Mac client while Evernote Clearly will show on Chrome and Firefox, and Evernote Web Clipper for Chrome. 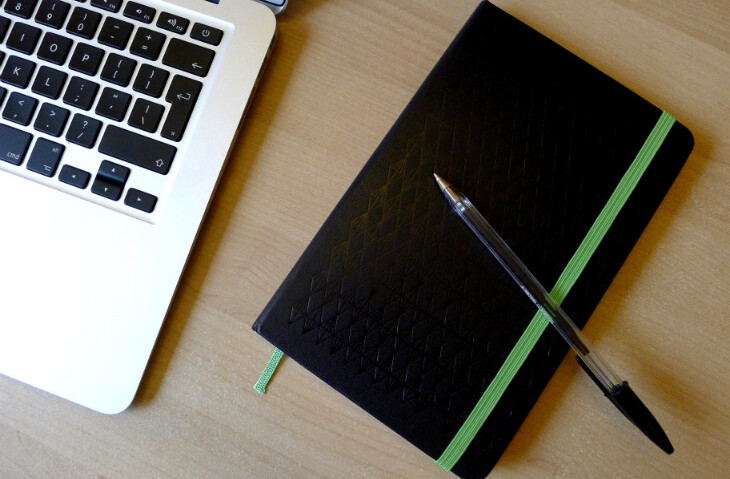