Evernote for iOS has received a new update, adding a number of additional features to the app, including improved PDF viewing, new text formatting options and a Snippets view on the iPad. In addition, the company has also added features for Evernote Business users and the ability to discover Evernote-powered apps through the Trunk.

More specifically, iPad owning Evernote fans can now view their notes in a new way. Snippets is a note list mode which the company claims “makes it easy to quickly scan your notes and jump to any month.” To try it out for yourself in the updated app, Evernote says you must “pull down from the top of the note list and tap on the [Snippets] icon.” 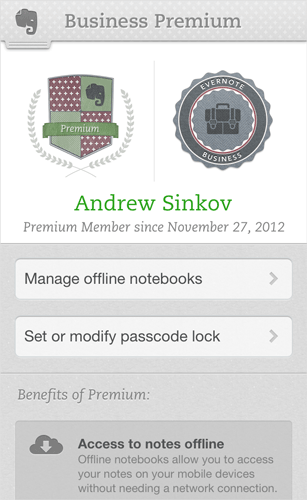 The new formatting options aren’t too special, but help to create feature parity across devices; the company has added “simplify formatting” and “make plain text” options.

For Evernote Business subscribers, the company has added offline notebook support and the ability to view the business library on the iPad. Given that Evernote’s success is heavily invested in its business users, this is an important addition.

Download the app for yourself via the link below.

Update: Evernote has informed us that “there is a known issue” causing crashes on launch “for a segment of users.” A fix is in development, and we’ll update this piece when it’s out!