Eventbrite, the site that allows event organisers to plot, ticket and promote events on social media platforms, has released its latest business report enitled, ‘Social Commerce: A View from our London Office’.

The report compares US and UK markets for social sales of tickets for events and the amount of money that can be generated via promotion on social sites.

Since the company was founded in 2006 it has continued to innovate with the introduction of sites for geographical locations including, USA, UK, Australia and France as well as language options in French, Spanish and English. Phone apps have been released and updated and of course there was the introduction of its card reader and printer.

Earlier this year Eventbrite sold its 50 millionth ticket and opened up shop in London last October so it is well placed to present its research on social ticket sales.

According to the report, the Facebook markets in the US and UK are not dissimilar, with around 50% population penetration in both, the main differences being each nation’s taste in brands. America prefers Starbucks, Xbox and McDonalds, while the UK likes Burberry, Skittles, and the Cadbury’s Creme Egg.

The monetary value of sharing on social platforms has been calculated in the report.

A simple enough take away there for UK events organisers to promote their activities in the right places for maximum ROI. 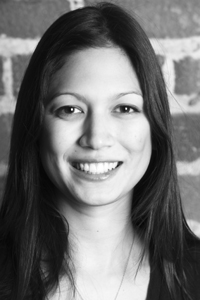 Tamara Mendelsohn, VP of Marketing at Eventbrite has a background in research analysis and she found that Facebook was maybe not such a surprise as the best place to highlight a function.

Events are naturally paired with social media. People inherently want to share the events they are going to on Facebook. Other businesses might work to find ways to get people to share on social media, but even people who guard their personal data are still likely to share some of their activities with their friends.

Events are primarily driven by word-of-mouth. When you discover something you tell your friends to find out who will go with you. There is this inherent human behaviour to want to share events and social media magnifies and accelerates this.

Intriguingly, events promoted in the UK on Twitter gain more additional ticket sales then the US counterparts. It is possible that the US being a little ahead of the UK market might be showing more maturity through its interaction with brands where British Facebook users tend to prefer to use the network for friends and allow more brands and unfamiliar people into their stream of information. Mendelsohn notes:

There is a difference in the way that people are using these sites. It’s been fascinating to watch and monitor this so that we can advise our UK events organisers on how to drive sales.

It will be interesting to see if in the UK that trend increases or if UK social media usage becomes more savvy and follows the US curve.

With Eventbrite’s launch of its French site, the variation by country will start to become more apparent. Not only do the company’s research papers provide a sense of ticket sales in geographical locations, it also points toward shifts in broader trends and the maturity of social businesses. Mendelsohn is enthusiastic about future available data:

We look forward to continuing to watch how social media is adopted by country and what the impact is for events organisers with Eventbrite.

Since October last year when Eventbrite turned on its British site, it has made 7.5m in gross ticket sales, published 25000 events and issued 804,710 tickets in the UK.

As the company pushes forward with its own growth strategy, it’s worth checking in on their research and experience to see if there is something you can use to boost your own ideas.