When you think of the daily life of an esports player, you might imagine something sedate. Professional gamers, by definition, sit at computers and work to hone their talents by staring at a screen and clicking buttons. But, as many of them will be quick to tell  you, there’s a lot of work that goes into improving play, and it’s not for the faint of heart.

When I first started inquiring about what daily life was like for an active esports pro, I asked several coaches and managers what the biggest misconception is. One and all, the answer was the same: that players are out-of-shape, anti-social, live in their parent’s basement. Basements were such a common theme in the answers that I thought for sure they couldn’t all have heard it, but then I remembered the 2015 Heroes of the Dorm competition. ESPN anchor Colin Cowherd, apparently upset his network was covering the esports tourney, said of the players, “Somebody lock the basement door at Mom’s house and don’t let them out.”

The picture of esports players as not particularly athletic or social is a dated one. But it’s held by many — the obese griefer who made a memorable appearance on South Park was also a commonly-cited frame of reference. In 2017, comedy duo Desus and Mero ripped on an esports commercial by saying “Esports could be the new big thing. Unless these people find out about sex.”

But if those who still buy into this idea could see how the players live, they might be in for a shock. Most players aren’t just in shape, they often spend hours at the gym every single day — often for the same reason conventional athletes do.

The player’s daily regimen sounds straightforward at first: in the case of every team I spoke with, the players arrive at work, talk strategy with their teammates, and then get to practicing. Players will sit down to several hours of “scrims,” or practice matches against players of similar skills. They’ll break for lunch in the middle, and then return to scrims afterwards. By the time they go home at the end of the day, they’ll have played 6-10 hours of their game, and some put in extra time after they go home. It doesn’t sound daunting or physically taxing, until you actually attempt to do it.

“You try sitting in front of a computer for anywhere from 10-15 hours straight, doing the same thing over and over again, trying to improve on that craft, and let’s see how you handle it after 9 weeks straight,” said Michael Artress to TNW. Artress works with Team Liquid (the second highest-earning team in the world last year) as manager of its League of Legends divisions. “It’s actually a lot harder than people think.”

As Kyle Bautista, COO of the CompLexity Gaming club, which has teams in eleven esports, told TNW, “They’re training the way any traditional athlete would: 40, 60, 80 hours a week. It is their full-time job.”

And it’s a demanding job, too. A study by Professor Ingo Froböse of the University of Cologne found that, even though they appear to be sitting still, esports players are frequently putting out a lot of effort. As Froböse told Deutsche Welle, “The amount of cortisol produced is about the same level as that of a race-car driver. This is combined with a high pulse, sometimes as high as 160 to 180 beats per minute, which is equivalent to what happened during a very fast run, almost a marathon.”

Given those demands, and how often and how long players have to practice, it’s probably no surprise esports pros have to maintain good fitness just to survive.

Eric Sanders, head of eSports operations with 100 Thieves, which has pros in League of Legends, Call of Duty, Fortnite, and Apex Legends, told TNW players often get up early or stay up late in order to hit the gym while still getting their hours in with the game. “We have a fair amount of players who work out 5-6 days a week… we have a few guys on our Call of Duty team who’ll play until 11 at night and go lift at 11:30.”

So what do esports players do when they hit the gym? There’s no one answer that best suits all pros — many have their own trainers and routines they follow. But most team managers and coaches who spoke with TNW said it’s not the specific exercise that matters, but the consistent routine.

Jasper Schellens, fitness and nutrition coach with FaZe Clan, an organization that started with three YouTubers but has since ballooned into teams in six separate esports, said to TNW of the exercises he assigns, “rowing exercises, chin-ups… they’re sitting down a lot and leaning forward a little bit, so I try to focus a lot more on the back exercises because it pulls them straight so they don’t get neck or back pain… I also try to work on their cardio so they don’t fatigue as much or as fast.”

Professional players – just like in any other sport – have to practice their craft and keep their minds and bodies well equipped to perform well… Most important is just staying active with a balance of general physical fitness activities: you want to mix in a healthy dose of weightlifting, cardio, etc. to be in good physical shape.

Some players will hit the treadmill after a long day to run off any excess energy, while others prefer to work out before the scrims begin to wake up their minds. But the consensus is that this is something a vast number of esports players make time for, as otherwise it could seriously affect their performance.

For that reason, lots of esports team managers encourage working out. The Dallas Fuel offers players the option to work with a trainer at the gym. Some also work with health professionals: Sanders says 100 Thieves has consulted a sports psychologist to help keep the team on track. Schellens says he works with almost 50 people across the organization.

Players are encouraged to maintain a healthful diet of lean meats and lots of vegetables. Often, pro teams have a chef on-site at their facility to provide players with their meals, catering to their particular needs. Diet can play a big role in helping mental focus, said Artress. “We limit the amount of fried or fatty foods… If you feed these guys something really heavy in carbs, that affects their performance in scrims afterwards. They’re slower to respond, more sleepy.”

The OW boys Started their Personal Training sessions today, along with a healthy meal plan.

Looking forward to the results. Health and fitness go a long way in this space just like any other.

The benefit of a good diet has not always been understood, even within traditional sports — Babe Ruth had an almost terminal fondness for hot dogs and downed a bucket of bourbon and ginger ale with breakfast, and he was one of the best to ever pick up a baseball bat. But as we start to realize how much strain even apparently non-movement-heavy activities put on the body, what we put in that body becomes more important.

For most players, the workouts help hone the body for esports, even if doesn’t seem like the players need the muscle. Taylor said, “Taking care of your body – whether that’s the food you eat, the amount of sleep you get, the activities you spend your time doing outside of practice – all of these things contribute to being the best version of yourself as a player.”

Exercise also plays a role in preventing physical and mental health problems players face. Injury among esports players is on the rise, particularly with the popularity of college-level esports programs. A study in the British Journal of Medicine found that players were just as likely to have overuse injuries as a traditional athlete, but noted “there is currently no health management model on how to treat these new athletes.”

Besides warding off physical vulnerability, exercise also keeps coordination and reflexes from degrading. Nicole du Cane, one of the hosts of the Heroes of Fitness workout/gaming stream, told Men’s Health, “Longevity is a big issue, so even when a player gets to their mid-20s, they’re already getting towards the end of their career. So they’re looking at ways to prolong their career to stay mentally sharp, but also with their reflexes.”

Totino's has provided our Fortnite team a beautiful home to give our players the best competitive environment to compete throughout the World Cup Qualifiers. #ad #100T

When asked, every person I spoke to said the primary enemy of the esports player isn’t physical injury, but mental burnout. Even though they love the games, playing nothing else for 8-12 hours a day, depending on the team, can take its toll on their mental health.

Sanders said this burnout is part of the reason esports players are likely to retire early. “If you’re playing the same game for 10 years straight, eventually you get tired of it.”

Daily activity is one of the best ways to keep this feeling at bay, according to the experts. “We believe that cognitive fatigue is driven by physical fatigue,” said David Hesse, director of athletic and personal development at athletic training institute IMG Academy, which offers an esports program partaken of by CompLexity and FaZe Clan.

Schellens says it’s hard to quantify how exercise translates to success, but the players definitely see the results. “It’s not really a measurable thing… but I get a lot of messages from [the players] that they feel better, a lot more fit and at ease when they’re playing. I can tell they like it.”

Bautista pointed out that this is a difficult sport to break into, if only because the pool of talented amateurs is far larger than that of other sports. But the lack of specific physical requirements makes it a more welcoming one. “Because you’re not always moving around, relying on your body, there’s a lot more inclusivity. Everyone can play. It’s a level playing field.” 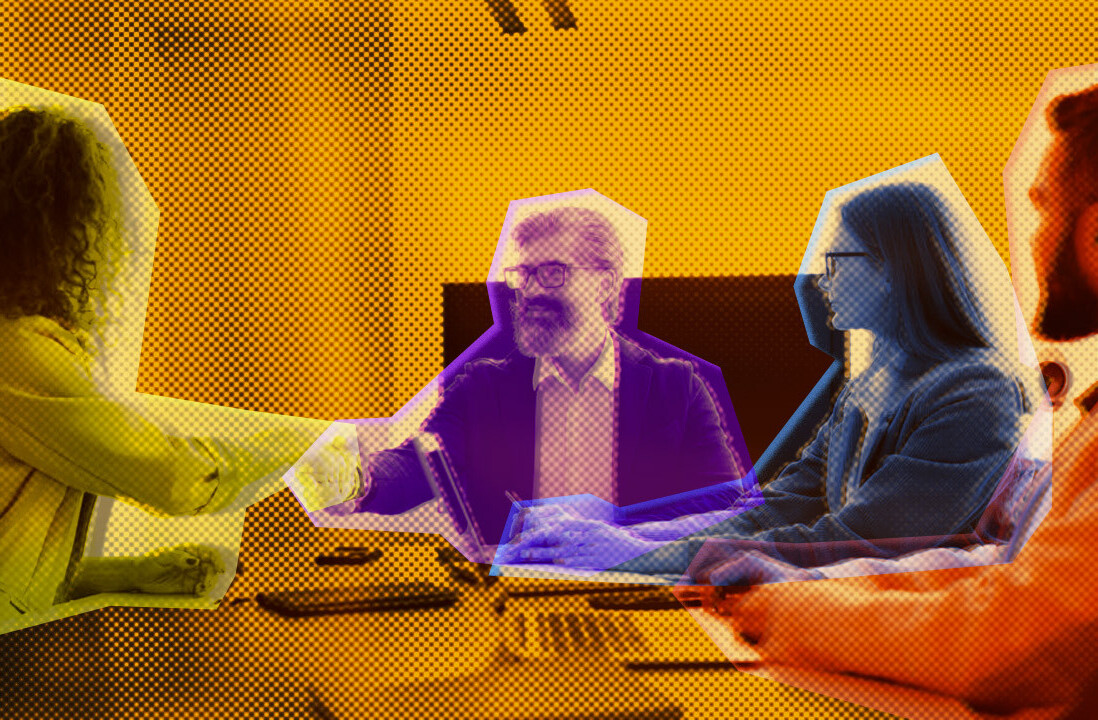 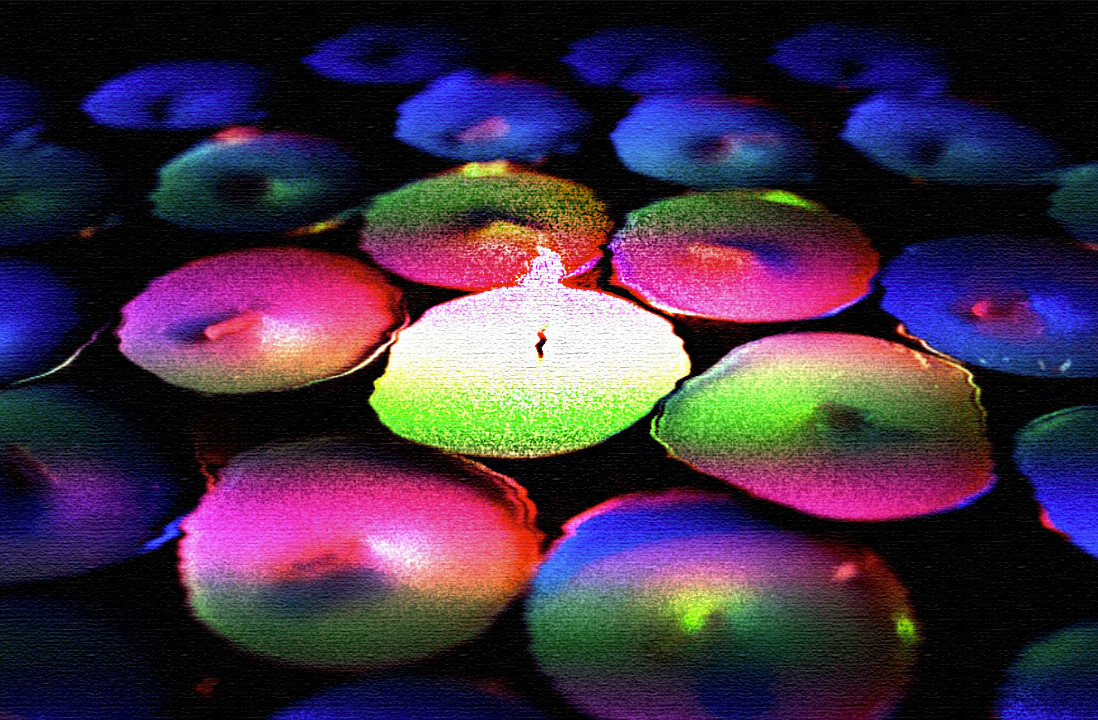