Not wanting to be left behind by Apple’s iTunes U and new iBooks platform, which are pushing forward Apple’s push to get iPads in schools, Samsung is readying its own education service called ‘Learning Hub’, which it says will provide 6,000 textbooks and videos from 30 education providers across the world.

The Korean mobile giant intends to introduce a range of interactive features that assist learning on its Galaxy Tab 10.1 and Galaxy Tab 8.9 tablets initially, including automatic scoring, note-taking abilities and learning management options, facilitating a true self-guided learning environment. The Learning Hub will be open to people of all ages, from elementary school students to adults of all ages.

Samsung intends to debut the new the educational service at the upcoming Mobile World Congress expo in Barcelona, commencing in just under a week, teasing the platform in a series of screenshots on its official Flickr account. 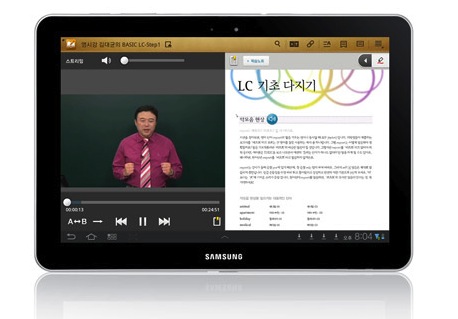 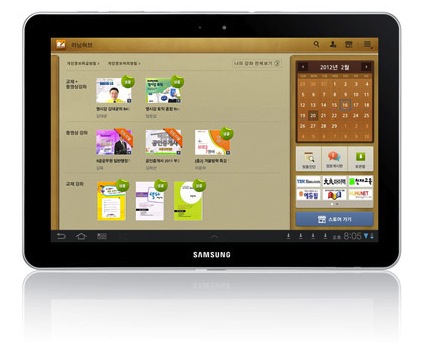 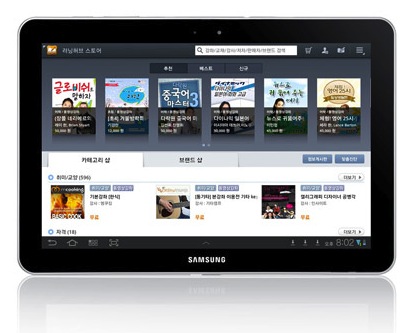 Samsung has a job on its hands; Apple’s announced in January that it had seen 3 million iTunes U and 600,000 iBook Author downloads in 5 days after launch. Launching both apps on January 19 at Apple’s education-focused event, Eddy Cue announced an all new iTunes U app that give users access to iTunes U content all in one place, without having to trawl through iTunes to access it.

There have been 700 million downloads of iTunes U content, with thousands of universities already using it, including the number one content provider, Open University. The new app featuring interactive elements, allowing teachers to post messages to the ‘class’ and get feedback, as well as deliver assignments. Teachers can set things like office hours right from the app.

Whilst the platform hasn’t launched, Samsung is already looking to expand onto smartphones and will expand the tool to training companies and private operators so that they can deliver content to their employees and customers, to deliver work-based training or assist with self-learning.

We will be speaking to Samsung at MWC, so you can expect a full overview of how the platform operates and how it ranks up against Apple’s more established iTunes U service.