We put out a lot of great stuff at weekends here at The Next Web, but if you were too busy offline (apparently some things still happen there) and watching the Olympic closing ceremony (seriously, music in the UK is a lot better than they made it out to be!), here’s what you missed.

As the weekend began, it looked unlikely that crowdfunded Twitter alternative App.net would gain the $500,000 it needed to get off the ground. However, donations picked up pace and on Sunday the target was met with 38 hours to spare. Founder Dalton Caldwell says that he will employ the services of a third party to verify payments and prove that the campaign was all above board.

The campaign will continue until the deadline at 11.59pm PDT today. If you’re still on the fence, here are some reasons why you might want to back it. Meanwhile, social media post scheduling service Buffer has become the first existing brand to introduce App.net support, although there are plenty of other third-party apps in the works.

Elsewhere this weekend, Apple was tipped as a possible new sponsor for a popular literary prize in the UK. As the 2012 London Olympics drew to a close, Usain Bolt became the most tweeted about athlete of the Games, although Chinese Twitter rival Sina Weibo logged more than twice as many Olympics posts. 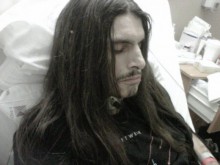 In a compelling piece of writing, Jim Algie discusses how Facebook has turned the normal processes of dying and grieving inside out. An uncomfortable, but important subject.

Looking for a primer in why China is such a big deal when it comes to the future of the Internet? Read The Startup Guide to China by our Asia Editor, Jon Russell. Meanwhile, we took a look inside the HQ of Chinese search giant Baidu.

What could be the next China? How about Latin America? With our conference there just over a week away, here’s a guide to 18 Latin American tech hubs you should know.

Turning his eye to the media, Paul Sawers argued that the Olympics could safeguard the BBC for another generation of UK TV viewers.

At one point in the past, Google considered its own currency, ‘Google Bucks’. The idea was dropped, but Matthew Carpenter-Arevalo agues that a Google currency is the missing factor in the company’s strategy. Do you agree?

This giant 3D printer can construct a house in as little as 20 hours.

Bulletproof backup: How to make sure your desktop, mobile & web data are safe.

Why was no one watching the Olympic hammer throw, javelin and discus? Remote control MINI Coopers.