Editors Note: I’ve known Wolf and Gosia Garbe from FAROO for a long time, and so I asked Wolf if he would write a guest post explaining the differences between single index Google type search architecture and the decentralized / distributed peer-to-peer model that FAROO is based on.

What follows is a pretty long essay, but it is meant to be. If you want to be up on what challenges Google is going to face in the coming decade, you really must allocate some time to read this article.

Crisis reveals character, and this is especially true for distributed systems. Everything beyond the standard case may led to a crisis if not considered beforehand.

The network wide scale adds a new dimension to everything, completely changing the perspective and puting many centralized approaches into question.

Joining peers, updates and recovery look different from a bird’s eye view than from the ground:

*When the network size grows the bootstrapping algorithm needs to scale.

*Even if the whole system fails, and all peers want to reconnect at the same time the system should be able to recover gracefully.

*Every system needs to evolve over time, hence software distribution is required to work on large scale, perhaps frequently or immediately.

That’s why it is important to look at the scaling of all operational aspects, not only at the main search functionality. The weakest element defines the overall scalability and reliability of a system.

The benefits of a distributed architecture (as low cost, high availability and autonomy) can be fully used only, if the operational side is also fully distributed.

There should nowhere be a centralized element, which can fail, be attacked or blocked as a single point of failure or which does simply not scale. Not for crawling, not for indexing & search, not for ranking and discovery, not for bootstrap, and not for update.

Let’s have a closer look at those six degrees of distribution:

Sometimes only the crawler is distributed, while the index and the search engine are still centralized. An example is the Grub distributed crawler, once used by Wikia Search of Wikipedia Founder Jimmy Wales.

A distributed crawler itself provides only limited benefit. Transferring the crawled pages back to a central server doesn’t save much of the bandwidth, compared to what the server would need to download the pages itself. Additionally there is overhead for reliably distributing the workload across the unreliable crawler elements.

The benefits of such hybrid approach are rather for applications beyond a search engine: if only selected information are transferred back (like scraping email-addresses), and the spider is harder to detect and block for the webmaster, as the load comes from different ip’s.

Distributed crawling will live up to its promises only as part of fully distributed search engine architecture. Where the crawlers are not controlled by a single instance, but crawling autonomous led solely by wisdom of crowd of its users. Huge network wide effects can be achieved by utilizing the geographic or contextual proximity between distributed index and crawler parts.

With FAROO’s user powered crawling pages which are changing often (e.g. news) are also re-indexed more often. So the FAROO users implicitly control the distributed crawler in a way that frequently changing pages are kept fresh in the distributed index, while preventing unnecessary traffic on rather static pages.

Even for big incumbents in the search engine markets, it is impossible to crawl the whole web (100 billion pages?) within minutes, to discover new content timely (billion pages per day). Only if the crawler is selectively directed to the new created pages, the web scale real time search becomes feasible and efficient, instead looking for the needle in the hay stack.

By aggregating and analyzing all visited web pages of our users for discovery, we utilize the “wisdom of crowds”. Our users are our scouts. They bring in their collective intelligence and turn the crawler there where new pages emerge. In addition to instantly indexing all visited web pages our active, community directed crawler is also deriving its crawler start points from discovered pages.

Beyond real time search this is also important to discover and crawl blind spots in the web. Those blind spots are formed by web pages, which are not connected to the rest of the web. Thus they can’t be found just by traversing links.

Distributed discovery also helps indexing the deep web (sometimes also referred to as hidden web). It consists of web pages that are created solely on demand from a database, if a user searches for a specific product or service. But because there are no incoming links from the web, those pages can’t be discovered and crawled by normal search engines, although they start to work on alternate ways to index the hidden web, which is much bigger than the visible web.

Storing web scale information is not so much of a problem. Expensive are the huge data centers required for answering millions of queries in parallel. The resulting costs of billion dollars can be ommitted can be omitted only with a fully decentralized search engine like FAROO.

Incumbents already envision 10 million servers. A distributed index scales naturally, as more users are also providing the additional infrastructure required for their queries. It also benefits from the increase of hardware ressources, doubling every two years according to Moore’s Law.

The indexes of all big search engines are distributed across hundreds of thousands computers, within huge data centers. But by distributing the search index to the same to the edge of the network where already both user and content reside, the data have not anymore to travel forth and back to a central search instance, which is consequently eliminated. This prevents not only a single point of failure, but also combines the index distribution across multiple computers with leveraging the geographic proximity normally achieved by spreading multiple data centers across the globe.

Zooming in from the macroscopic view, every distributed layer has its own challenges again. E.g. for the index peers usually do not behave like they should: They are overloaded, there is user activity, the resource quota is exhausted, they are behind a NAT, their dynamic IP has changed or they just quit.

Those challenges have been perfectly summarized in “The Eight Fallacies of Distributed Computing”. Yet going into all the details and our solutions would certainly go beyond the scope of this post.

A additional benefit is a distributed attention based ranking, utilizing the wisdom of crowds. Monitoring the browsing habits of the users and aggregating those “implicit” votes across the whole web promises a more democratic and timely ranking (important for real time search).

While most real time search engines are using an explicit voting, we showed in our blog post “The limits of tweet based web search” that implicit voting by analyzing visited web pages is much more effective (by two orders of magnitude!).

This also eliminates shortcomings of a Wikipedia like approach where content is contributed in a highly distributed way, but the audit is still centralized. Implicit voting automatically involves everybody in a truly democratic ranking. The groups of adjudicators and users become identical, therefore pulling together for optimum results.

The first time when a new peer want to connect to the p2p network, it has to contact to known peers (super peers, root peers, bootstrap peers, rendezvous peers) to learn about the addresses of the other peers. This is called bootstrap process.

The addresses of the known peers are either shipped in a list together with the client software or they are loaded dynamically from web caches.

But if a peer has been offline for some time, most of the addresses he stored become invalid because they are dynamic IP addresses. If the peer fails to connect to the p2p network using the stored addresses, he starts again the bootstrap process using the super peers.

Scaling
During a strong network growth many peers are accessing to the super peers in order to connect to the p2p network. Then the super peer becomes the bottleneck and a single point of failure in an otherwise fully decentralized system. If super peers become overloaded, no new peers can join the system, which prevents a further network growth.

Recovery
If the whole p2p network breaks down due to a web wide incident and all peers try to reconnect at the same time this leads to a extreme load on the super peers.
This would prevent a fast recovery, as peers would fail to connect but keep tying and causing additional load.
Those problems have been experienced in practice in the Skype network.

FAROO is using a fully distributed bootstrap algorithm, which

*eliminates the super peers as last centralized element, as bottleneck and single point of failure in an otherwise distributed system.

*provides an organic scaling also for the bootstrap procedure.

*ensures a fast recovery in case of a system wide incident.

*makes the p2p network immune to the blocking or monitoring of super peers.

The distributed system becomes automatically smarter just by the increasing relevance of the collected attention data.
But you may want to refine the underlying algorithms, to improve the efficiency of the p2p overlay, to extend the data model, or to add new functions. And the example of Windows shows that it might be necessary to apply security patches, network wide, frequently and immediately. Updating p2p clients requires a very efficient software update distribution.

10 million peers and 5 Mbyte client software size would require to distribute 50 Terabytes for a full network update. Even for a 100 Mbit/s network connection a central update would last 50 days, if you manage to evenly distribute updates over time.

FAROO is using a distributed, cell division like update instead, where all peers pass on the DNA of a new version to each other within minutes. Of course there is some signature stuff to ensure the integrity of the network.

By consequently distributing every function we ensured a true scalability of the whole system, while eliminating every single point of failure. Our peers are not outposts of a centralized system, but rather part of distributed Cyborg (combining the power of users, algorithms & resources) living in the net.

This is a system which works on a quiet sunny day, but also on a stormy one. It would be even suitable to extreme mobile scenarios, where peers are scattered across a battlefield or carried by a rescue team.

The system recovers autonomously from a disaster, even if there is no working central instance left, the surviving peers find itself, forming a powerful working distributed system again once they awake. If you have seen Terminator reassembling after run over by a truck you get the idea

In biology organisms naturally deal with the rise and falls of its cells, which as simple elements form superior systems. We believe that evolution works in search too, and that the future belongs to multicellulars. 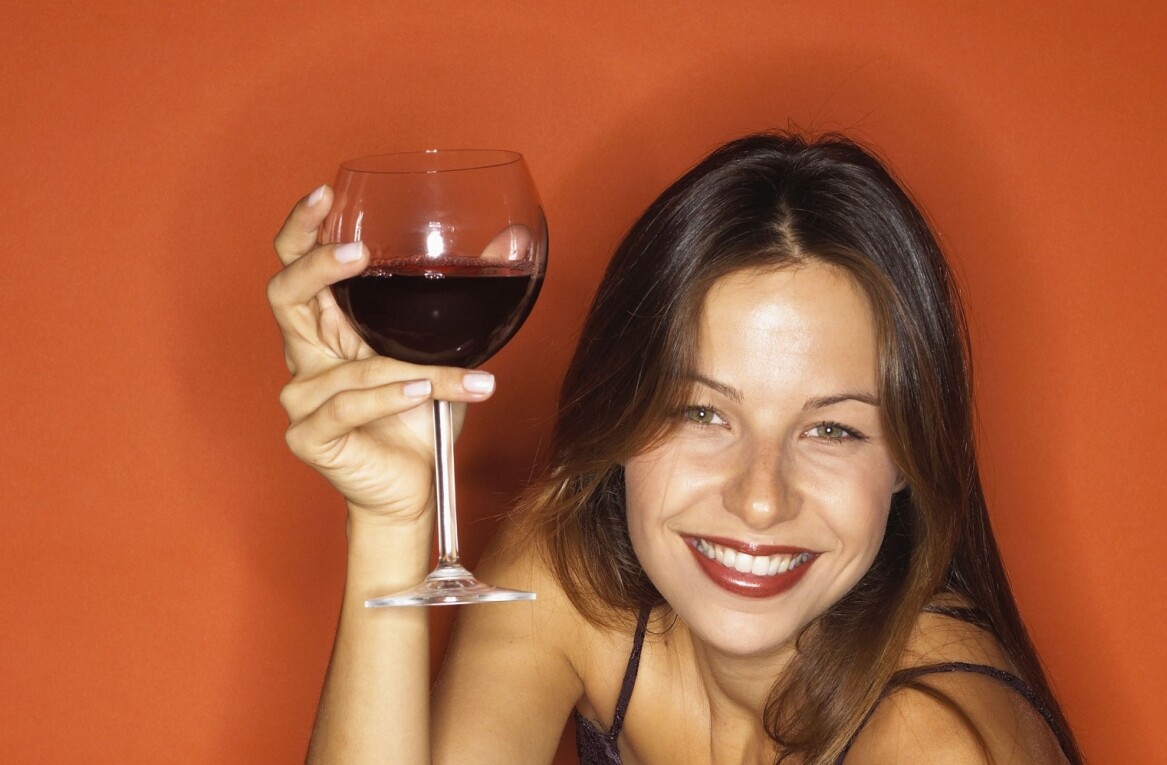