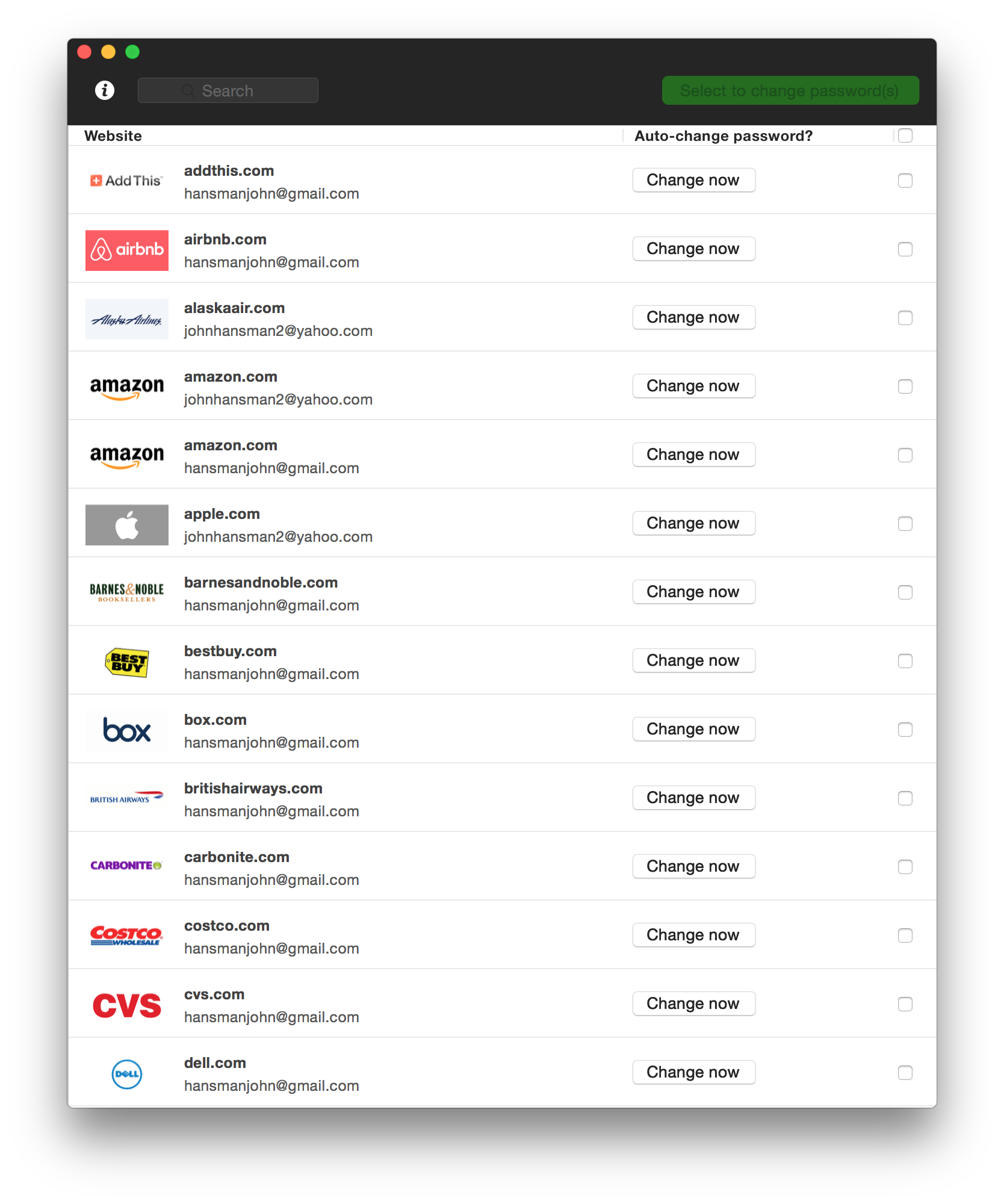 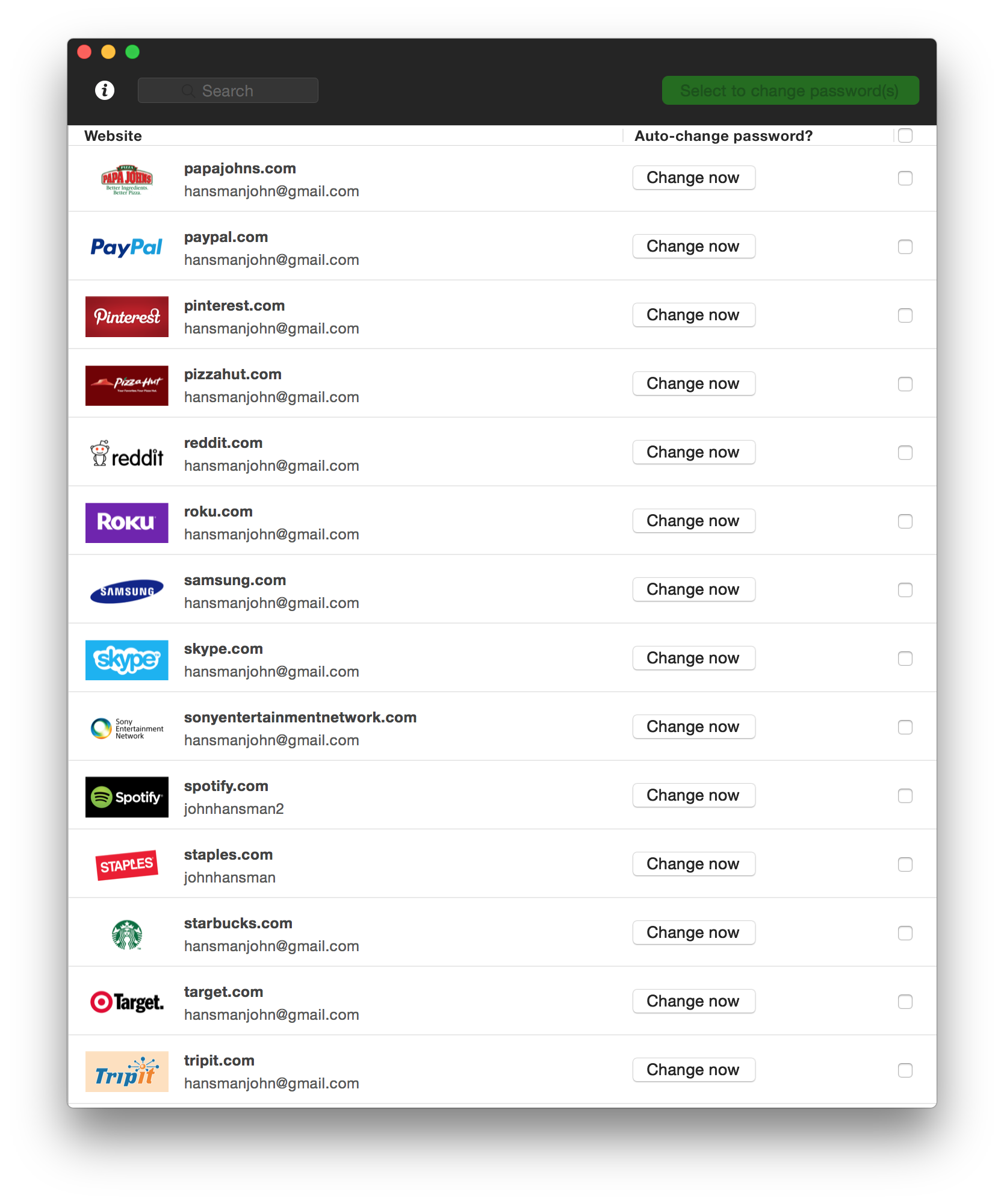 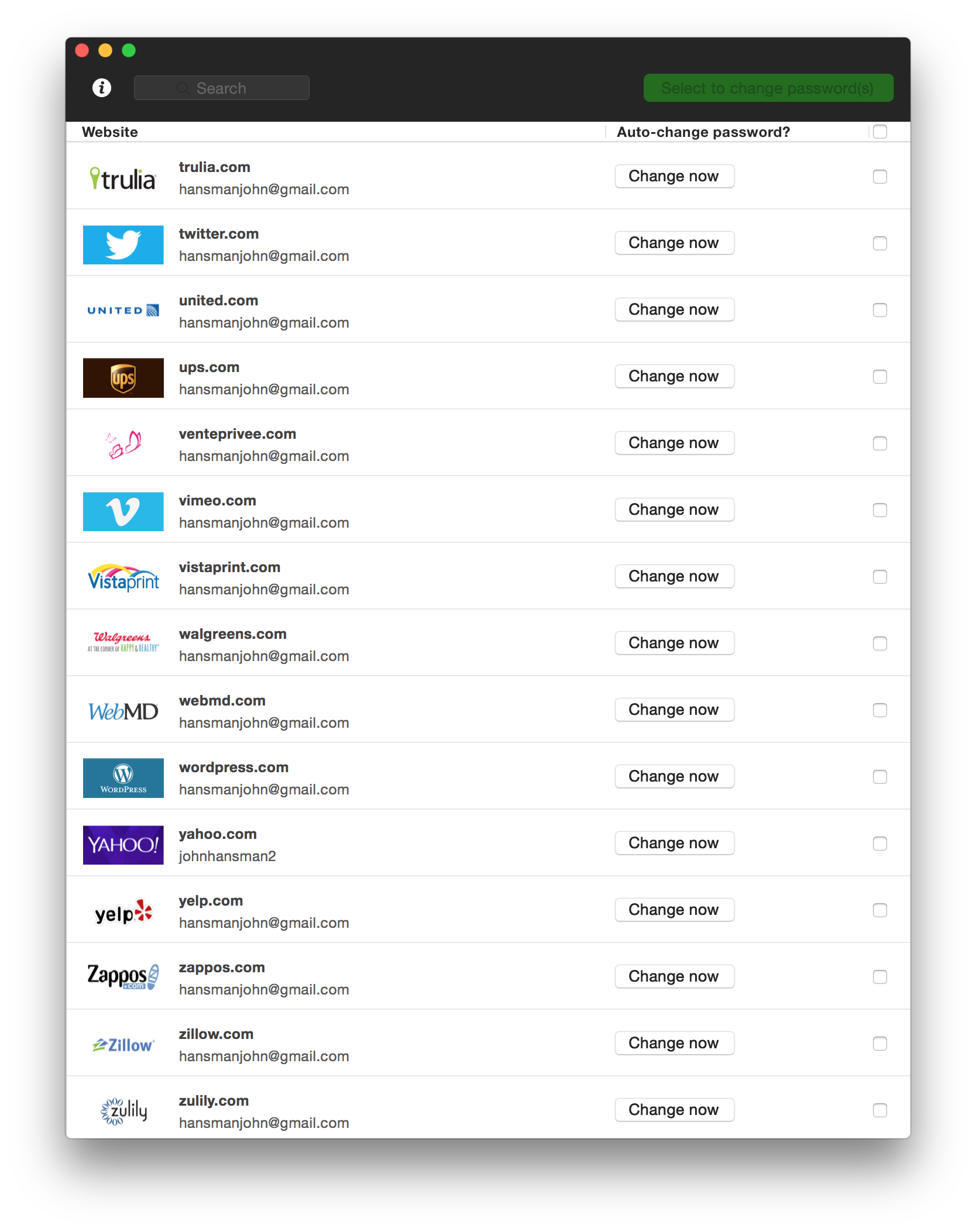 Password Changer is available today in beta and is compatible with over 50 top US sites including Amazon, Facebook, Google, Twitter, LinkedIn and Yahoo. It’s initially available on PC and Mac but the company promises it will launch mobile versions soon.

Dashlane says it will introduce a recurring password change feature in the near future. The option, which will be available to users of its premium product – $39.99 per year for syncing across unlimited devices – will automatically change passwords at preset intervals.

Dashlane’s CEO, Emmanuel Schalit told TNW he believes that Password Changer has “killed the password.” He continued: “We have created an identity layer which turns the password into a purely technical device that exists in the background but which humans don’t interact with it.” 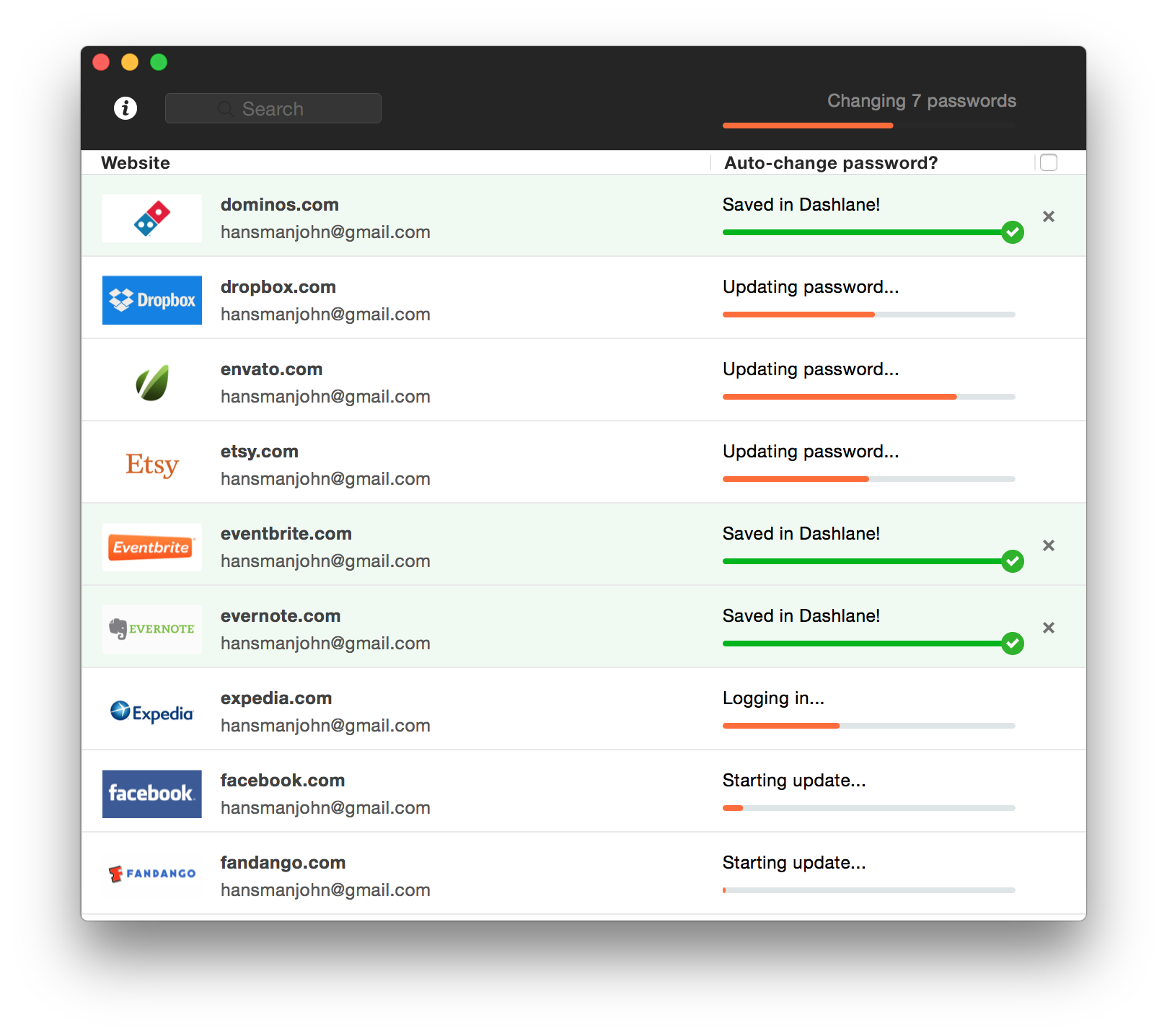 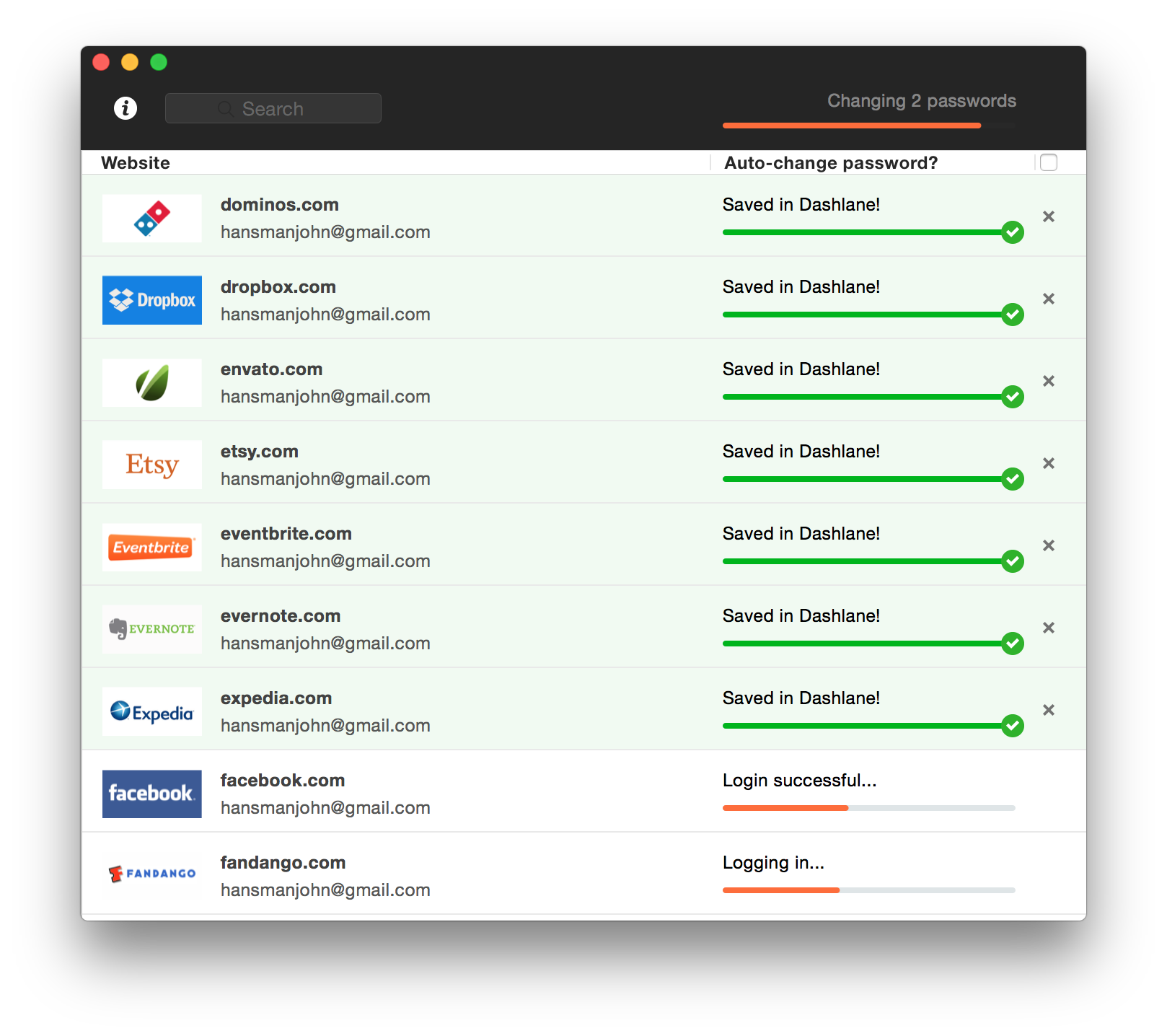 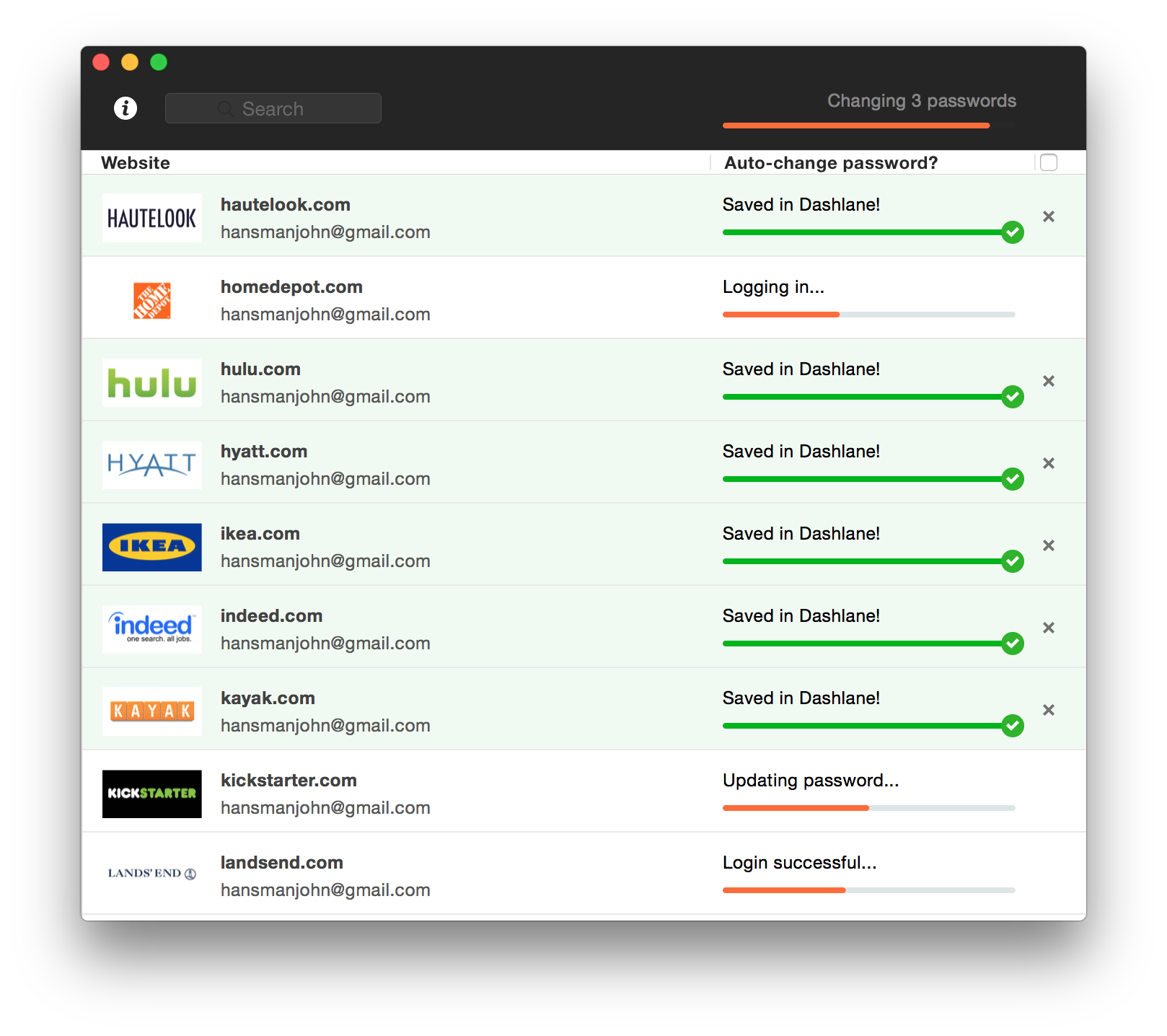 The Dashlane boss says integrating PassOmatic’s technology has been a major project: “It’s been in the works for about six months. They key is, when we change your password for you, it’s got to be incredibly robust. If it does fail, it doesn’t break your account.”

While Password Changer has launched with a limited list of supported sites, Schalit says it will grow rapidly: “We have the mechanics to grow to several hundred and then a few thousand sites. For the top 1,000 websites to change those passwords automatically, you’ve already solved a lot of the problems. These are the sites that are most targeted by hackers.”

Dashlane subscribes to realtime alerts from PwnedList, the Web’s largest database of breached credentials, and promises to alert its users when their accounts are affected. Schalit says: “We are able to flag all of your accounts that might be affected and let you change those passwords instantly.”

Despite talk about biometrics and universal logins, he believes the password is going to stick around for a long time: “The problem is not passwords, it’s asking humans to use and remember passwords.”

Read next: How to protect yourself against hackers