Is it worth startups from outside Western Europe attending the big conferences in cities like London, Paris, Amsterdam, Dublin and Berlin? Greek journalist Eleni Natsi asked startups talked to startups from Southern Europe, South America and Africa at the Dublin Web Summit to find out.

Last week, a record total of 9,834 attendees from around the globe joined 872 early-stage startups and a lineup of more than 350 distinguished speakers at the Dublin Web Summit.

Apart from the big names, one of the major highlights this year was most definitely the participation of startups from all over the world, including startups from the diverse emerging scenes of Greece, Cyprus, Nigeria and Brazil. We took a little time to meet them and here we share with you their impressions of the Summit:

Despite the severe economic crisis in the country there is palpable dynamism in the newly born ecosystem of startups.  Most recently, BugSense, a leading analytics solution for machine data generated by mobile devices, was acquired by Splunk while at the same time several new companies which were built from the ground up are now funded and expanding in global markets.

Seven startups from Greece were selected to exhibit in Web Summit this year as part of its Alpha program. One of them was Workable, a company that has developed simple recruiting software for startups and fast-growing companies. Workable has recently opened an office in London and recruited a new VP of Sales who is considered a startup recruiting veteran (previously having helped the likes of Wonga and MindCandy hire top talent).

Workable already has customers in North America and Europe and it’s quickly becoming the recruiting tool of choice for successful technology startups like Transferwise, InVision, Vend and EDIT. When it comes to the Web Summit, Workable’s CEO Nikos Moraitakis states, “We are very satisfied with the Web Summit. In the two days we’ve been here, we demoed our product to 150 potential customers and we are pretty sure that we will close a number of deals with many of them.” Nikos Moraitakis believes that creating a company in Greece is not an obstacle so long as the company delivers a product that virtually sells itself.

“I don’t think that there’s any prejudice towards Greece, it all depends on the quality of your product”

Kris Leonidou, CEO of Juengo, agrees with Moraitakis, “We made some very good contacts with startups and potential customers from all over the world. We were also approached by two investors. I don’t think that there’s any prejudice towards Greece, it all depends on the quality of your product. Whilst in the US I was constantly told how good our Greek engineers are – people were already familiar with the work of BugSense and Weendy which had already made their way there.”

Juengo is an online services company offering a platform for  communities to  design and execute rewarding campaigns by providing ‘juengos’ – a currency-like credit system – to their users for certain actions.

Users collect juengos from various communities and they may use the currency to purchase digital and physical products that are made available on the Juengo Market from various merchants.

For Vasilis Georgitzikis, co-founder of another Greek startup called Codebender, having a stand at the Web Summit was a positive experience as well which showed how much the Western European startup community had improved and grown in the past few years.

Codebender is based in Greece and has received funding from the Bulgarian LAUNCHub seed fund. It’s an online IDE for Arduino hackers and engineers that allows people to code online, collaborate and develop software for embedded hardware faster and more effectively. However, Georgitzikis also said, “Compared to more established but much less crowded events, such as those in the US where we have participated, here people are bombarded with hundreds of startups and simultaneous events so they are less engaged with each individual startup.”

Another Greek startup called Turing Data has developed a predictive analytics platform for financial/insurance services. They said that despite the ‘startup overcrowding’ at the event they were approached by investors and companies with specific interest in the finance/insurance sector.

Equally positive impressions of the summit came from startups such as Elio,  which has developed a SAAS that helps  companies optimize the process of recruiting new partners, and Juke – a virtual ‘jukebox’ from your smartphone, which allows you to choose the music you want and listen to it at the store you have checked-in at.

Also, on the way to building new partnerships as a result of their participation in the event is another Greek startup Radiojar according to its co-founder, Stathis Koutsogeorgos. Radiojar has developed a platform that allows web radio station owners create and manage a professional-grade station through their web browser and has recently secured 333.000 euros in funding from the PJ Tech Catalyst Fund.

What about Cyprus? Cyprus is another country that has been heavily hit by severe economic crisis and yet appears to have a dynamic and evolving startup scene. Four startups from Cyprus were selected to exhibit and one of them, Funifi, was shortlisted for the PITCH competition – pitching in front of international investors.

Funifi has developed an iOS or Android app and Web-based platform through which parents are able to add tasks for children who then receive a feed of chores to be completed. As children complete the tasks they accumulate points and are able to exchange the points to purchase digital goods such as mobile apps & games, mobile credit & data plans or popular music & video subscription services.

CEO of the company Andrew Michael says, “The Web Summit was incredibly successful for us. We were approached directly from several angels and VCs at our stand. A few had already highlighted Funifi prior to the event and had pre-arranged meetings with us. It was also good to see what a big interest there currently is from investors in our field and how few companies are currently catering to the market.”

“We received great feedback from potential users of the app and accumulated a few hundred users interested in the Beta version to be released in the next ten days. Coming from Cyprus, the biggest problem is also the biggest advantage. The market is small so it forces companies to think globally. We have not met any investors who have been concerned about us being from Cyprus, although we are all Cypriot and have been living in Cyprus for 10+ years, the three founders were born in Australia, South Africa & the UK and moved to Cyprus after finishing school.

“The biggest challenge for Funifi is to ensure we build a product that can scale across markets as we are dealing with a product that has certain cultural bias it needs to be adaptable to users around the world.”

In order to rebuild local economies and catalyze local startup ecosystems, Desk&Co, another startup based in both Cyprus and Manchester, UK, connects creative types, startups and entrepreneurs looking for places to work from with businesses who are finding themselves with a growing number of empty desks.

Hector Kolonas, CEO of Desk&Co, says, “We, like many startups in smaller cities and crushed local economies, are finding it hard to get access to the services we need (and can afford) let alone the funding we need to grow even faster. This is primarily why Desk&Co connects startups like us to professionals who want to actually help drive growth. The Web Summit was a great experience for us since we came to speak to startups about what their local ecosystem needed to be able to grow their business faster, and we connected with over 200 entrepreneurs and startups from around the world.”

Also at the Web Summit were startups Book n’ Bloom – a smart tool that helps small businesses that want to release and use the power of Facebook to grow their business – and Calendize, which develops a social calendar that let’s you discover, plan and share life’s great events.

Despite the lack of venture capital, the extremely high costs of doing business in Nigeria and the sparse infrastructure, it seems that considerable effort has been exerted by Nigerians to overcome these problems and build new companies. In this year’s Web Summit two startups from Nigeria were selected to participate: MyMusic, an online music distribution platform that will be released later this year, and Insidify, a job aggregation website that integrates social media so that job seekers can have a unified search experience.

When asking Damola Taiwo co-founder of MyMusic, about his impressions of  the Web Summit he replied, “At the Summit, we met a lot of other startups and we were also lucky enough to get the opportunity to speak to investors. A few even had interest in African ventures. It’s true that we face infrastructural challenges and need to put in a little extra effort in order to build trust in our venture.”

As for Insidify, co-founder and CEO, Olamide Okeleji states, “We got some insight into what other start-ups around the world are doing – this we found enlightening.  As for the investors, the lack of experience with investing in Africa was a limiting factor. Nevertheless, we are in discussions with some of them.” 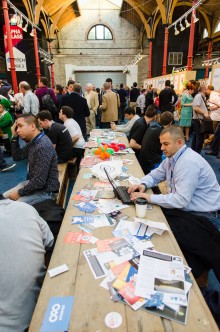 Another emerging startup ecosystem is that of Brazil. Recently, Brazil’s Ministry of Science, Technology and Innovation decided to invest up to $78 million in 100 local and foreign startups that apply for a new Start-Up Brasil program which aims to create local jobs.

At least ten startups from Brazil were present at the Web Summit this year. One of them is Talent Sentiment – a Web and mobile app that allows employees to intuitively and safely express their emotions and opinions regarding key performance areas of their company.

Talent Sentiment was shortlisted for the PITCH competition at the Web Summit in front of renowned investors. According to Tasso Gama, CTO of the company, “The Web Summit was very useful for us in terms of networking and we got useful feedback from the investors we pitched in front of. I liked the fact that there were no separate booths for startups which were organized according to each geographical area country much like other conferences in the US that we have attended. Also, there was a speed dating event with investors – a great idea, although not all of the investors showed up which made it a little less worthwhile than it could have been.”

Ronaldo Luix Sella Filho, CEO of IntelliMotion, a company that aims to make home automation easy, integrated and smarter, also left satisfied with his company’s participation at the summit.

Another startup from Brazil called Retroca aims to provide middle class Brazilians with reasonably priced to kids’ clothing, which is normally extremely expensive in Brazil. Retroca is an online platform where parents can buy and sell near-new branded kids clothing at affordable prices. The site ensures quality and ease, since all the pieces are bought by Retroca from rich families and sold on its website.

According to Caio Sagae co-founder and COO of  Retroca, “We want to provide kids clothing at reasonable prices to Brazilian families and the Web Summit was an excellent opportunity for us to get exposure from media in Brazil as a result of our participation. We spoke to some investors – though we do believe that it’s harder to get investor’s attention easily here because they are focused on Europe at this summit.” 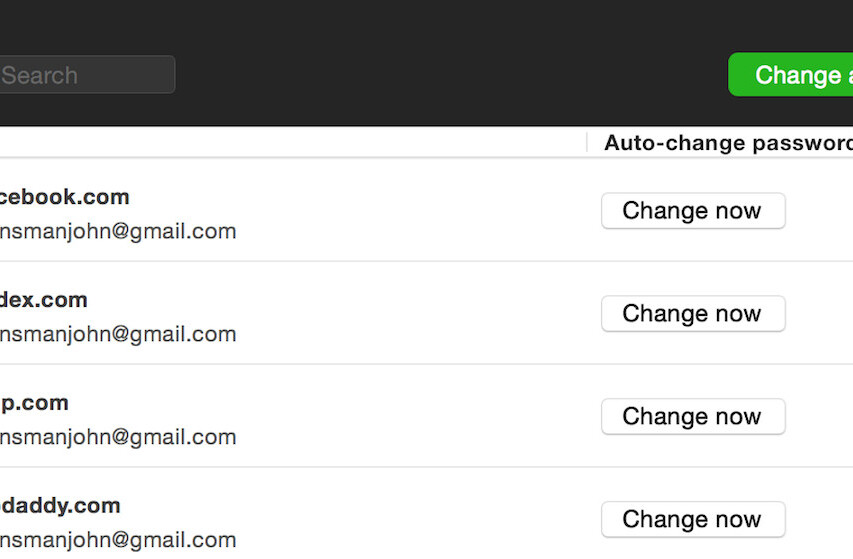