Thanks to their public APIs, there are no shortage of tools that allow users to post updates to Facebook and Twitter. In such a competitive space, developers need to differentiate their offerings in order to stand out.

Crosspost — a new Mac menubar app from iPhone and Android developer Stefano Di Luca — aims to do just this, packing additional features into the tiny app, including features to differentiate posts between Facebook and Twitter, preview links and more.

Di Luca says that the app aims to stop carbon copies of updates appearing on the two social networks when a Twitter account is linked with Facebook, which sees links shortened to t.co URLs and previews of the page disappear.

Crosspost solves this by connecting to both your Facebook and Twitter accounts (also supporting Facebook Pages), displaying a small text box that awaits your status update.

The app is primed to detect links the minute they are entered, automatically converting them into a small link preview ready for Facebook. If the link you wish to share is in your browser windows, hit the “Get from browser” button and it will grab the URL from Chrome/Safari/Firefox and drop it into your update.

Perhaps the most useful feature is the ‘Twitter Selector” option, which allows you to specify a slightly different version of your update specifically for Twitter. For example, a potential status might take up more than 140 characters, but with the Twitter Selector feature, you can highlight part of that message, ensuring it stays below the limit:

Because I had selected only the text and not the link, Crosspost ensures that the Twitter post only contains the information I specified. If you include an @reply or hashtag, the app will auto-remove them from Facebook updates when the same message is posted to both services.

Crosspost sits in the menubar of your Mac, just a click away. However, if shortcuts are more your thing, hit Ctrl + Shift + P and the share box will pop up ready for you to post.

The app supports multiple Facebook and Twitter accounts and is optimised to support Apple’s Retina Macs. It will set you back $2.99/£1.99 but if you are someone who posts a lot of the same updates between the two services, Crosspost could be invaluable. 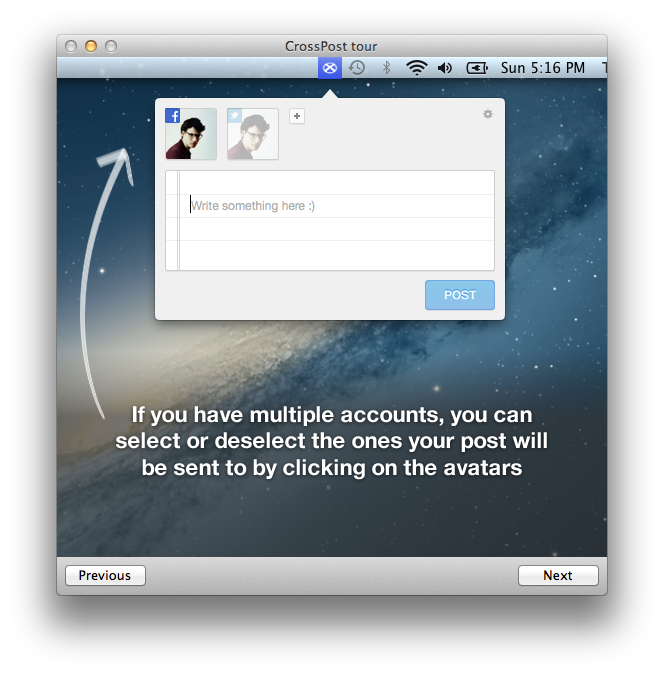 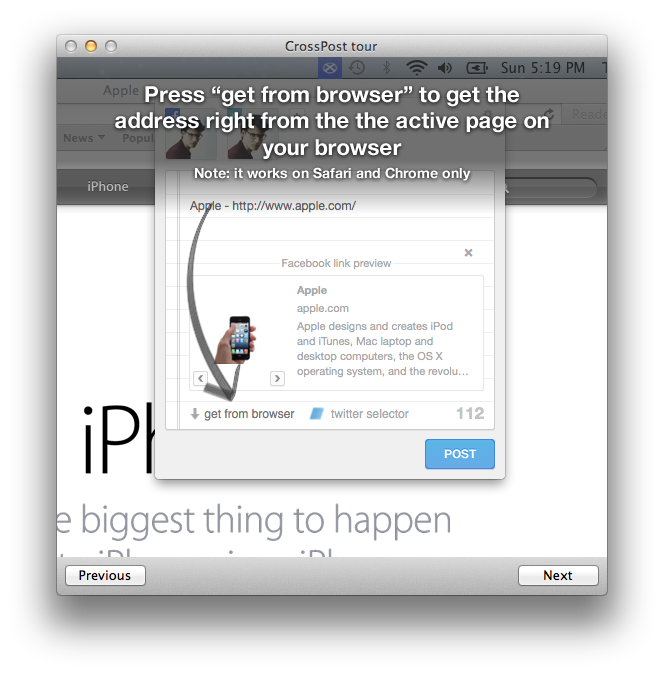 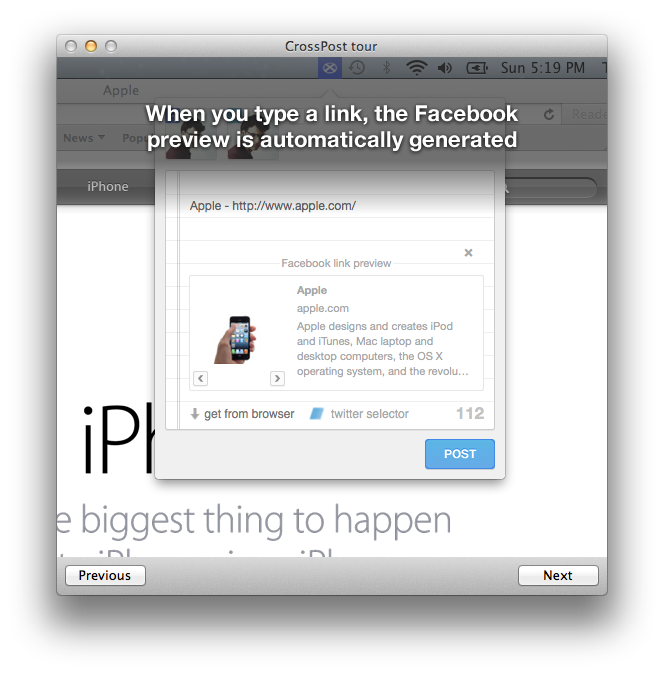 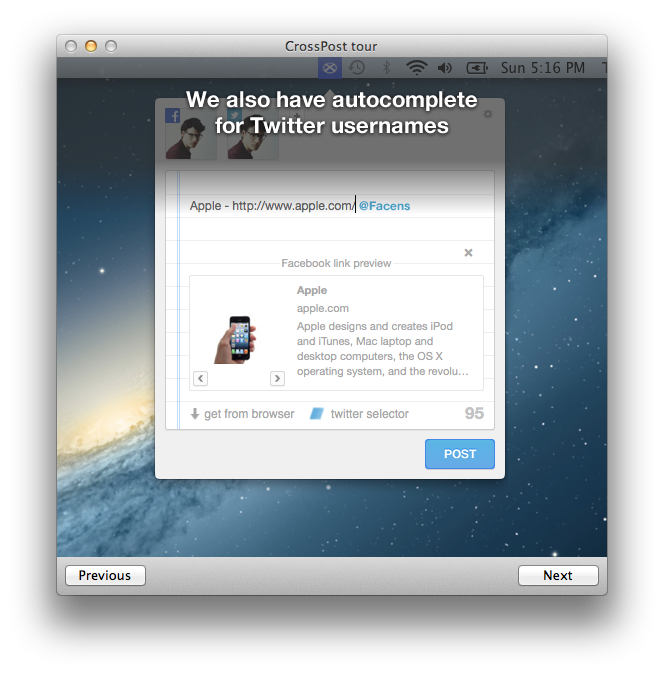 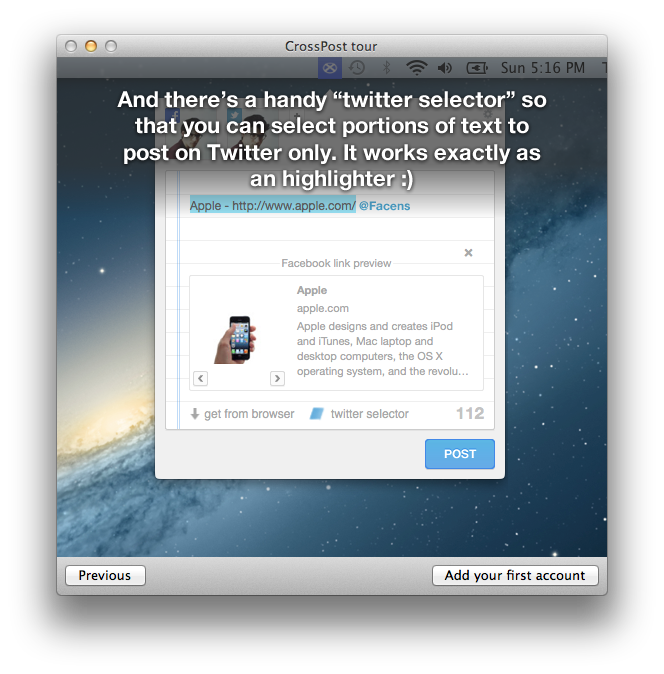