The Next Web got wind of this cool little demo game this week, one that lets users tap the mystical power of their iOS devices and use it as a controller for a game on a desktop browser.

A product of London-based Web development company WebDigi, Spaceship Pilot is an unremarkable game in its own right – it’s basically just Space Invaders. But it does help to demonstrate the latent potential of HTML 5 gaming when used in conjunction with the tech contained within modern smartphone devices.

When you visit the site, you’re invited to scan the on-screen QR code:

This then triggers the game on your browser and kick-starts the control-pad you didn’t know you had on your iPhone, iPad or iPod Touch.


The accelerometer support within Mobile Safari enables the browser to sense movement, speed and direction with Javascript on iOS devices. This movement data is channeled from the iOS device directly through a node.js server to the browser. 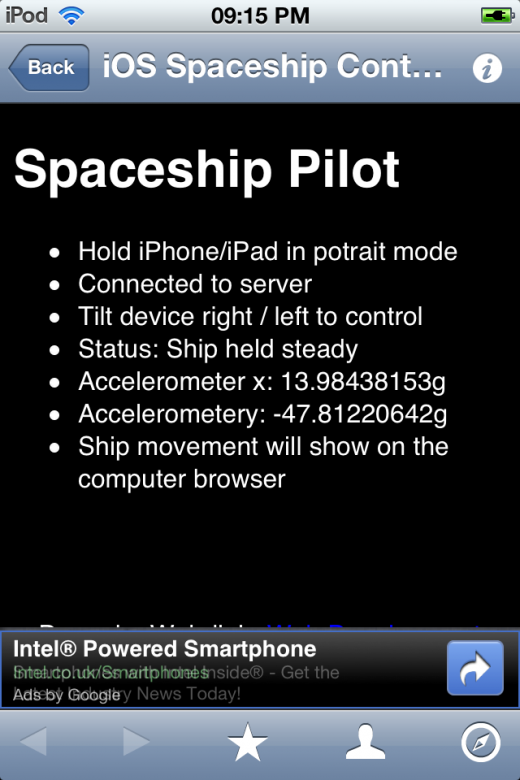 You can read the full technical overview of how the game was put together here.

The current incarnation of the game uses only X-axis movement, but all three dimension values are available on iOS Safari. This means that it is possible to do much much, much more with this kind of set-up, for example it could be configured so that the ship fires when a user ‘shakes’ the device.