Consumer Watchdog this morning announced that it has won the right to oppose Google’s recent record $22.5 millionsettlement with the Federal Trade Commission (FTC) because it allows the Internet search and advertising giant to deny violating an earlier privacy consent agreement.

In a statement, the non-profit organization points out that U.S. District Court Judge Susan Illston has granted Consumer Watchdog the right to oppose the “inadequate” settlement, basically giving the public interest group’s lawyers until 21 September, 2012, to file an amicus curiae brief.

The organization isn’t pleased with the settlement agreement between Google and the FTC because it frees the Internet firm from admitting guilt.

Consumer Watchdog had originally filed a complaint in February 2012 about Google violating the so-called “Buzz Consent Agreement” with the FTC, alleging that Google was circumventing privacy settings on Apple’s Safari browser.

After review of the briefing, the Court will schedule a hearing if deemed necessary.

“Google executives want to buy their way out of trouble with what for them is pocket change and then deny doing anything wrong.

Allowing this settlement undercuts the entire regulatory process. Companies and their executives must be held accountable when they violate legal agreements.”

In her order, Judge Illston said Google and the FTC would have a week to respond after the amicus was filed. To be continued, no doubt. 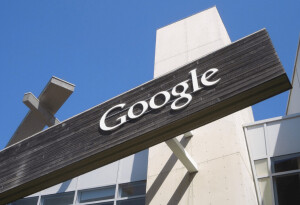