Mobile advertising startup madvertise has acquired Turkish rival Mobilike in a move that demonstrates the ongoing consolidation in the mobile ad space.

The German company used part of the proceeds from its recent $10 million funding round for the purchase, but chose not to disclose the financial terms of the deal.

Madvertise, which is based in Berlin and offers location-based advertising, audience targeting, mobile rich media and video advertising solutions to its clients, says the acquisition brings its total reach to just south of 2 billion monthly page impressions.

Roughly 300 million of those impressions will come via Mobilike.

Founded in 2009, Mobilike has achieved more than 60 percent market share in Turkey, a fast-growing economy with a thriving digital sub-economy.

“With high mobile penetration and a predominantly young and affluent captive audience, our presence in Turkey is the logical step towards market leadership in Europe.” 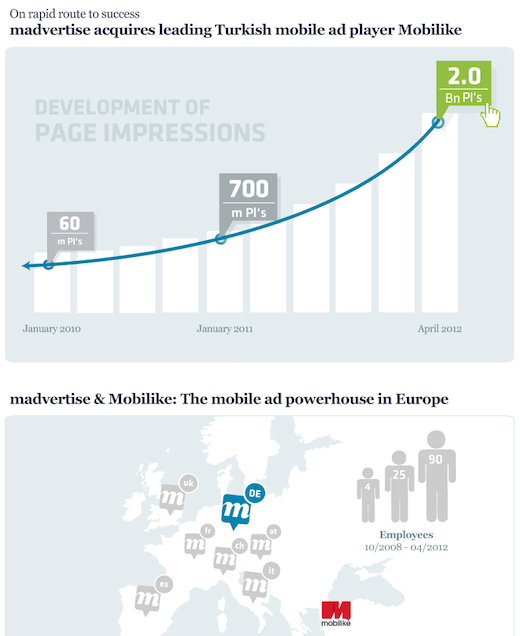