Creepy sunspots seen by astronomers at the GREGOR telescope in Europe reveal our parent star in unprecedented detail. The images also show just how creepy sunspots can look.

“This was a very exciting, but also extremely challenging project. In only one year we completely redesigned the optics, mechanics, and electronics to achieve the best possible image quality.” said Dr. Lucia Kleint, who led the project.

Solar granules shown in the images resemble popcorn. Hot plasma rising from beneath the surface of the Sun produce bright centers at the centers of the granules. As this material moves outward, it cools, falling back at the edge of the convection cells, producing dark rims. Each piece of this solar popcorn averages 1,500 kilometers in diameter — roughly 10 percent as large as the Earth.

Although sunspots appear dark, they are actually quite bright — but compared the ultra-bright solar surface on which they sit, they are darker than their surroundings.

“Records of naked-eye sunspot observations in China go back to at least 28 BCE. In the West, the record is much more problematical. It is possible that the Greek philosopher Anaxagoras observed a spot in 467 BCE, and it appears that there are a few scattered mentions in the ancient literature as well. However, in the dominant Aristotelian cosmology, the heavens were thought to be perfect and unchanging. A spot that comes and goes on the Sun would mean that there is change in the heavens,” The Galileo Project reports.

When the famous astronomer Galileo first reported seeing sunspots through a telescope in the early 17th Century, some critics believed they were undiscovered planets orbiting close to the surface of the Sun.

A sight for sore eyes

Soon it got dusk, a grapy dusk, a purple dusk over tangerine groves and long melon fields; the sun the color of pressed grapes, slashed with burgandy red, the fields the color of love and Spanish mysteries. ― Jack Kerouac, On the Road

The GREGOR telescope, the largest solar telescope in Europe, is able to resolve detail on the Sun’s surface as small as 50 kilometers (31 miles) across. This resolution is equivalent to photographing a needle on a soccer field from one kilometer (5/8 mile) away.

In March, as Spain was in lockdown, the astronomy team was stranded at the observatory. They spent their time re-designing their optical laboratory, located at the Teide Observatory in the Canary Islands.

Just like human eyes, telescopes are subject to problems, including astigmatism, a condition where eyes are not exactly round, producing blurry images. The GREGOR telescope also suffered from this defect, which astronomers corrected with the addition of a pair of parabolic mirrors polished to a precision greater than 1/10,000 the width of a human hair.

“A past drawback of GREGOR was that its image quality did not reach the theoretical limit, partly because a risk was taken with untested technologies, such as silicon carbide mirrors, which could not be polished well enough, and partly because of design problems. These difficulties have recently been solved by replacing all silicon carbide mirrors with mirrors made of Zerodur, which can be polished to the required quality, and by redesigning the AO relay optics,” astronomers who participated in the upgrades describe.

However, following completion of the upgrades, snowstorms prevented observations to test the system. When Spain re-opened in July, the team came back to the observatory, where they took the most-detail images of the Sun ever produced.

“The project was rather risky because such telescope upgrades usually take years, but the great team work and meticulous planning have led to this success. Now we have a powerful instrument to solve puzzles on the Sun,” states Svetlana Berdyugina, professor at the Albert-Ludwig University of Freiburg and Director of the Leibniz Institute for Solar Physics (KIS).

Sunspots appear and disappear every 11 years or so (although the cycle is actually 22 years long), and we are just now starting to see more of the features following the most recent minimum.

As solar activity become visible once again, astronomers at GREGOR and other telescopes in and above the Earth, including the Daniel K. Inouye Solar Telescope in Hawaii, will be keeping a close watch. 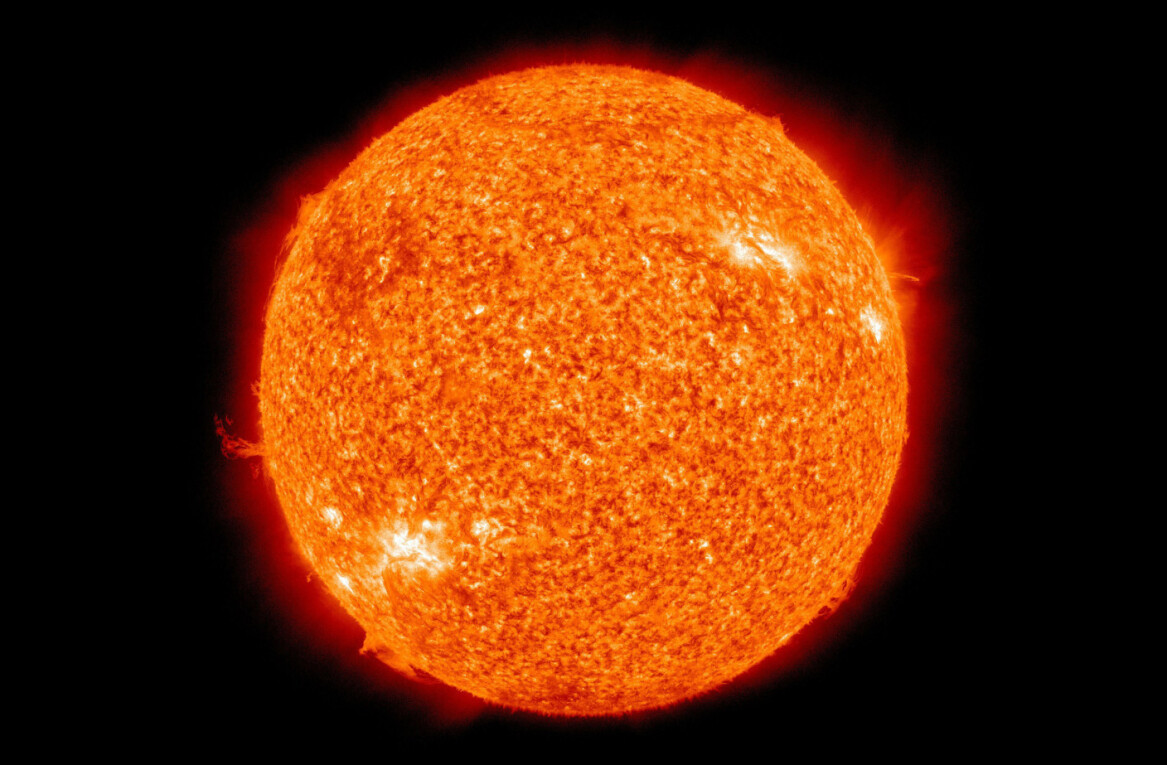