Quite often the best insights about technology companies aren’t found on the hallowed pages of technology-exclusive publications, but rather on finance websites and blogs. Indeed, in the run up to the iPhone 7’s launch, we learned much about the Apple’s upcoming flagship phone from insights gleaned from industry analysts working for banks and funds.

I’ve made it my goal for 2017 to read more finance news. The problem is knowing where to look. There are hundreds (if not thousands) of money-oriented blogs, websites, and twitter feeds, with some more reliable than others.

Enter CityFalcon. This app — available for iOS and Android — is a bit like a curated RSS reader for finance. Just tell it what you’re interested in (this can be in the form of ticker symbols, or things like ‘GBPUSD’), and it’ll pull from its carefully-selected sources news it thinks you’ll be interested in. 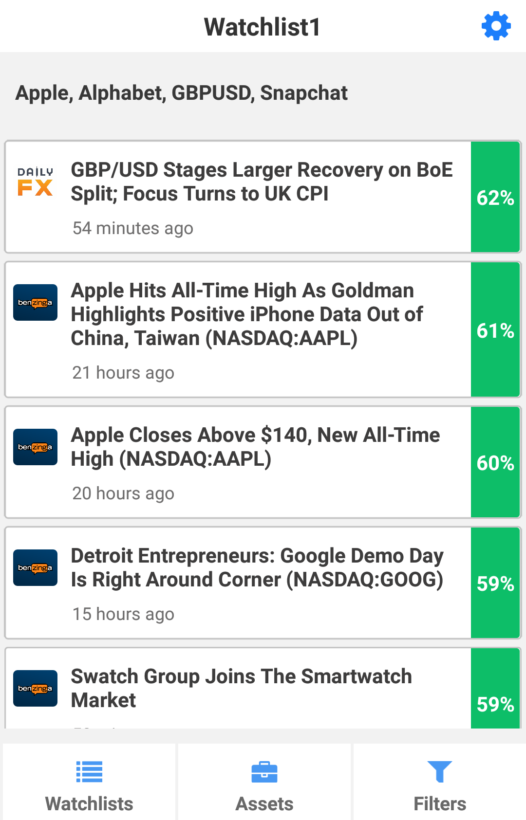 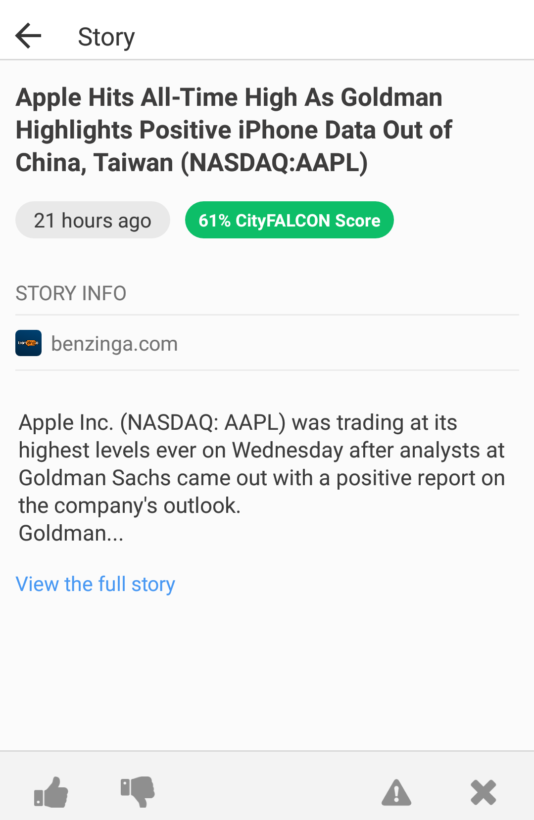 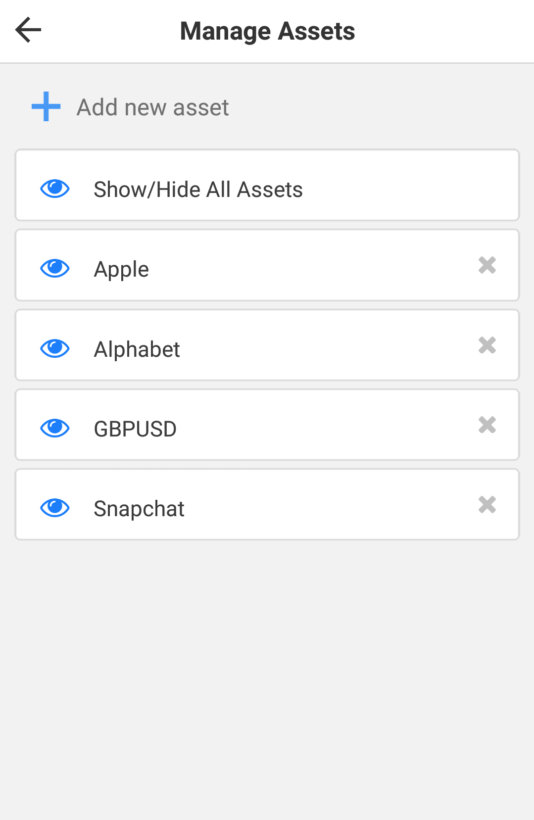 It’s worth pointing out that this isn’t just from news websites and blogs – like Business Insider, CNBC, and Yahoo Finance. It also sources from selected Twitter accounts, so don’t be surprised if you see Jim Cramer (yes, I know) pop up in your feed occasionally.

For what it’s worth though, it’s possible to refine the content you see, in order to filter out specific sources and categories of information.

CityFalcon founder Ruzbeh Bacha explained that the site has over 200 different sources of information, all manually added and selected. “We focus on relevancy to financial asset and on personalization based on who the user is  –  a long term investor or a day trader,” Bacha explained.

To ensure the quality of the content shown to the user, the app uses a complicated machine learning algorithm which is used to give each item a score, in order to separate the wheat from the chaff. Bacha explained the justification for this: “We want to get rid of fake, less relevant and poor quality articles from the user’s feed.”

CityFalcon isn’t exactly a new company. It was founded over two years ago, and has since attracted £625K in funding, with a team of 15. But despite that, it’s yet to realize Bacha’s dream of a “Spotify for money,” where premium and paywalled content can be aggregated and sourced under one roof. But given the state where it is right now, I wouldn’t be surprised if it eventually reached that point.