China Mobile has launched two self-branded smartphones today, with one that is retailing at a mere RMB499 ($81), becoming the first-ever Chinese operator to manufacture phones as it seeks to increase its diversity and make up for not offering the iPhone on its network.

The world’s largest operator announced the launch of its phones on its official Sina Weibo page. The phone that is priced at RMB499 is a 4-inch smartphone called M601, which is powered by a MARVELL dual-core A9 1.2G high-speed processor and features a 3-megapixel rear camera.

The other smartphone being launched is China Mobile’s flagship, called the M701. The 5-inch device is powered by a MTK6589 quad-core 1.2G high-speed processor and features a 8-megapixel rear camera as well as a 1.2-megapixel front-facing camera. It also has a dual microphone function meant to reduce noise and result in clearer audio.

The M701 includes 4G-LTE compatibility, according to images of the device. China Mobile is, of course, yet to roll out its 4G network so it preparing for the future — and faster mobile Internet — with the device. 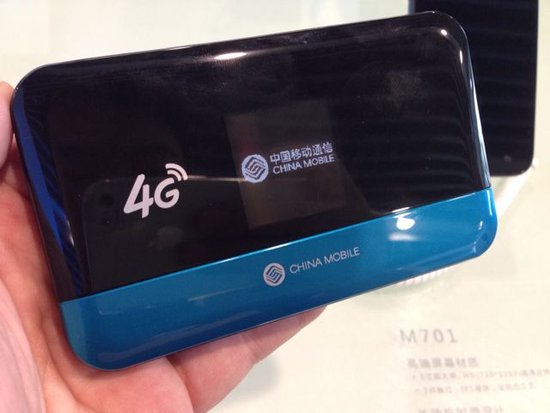 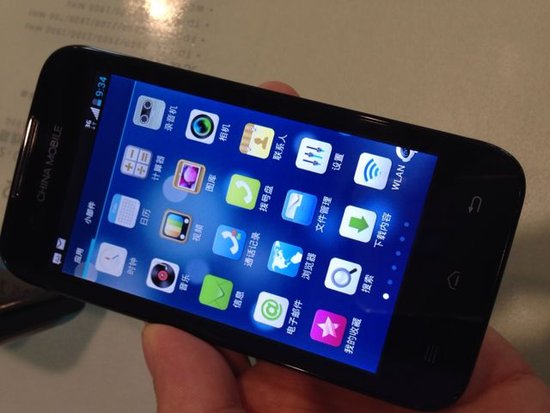 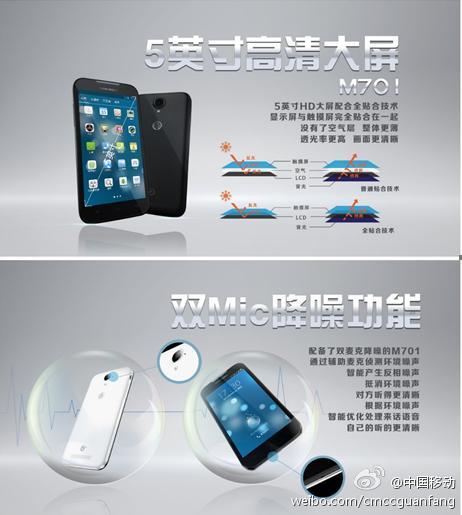 China Mobile did not specify the price of its flagship phone on its Weibo page, but according to Tencent Tech, it is retailing at RMB1299 ($212). Both phones will go on sale in mid-August.

The company did not specify which operating system both phones will run on, but a Techweb report says that it will be powered by Android, running Jelly Bean (version 4.2).

In the Tencent Tech report, China Mobile says that it wants to broaden its appeal and give consumers more choices by also entering the end-product market, as it expressed optimism that the development of mobile Internet in the country will continue growing rapidly.

China Mobile is the world’s largest mobile operator with over 700 million subscribers and its latest move, along with the steps it has taken so far this year that include LTE preparation and a possible Apple deal, is certain to draw even more consumers to it.

In April this year, reports said that China Mobile was aiming to launch its LTE network for public usage — the first 4G service in China — by August, though that is yet to come. In preparation for the 4G launch, it had already deployed more than 200,000 TD-LTE base stations across 150 different locations in the country.

Earlier this week, China Mobile also confirmed that its chairman met Apple CEO Tim Cook, hinting again at a possible iPhone deal. China Mobile is the only Chinese operator that does not offer iPhones and iPads.