Remember the ‘Charlie bit my finger – Again‘ viral video? The one where a kid (Harry) sits with a baby on his knee who proceeds to bite Harry’s finger and giggle at the resulting wails? Yep, that’s set to become a series.

Viral Spiral, the management company for viral content and Rightster, the video monetisation and distribution specialist have teamed up to produce an original series based on the antics of the two boys.

‘Rightster has made a strategic investment in Viral Spiral to create Viral Studios. The new arm of the company will co-produce and finance new digital content based on one of YouTube’s most viewed viral videos. Rightster will also offer sponsorship avenues around orignal content and drive YouTube syndication for additional marketing.

‘Charlie bit my finger – Again’ was posted in 2007  and has been seen almost half a billion times. Quite how this one scene will translate into a series is unknown, but if the kids are as amusing enough to drive similar viewing figures in the rest of their activities, it’s possible that the definition of ‘child star’ might have to be rewritten. 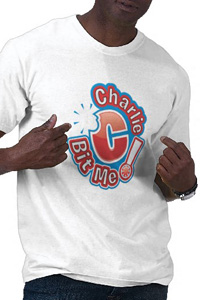 Last year it was estimated that the family made more than £100,000 via the 57 second video. As memes tend to, the video also sparked its own blog where people can keep up with the boys adventures and even T-shirts and apps for Android and iOS. Not bad work for a video uploaded to YouTube because email would not cope with the file size.

Damian Collier, Founder and CEO of Viral Spiral commented: “We’re delighted to announce this strategic partnership with Rightster which will allow Viral Spiral to build on its expertise in developing value around hit viral properties. Today we’re at an inflection point where online content truly is king and has the ability to shape the future of the entertainment industry.”

Just this morning, BBC Worldwide announced an expansion of its partnership with YouTube to provide content for viewers in the United States and Canada. It seems that the money is clearly going to be found via advertising, marketing and presentation on the Internet.

“We’re excited to be playing such a key role in the development of original content and programming at this pivotal time in the digital entertainment industry”, added Charlie Muirhead, Founder and CEO of Rightster. “Rightster Studios enables producers of all sizes to create the next generation of engaging online video programming, and we look forward to working with Viral Spiral to successfully distribute and monetise new, original content based on the existing strength of the ‘Charlie Bit My Finger’ brand.”

If for some reason, this corner of the Internet has escaped your attention, this is the original. Who knows that Charlie might get up to next and if it will cause Harry quite as much pain.