There’s a notification on my phone that says I’ll get “20 points” from the Desire romance app if I give my fiance a thorough medical examination. I’m no doctor, but I could use the points. I’ve been stuck on “mild” for a few weeks. I’d like to see what happens when things get “spicy.”

Desire is an app for couples. It lets you and your partner send each other sexy dares — among other things. Once you complete them, you earn points that are used to unlock new dares and other goodies within the app. There are plenty of apps that help you gamify your life, but Desire is one of the few that focuses on intimacy. 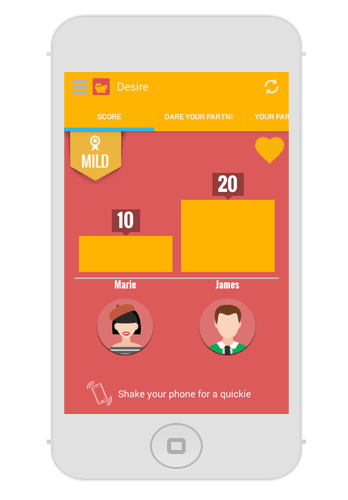 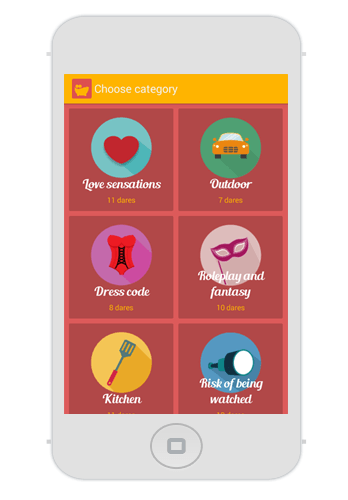 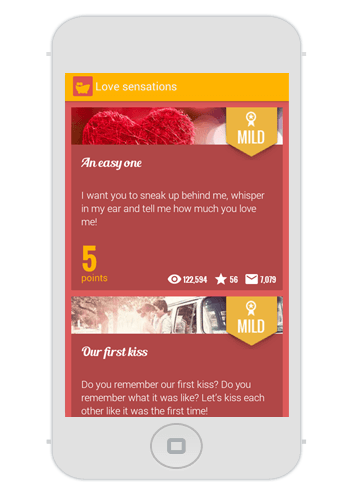 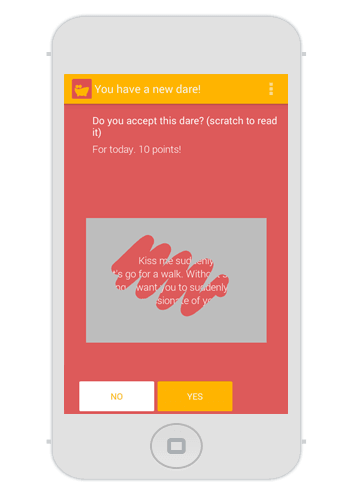 The gamification trend involves taking something that clearly isn’t a game – say, walking – and adding a framework to make it feel like one. Fitness trackers ‘gamify’ our health when they reward us with digital trophies and high-score notifications. Language-learning apps gamify our education by awarding points towards level-ups when we complete a lesson. None of these rewards are tangible, but they feel good to achieve.

But playing doctor isn’t the same thing as practicing Spanish or doing push-ups. Does anyone really need an app that rewards them for being intimate with their partner? The short answer: probably.

Technology makes it easier than ever to meet new people, but it doesn’t prepare us to deal with the cultural expectations and societal pressures that come with being in a committed relationship in the Tinder era.

When we begin a new relationship, it lives primarily inside our phones — a place where we can crop and filter our appearance and review our thoughts before we press send. Unfortunately, once we end up in a committed relationship, all that technological support goes away. There’s no swipe right for “I still love you.”

Communication in a relationship is already difficult, but that challenge increases when you’re used to expressing your romantic feelings and ideas through a digital medium.

As new couples acclimate to living with one another, there’s often a period where the frenzy of a new romance wears off and it looks like the honeymoon is over. But what used to be a sloping normalization is now more like plummeting off a sheer cliff.

Apps like Desire try to intervene on Cupid’s behalf by facilitating communication. It’s hard for some people to discuss their feelings; gamifying intimacy might make it easier.

TNW spoke with sexual wellness expert Jennifer Kowalski who told us that games like Desire have the potential to break up stale communication routines. She said:

Folks who are struggling to communicate with each other often think they’re communicating, when in actuality they’re not. They’re communicating with the idea of their partner (like having a conversation with that person in your head, and reacting to the actual live person, your partner, as if they had said the things that you imagined them saying).

Kowalski said she believes that gamifying relationships is an idea with “incredible potential.” When asked why post-commitment apps hadn’t experienced the success of dating apps like Tinder and Grinder she told us:

The reason why post commitment apps aren’t as popular, has to do with how we as a culture (let’s say Western industrialized culture) perceive post-commitment relationships. For example, when we think about marriage, in the broader mainstream … There is a perception that once a couple is married, that it is almost like they’re frozen in time at that moment and that the person they are when they marry is the person they’re going to stay for the remainder of their lives. Which is completely untrue.

When you look at gamifying intimacy as a form of communication, it starts to make sense. You might not need a slick app-based format to express your intimate desires to your partner(s), but that doesn’t mean you can’t benefit from the opportunity. And, as radical as it might sound to add a gaming framework to your love life, it’s not like the idea is new. Not really, anyway. People have been gamifying everything from their first kiss (Seven Minutes in Heaven and Spin the Bottle) to their entire lifestyle (BDSM-based total-power-exchange relationships) for longer than smartphones and apps have existed.

At the end of the day I’m still not sure if love, relationships, or intimacy should be gamified, but it’s clear that they can be. Everyone is different, and that means every relationship is different.

Desire probably won’t save a rocky relationship — experts tend to agree that you should seek therapy for that. But it might shake things up in a sexy, positive way if you’re looking for inspiration and opportunities to become more intimate with your partner(s).

There’s a lot of noise in our world. It’s nice to have a glowing icon on your phone screen that’s dedicated to love, intimacy, communication.

Now, if you’ll excuse me, I need to go find my stethoscope.