Burner, the app that lets you create temporary US phone numbers, is today expanding support to Australia. 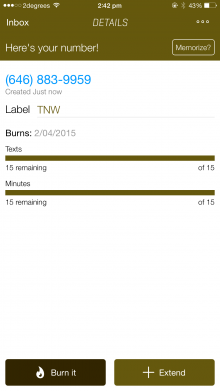 Users in these countries can now create those disposable phone numbers that are “burned” when no longer needed.

The phone numbers provided are still US numbers, but this means that customers in Australia can use them to do things like sign up for US-only services.

It’s also pretty handy if you’re traveling to the United States and don’t want to switch SIM cards or use your real local number while visiting.

Burner is free to download for iOS and Android devices, but requires the purchase of credits to create further phone numbers.

Update: Burner originally told us it would launch in New Zealand today but will do so in the future, not at this time.