Twitter CEO Jack Dorsey’s had his account hacked. Several tweets have been sent from his verified @Jack account, many of them containing racist epithets, threats, and extortion demands.

We're aware that @jack was compromised and investigating what happened. 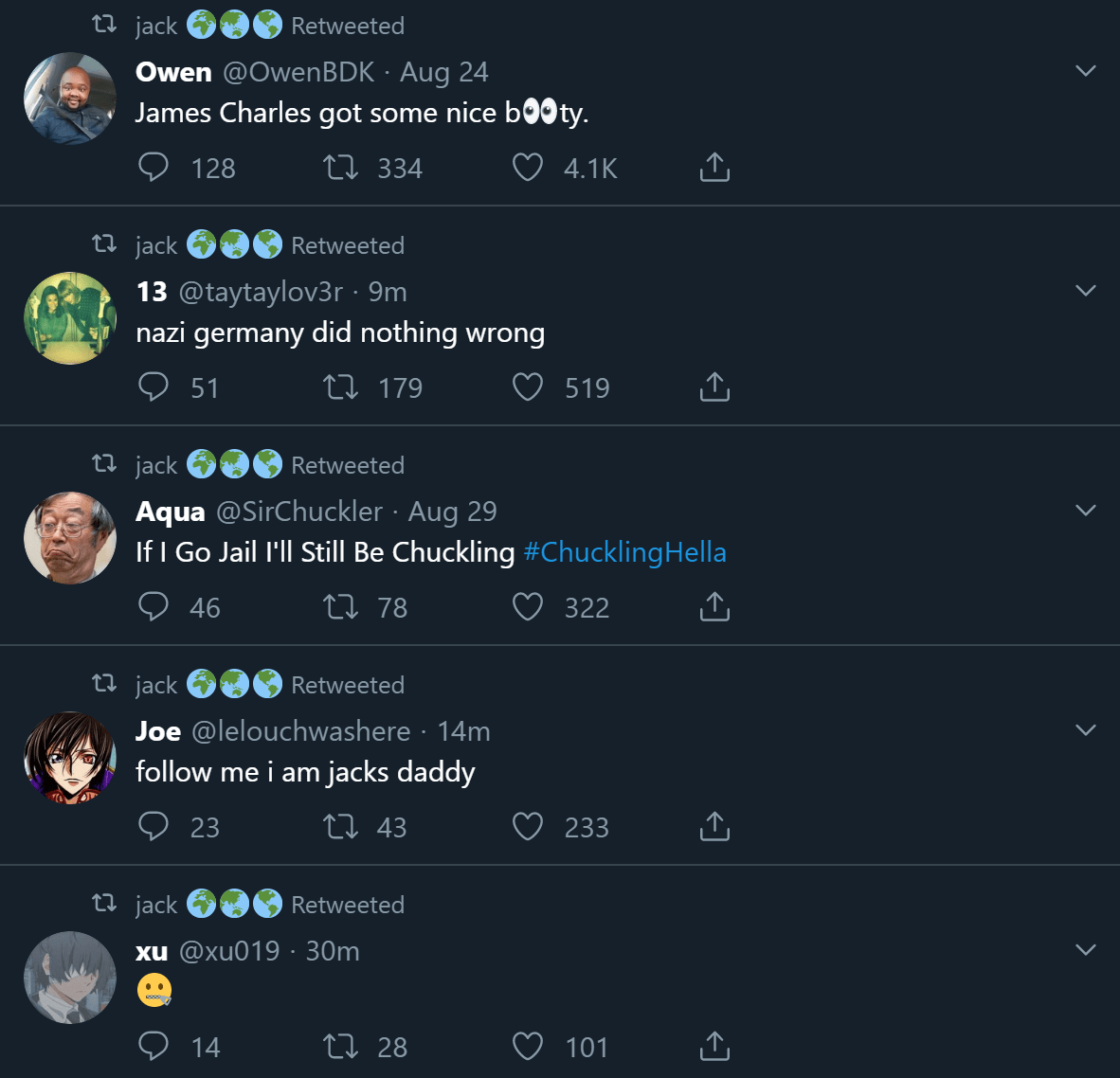 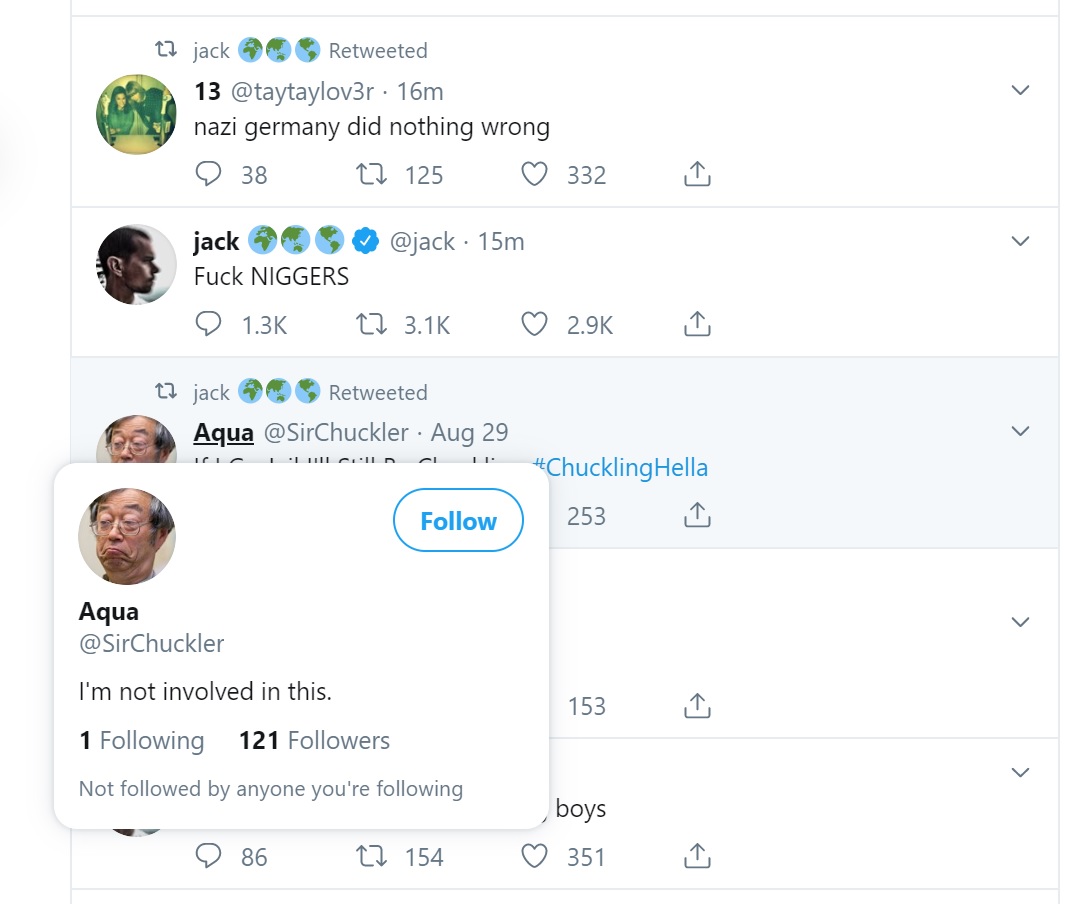 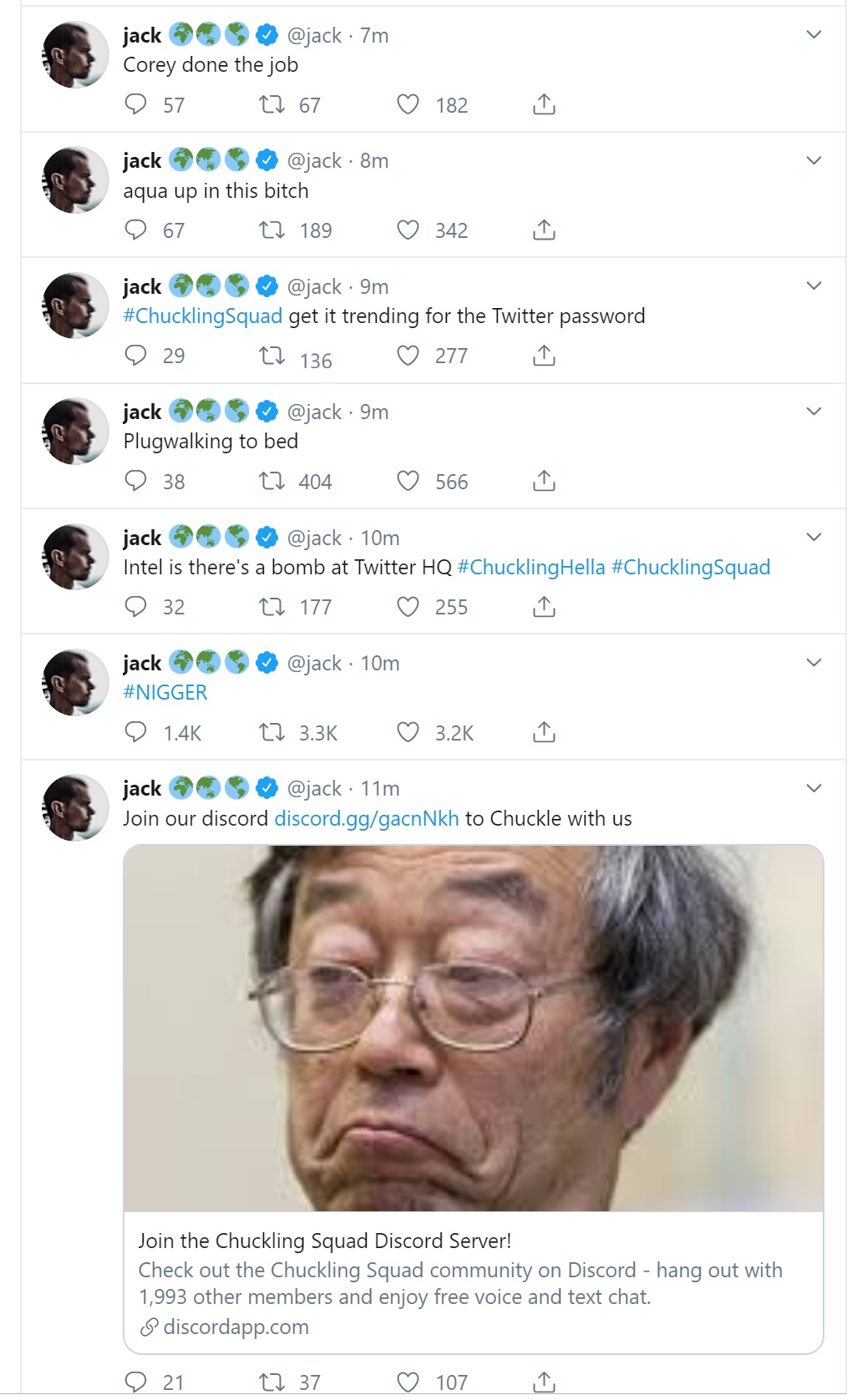 At approximately 12:45 PST today, tweets coming from the account seemed to be the work of either a hacker or a disgruntled employee. The attack appears to be a coordinated effort between several accounts, with many of those participating being immediately banned.

At this time it’s unknown if this is a prank or if threats contained in the messages are real. As of 1:15 PST (about 30 minutes after the first tweet) the offending tweets have been deleted. We’ve reached out to Twitter for more information and will update this post as necessary.

Update 1:25 PST: The attack was reportedly initiated by someone with access to software from a third party company that Twitter’s worked with:

The Tweets are coming from a source called Cloudhopper. Cloudhopper was the name of the company Twitter acquired a long time ago to help bolster their SMS service.

Looks like the hackers are Tweeting via the old SMS service… pic.twitter.com/YcU3DTn9wS