Baydin, the company behind the Boomerang for Gmail apps, has announced today that its native Android app now offers support for Microsoft Exchange accounts. 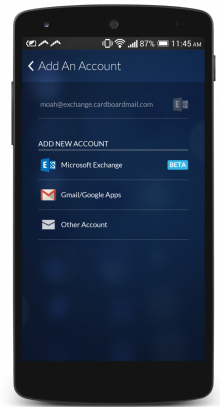 Available since June last year, the Android build has always been pretty handy at helping users deal with their inbox, but the omission of Exchange support on mobile devices would have ruled it out for people that wanted to manage work and personal accounts. Now, that’s not a problem any more.

Baydin said that as it uses Exchange Web Services to communicate with Exchange servers “the experience is much more feature ­rich than other third-party clients that connect via IMAP or WebDAV”, which could be music to the ears of mobile Exchange users.