One year ago, I sat down in the pink and white Birchbox offices to interview the company’s founders Katia Beauchamp and Hayley Barna about their explosive new subscription beauty startup.

Birchbox is an online service that sends coveted beauty samples to members’ doorsteps every month. For a $10 monthly beauty subscription, you’ll receive 4-5 product samples from the top 43 brands like NARS, Benefit, Laura Mercier, Stila, Korres and Cargo. Since its launch in September 2010, over 100,000 paid subscribers have signed up. There’s currently something of a wait-list but Beauchamp tells me they’re letting in literally thousands of new members each week.

Following the success of the beauty box, Birchbox is announcing that it’s moving into a new playing field: Starting today, you can order Birchbox Man, a $20 per month box filled with grooming accessories, lifestyle products and tech toys. The boxes are double the price of the Birchbox for women packages as they include full-size products and more expensive categories. At launch, Birchbox has partnered with established brands including Billy Jealousy, Costume National, Kérastase and Kiehl’s.

The decision to launch Birchbox Man followed a highly successful pilot test around the holidays as well as interviews with thousands of men. In November of last year, Birchbox launched its first gift aimed at men valued at $240 worth of products priced modestly at $45. The boxes sold out in 3 days, Beauchamp tells me, and over half of the boxes weren’t bought as gifts. The men’s box is pictured below.

The new Birchbox Man boxes will ship at the end of this month. If you prefer to just buy the products online, visit Birchbox Man to check out the online shop with more than 80 products like RumbaTime watches and Marvis toothpaste to Anthony Logistics for Men deodorant and Kérastase Pâte Capital Paste, to Field Notes notebooks and BAGGU backpacks and duck bags.

So, will a man pay for something like this, or is it more of a girlfriend’s gift?

Considering the first Birchbox Man box sold out in less than 3 days and more than half of the men were buying it for themselves, Beauchamp and Barna are confident that Birchbox Man will be a success. While women are quite good at reading beauty magazines and popping into Sephora between appointments, men are less adventurous when it comes to personal care. “Birchbox Man is about helping them discover new products and introducing them to categories they’ve never used before,” explains Beauchamp.

In terms of monthly subscription packages aimed at dudes, Birchbox Man is entering an interesting space. One recent success due to its viral advertising campaign is Dollar Shave Club, an LA-based startup that sends you a month’s supply of twin-blade razors for $1. Similarly, the NYC startup Guyhaus puts “your bathroom on auto-pilot in 3 easy steps” and offers monthly refills of shampoo, deodorant, razors and more.

Perhaps more in competition with Birchbox Man is the higher priced Bespoke Post, a “Shoedazzle meets Thrillist” subscription service startup that sends its members a recurring box of awesome every month for $45. It’s filled with “mancessories” like a skinny tie, a grill set, fine wine, or a slab of bacon. “The goal is to turn our members into the most interesting man in the world one box at a time,” says Bespoke Post’s founder Rishi Prahbu. 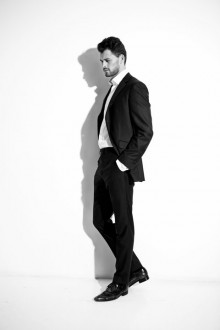 We asked a few guys in NYC what they thought of Birchbox’s upcoming offering. While one said he hasn’t tried any of the subscription services out there, he’d be up to try Birchbox as its a leader in the space.

Another guy wasn’t so sure —  “I use toothpaste (Tom’s), deodorant (Arm& Hammer) and whatever bar of soap is cheap. I’m pretty unlikely to subscribe. I generally either like a certain product or I buy what’s cheap. I’m not looking for beauty product discovery,” said the NYC entrepreneur.

Another NYC entrepreneur who’s familiar with the space added, “The cost to acquire a customer in the male demographic is very high in ecommerce because we don’t shop nearly as much as women online,” he said. “Men don’t seem to sample the same way women do. Men like to get in and get out with what they need while women browse.”

Will Birchbox inspire a new generation of dapper, finely groomed men? Men are a tricky sell to say the least. Birchbox Man will likely find its niche, and will be a go-to present idea for all the ladies out there. Let’s just say, I know a guy who used to work at Goldman Sachs, now he runs a startup and he still doesn’t know what an exfoliator is… I’ll be sending him the link below as soon as I hit this publish button.