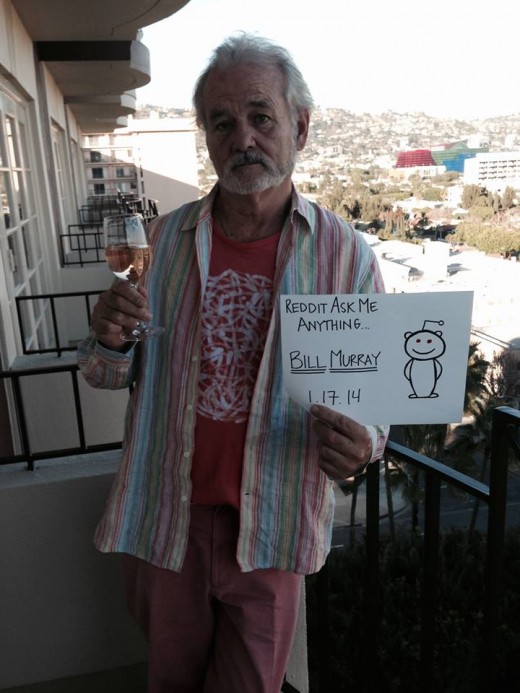 This weekend, Bill Murray took part in one of the most interesting Reddit AMA (Ask Me Anything) interviews in recent times.

Some of the topics that the veteran actor discussed with honestly include his experience hiring a deaf/mute assistant, how he teases Japanese sushi chefs, the story of how he remade Garfield, the case for recreational marijuana usage, his favorite sandwich shop, and more.

Here’s what Murray said when asked what his best film is:

Well, I did a film with Jim Jarmusch called Broken Flowers, but I really enjoyed that movie. I enjoyed the script that he wrote. He asked me if I could do a movie, and I said “I gotta stay home, but if you make a movie that i could shoot within one hour of my house, I’ll do it.”

So he found those locations. And I did the movie.