Something happens to you when you sit through 75 Y Combinator startups all vying for press coverage and investment dollars. Well, besides the fact that you body goes numb from sitting in a plastic chair for nearly seven hours, you see the patterns of a pitch: intro, product explanation, financials, team experience and a call to talk while they wander the event floor.

But while the patterns are similar, this latest batch included companies that were vastly different. From valet services for commuters to nuclear fusion. From a fellowship for data scientists to a projector for furniture showrooms. The Summer 2014 Y Combinator was long, sometimes confusing, but a good barometer on where technology is headed.

Here are the startups that we think are not just the best of the day, but potentially could be larger than what was presented on stage.

Retail showrooms take up a lot of space. Especially furniture showrooms. Many retailers end up with multiple versions of the same couch each with a different fabric. Vizera wants to change that with its projector technology.

The company proposes that there be just one couch with swappable fabric images beamed on to it. The results are impressive to look at, but it lacks the tactile feel of different fabric types. Still, if all you’re worried about is the look of the pattern, it’s cool way to see multiple versions of your next couch.

“Is this even legal?” was my first thought about Backpack. The service connects a traveler with customers in their destination country who want to purchase products that are cheaper overseas.

For example, in the United States, a laptop might be cheaper than it is in New Zealand. Via the peer-to-peer service, I post that I’m going to New Zealand and someone in that country might ask me to buy that laptop for them. I then fly to New Zealand, give them the laptop and collect a proceed of the sales, while they get a cheaper laptop.

Basically, you’re a mule. Now you might be breaking some tax or commerce laws, but hey, if it offsets some of your airline ticket, it can’t be all bad right? Right?

Here’s something you don’t hear a lot about in the Bay Area. People leaving high paying jobs to spend one year working on project that can bring about social good. But it’s happening at the Bayes Impact.

The non-profit takes 8-10 data scientists a year and throws them at 10 to 15 problems that will benefit society. For example, the same sort of data research that makes it possible for your Uber to arrive in a few minutes could be used to do the same thing with ambulances.

The team isn’t exactly hurting for scientists up for the tasks, the say they have already received 250 applications for the next round of eight spots. 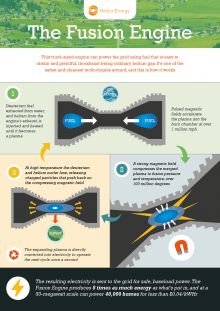 Nuclear fusion is cheap, clean power. It’s what powers the sun. Too bad no one has been able to make it work. But startup Helion Energy says it can have fusion ready to go in three years using magnets.

Is there anything magnets can’t do? It’s not only intriguing, but if they pull it off, the company could change the world. But, fusion is tricky and it’s going to take more than a slick presentation and fancy charts to make it happen.

We wish Helion Energy the best of luck in its endeavor and will check back with them in three years.

Let’s keep the nuclear theme going shall we? UPower creates shipping container-sized nuclear reactors that can be transported to and installed in remote locations.

The “kit” comes with two shipping containers. One has the tiny reactor that’s powered by thorium and buried in the ground. The other sits above ground and contains all the necessary instruments to needed to transform that power into electricity.

Now the UPower team assured me that the even if the reactor was breached, it would not create a radiation leak that would decimate a country side. In fact, you could safely venture near the reactor the next day because instead of spewing out, if breached it would stop the reaction and actually create a vacuum.

It sounds cool and potentially safe. Plus, it lasts for 10 years.

Like it our not, social media is a giant bucket of traffic just waiting to be poured on your site. But figuring out exactly which headline or image combination resonates best with your Facebook or Twitter followers is tough.

Naytev claims it can cut through the guessing with real world A/B testing of social media posts. Sites using the service get real-time analytics from their posts and can adjust their social media strategy accordingly.

Parking tickets suck. Fixed fixes those tickets by contesting them for you. All you need to do is take a photo of the ticket and Fixed does the rest. If they win, you pay 25 percent of the original ticket’s fine.

The company is looking beyond parking mishaps, however. It’s planning on a future where it disputes everything from speeding tickets to cable company overcharges. In other words, it’s aiming to be everyone’s favorite app.

There were a lot of Bitcoin pitches at the YC demo day. Hell, there was even an ATM that I didn’t use because I currently have like four Bitcoin wallets with potentially money in them. That’s the problem of Bitcoin. It’s still too confusing and weird and where do you spend these things… and what’s a Satoshi again?

Shift takes some of the confusion out of the crypto-currency by tying it to a debit card that you can use anywhere you use your regular debit card at. You can finally use Bitcoin to buy anything anywhere. Plus, the company is planning on using the debit card to let you cash out your airline mileage rewards and other types of digital currency.

It’s Kickstarter for local businesses. Before you roll your eyes so hard they get lodged in the back of your head, Local Lift provides a valuable service for businesses that might not be able to get a loan from the bank.

Like Kickstarter, backers get rewards for their support. But instead of backing some random person on the Internet with a 3D printer and a dream, Local Lift campaigns are put on by a local business hoping to expand with access to customers that not only want to see a local business excel, they want to be part of that success.

We’ve written about Product Hunt here, here, here, here, and here. Yeah, we’re fans of the service. Today they talked about expanding beyond tech to games and other subjects. That sounds cool.