We couldn’t resist getting in on the April Fool’s action with our very own brand new pay-per-view model at The Next Web, and to keep the fun going, we’ve decided to put together a list of the best pranks that we’ve spotted around the Web so far.

Google got a head start on everyone, and we’ve already got a roundup of all of this year’s pranks courtesy of the company, but what is everyone else up to this fine April Fools’ day?

If you head over to Mashable right now, you’ll find the site’s logo has been adorned with the ultimate Team Coco symbol – a mop of red hair.

Pretty much everything on the site is now a bright shade of orange, and there’s a little tuft of hair in the corner of the screen, which reveals a rather startling image of Conan himself, popping up to greet Mashable readers.

Cashmore’s face smiling out at Mashable’s Twitter users has been replaced by a far less smiley, and much more orange, image of Conan himself. If Cashmore can literally be the face for a tech blog, then why not Conan right?

To find out more about the April Fools’ ouster, check out Conan’s video introducing the news below.

If you’re a child of the 80s, you might actually wish that this wasn’t an April Fools’ prank and that it was somehow possible. Think Geek’s prank gadget this year is the $29.99 Electronic Hungry Hippos for iPad:

Of course if you happen to hit the ‘Buy’ button, which we did, knowing full well that it was an April Fools’ prank, with the eternal child in us hoping to be pleasantly surprised, Think Geek doesn’t let you down easily. The site also gets extra brownie points for its use of an image of Gene Wilder as Willy Wonka, another staple in the life of any geek child of the 80s.

Want to find out about the Think Geek product that will never be? Check out the video below. (Warning: Nostalgia may ensue): 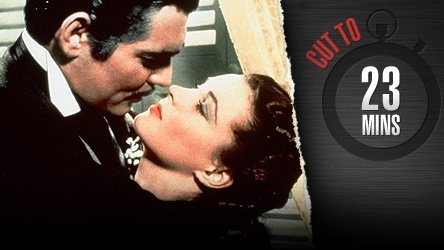 With LoveFilm’s growing popularity, the Amazon-owned streaming service has come out with a forward thinking approach to its content – perfectly suited for the 140-character consuming Twitter generation.

Distributors must now supply both a standard and “an abridged edit of each motion picture, lasting not longer than 23 minutes”, for any film slated for release in the US or UK markets. This mandate is purportedly designed to bolster cinema’s ability to compete with the growing influence of short-form television.

Witnessing an increasing popularity in TV shows and short-form entertainment, LoveFilm is introducing the Cliff Notes version of its films.

Ok well not really, but can you imagine seeing Gone with the Wind in exactly 23 minutes instead of the original 3+ hours? As one fictitious LoveFilm fan puts it on Twitter, “The movie world’s gone a bit bonkers, but actually, who has two and half hours to waste on a single film anymore? Especially if you don’t know whether it’ll be any good? 23 minute movies will give you all the best bits, but none of the filler.”

Toshiba tablets come in all shapes and sizes

With the iPad dominating the tablet market, Toshiba might have just hit on something that is pure genius, that we’re all left thinking, why hasn’t anyone thought of this before.

Rather than compete with Apple in the rectangular space which the tech giant clearly dominates, Toshiba has taken a totally different approach with 3 new shapes – with a circular tablet, a rhombus, and best of all, the heart-shaped Amore:

Introducing Shapes by Toshiba, a new and exclusive line of tablets designed to match your personality and style.

While the April Fools’ prank is obvious, some commenters don’t think Toshiba has gone far enough, expecting more from a corporation.

We still think Toshiba did a pretty good job, and the only question that remains is, which shape are you?

Check out Toshiba’s ‘ad’ to find out more about a series of tablets we can assure you, you will never see in the market:

Adblock takes away online ads, but replaces them with cats 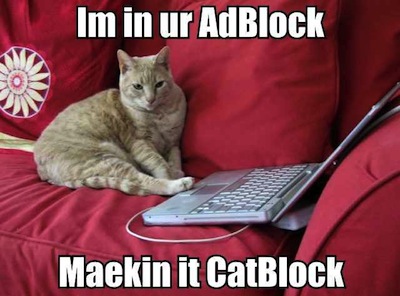 Online ads can be a little bit annoying, but more annoying than cat pictures? We think not. That’s why Adblock for Chrome’s April Fools’ prank is pure genius – taking one Internet annoyance away, and simply replacing it with another.

If you use the Chrome extension to get rid of online ads, you might have caught sight of your fair share of cat photos. Of course, it’s just as easy to disable to feature and go back to a clean, ad-free atmosphere online.

It would seem, however, that some people are actually such big fans of the prank that it might become a permanent option:

Wow, um, there’s a lot more demand than I expected for CatBlock to not disappear. So how about this: vote with your dollars. I will make a standalone version of CatBlock and email you when it’s ready if you will support AdBlock with a monthly payment. CatBlock doesn’t have to die!

Have you spotted any hilarious April Fools’ pranks around the Web today? Let us know about them in the comments.