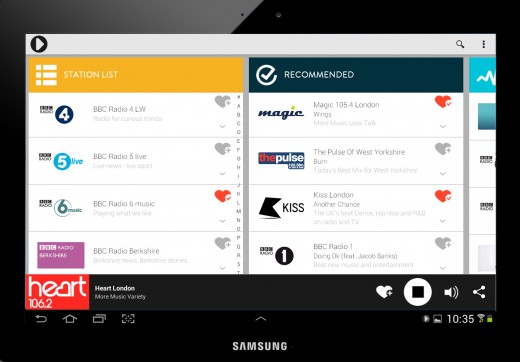 We first reported on Radioplayer when it launched more than two years ago in the UK. Backed by the BBC and a number of other commercial partners with a view towards bringing as many UK radio stations as possible together on one platform, Radioplayer was initially Web-only, but rolled out its first native mobile app for iOS in October 2012. This was followed shortly after by Android, and the service now claims around 300 national and local radio stations.

Now the apps have been optimized for iPads and Android tablets, Radioplayer is also introducing ‘series-linking’ for catch-up programmes, which lets you save not only single episodes, but whole series which are automatically added to your Favorites column.