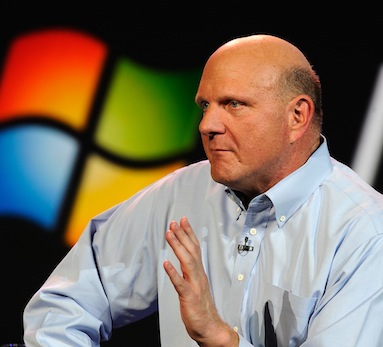 Microsoft chief Steve Ballmer would not have missed the chance to make his last company-wide meeting memorable: he stormed the stage to Macklemore and Ryan Lewis’s ‘Can’t Hold Us’, Reuters says, and left as Michael Jackson’s ‘Wanna Be Startin’ Somethin’ played (it was played at Microsoft’s first employee meeting in 1983), followed by Dirty Dancing’s ‘(I’ve Had) The Time of My Life’.