Chinese Internet giant Baidu is set to make a move to rival Google and others in China’s smartphone market with the upcoming launch of ‘Baidu Cloud’, a smartphone platform that integrates with its cloud-based storage service and other Web products.

Baidu, which runs China’s number one search engine, already has its own Android-based operating system, Yi, but a company spokesperson told us that it will announce a separate product that will closely integrate its cloud-based products.

Update: More photos of the reported device have emerged and are below.

Executives teased details of the launch, telling Reuters it is in talks with “global” partners, though specific details are being spared for an announcement coming next week, when it will reveal specific partners and the brand.

It did, however, confirm that Wangpan — its Google Drive-like product, which is currently in beta — is one service that the new platform “takes full advantage of.”

Baidu Cloud looks like a fresh assault on Android but it is unclear if, and how, it relates to speculation that the search giant is working on a ‘Baidu phone’ in partnership with Foxconn, as Tech In Asia reports.

It could be that the Foxconn device is a Baidu-branded device, powered by Baidu Cloud, while the operating system is available for license and use by other manufacturers to create competing devices.

It is not confirmed whether, like Yi, Baidu Cloud will be based on Android but the focus on Baidu’s own services, rather than Google’s, will make future devices particularly appealing to Chinese mobile owners.

While Apple’s success in China is well documented — it’s believed to have 21 million iOS devices in the country, and recently made $7.9 billion in one quarter there — Android is also performing well — accounting for 68 percent of new sales in 2011 — there is scope for local makers.

Xiaomi has shown as much, and its $320-priced smartphone has helped it to reach monthly revenues of $158 million, as it ships 500,000 new units of its sole smartphone model each month. The popularity of Baidu’s services is one critical ingredient that could give its new smartphone play wings to succeed.

If rumors of the upcoming Baidu phone’s $159 (1,000 RMB) price tag, reported by Tech In Asia reports, are true then it will offer new competition for Apple and Google and greater choice (and more affordable options) for consumers.

Irrespective, Baidu Cloud has the potential to rival Android by providing a dedicated Chinese operating system which, crucially, bypasses Google’s services in favor of Baidu’s own. Such a platform will interest smartphone makers keen to grab a slice of the buoyant Chinese market with a locally appealing user experience.

China’s smartphone industry overtook the US to become the world’s biggest, in terms of shipments, last year, and it was recently reported as seeing more new iOS and Android device activations than any country on the planet.

According to China’s official statistics, there are 356 million mobile Internet users, while the total number of active mobile phones in the country passed one billion earlier this year.

Update: MIC Gadget has photos of the upcoming ‘Baidu Phone’ which leaked out over Sina Weibo, via Sina Tech: 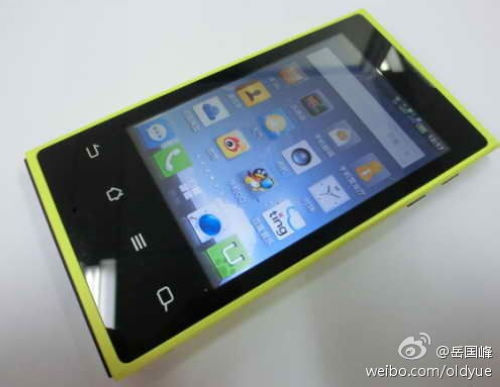 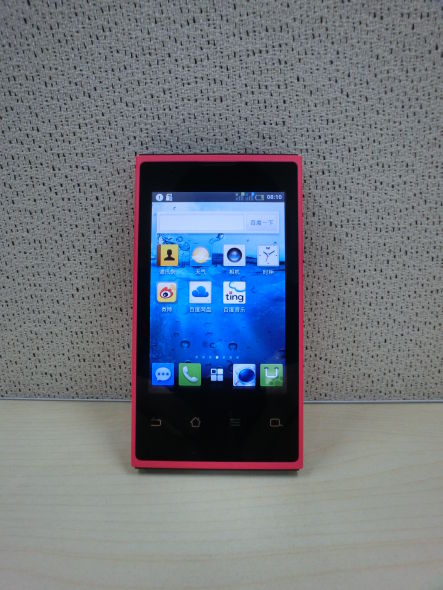