Apple may be the company generating headlines from its Chinese smartphone efforts but lesser known Chinese manufacturer Xiaomi‘s business is taking off impressively. The firm introduced its $320 MI-One device last year, and it is now seeing revenues of $158 million and is shipping half a million handsets each month.

The impressive figures, reported by Sina Tech [Chinese] and translated by Tech In Asia, are ahead of its predicted $793.9 million (5 billion yuan) in annual revenue, but the firm remains focused on developing its product and customer base in the immediate future.

Nevertheless, the growth in revenues and shipments demonstrates the huge potential of ‘affordable’ mid-range smartphones in China. The MI-One, which is Xiaomi sole device on the market, sports a dual-core processor and an eight mega-pixel camera, but is priced at just $320 (1,999 yuan). 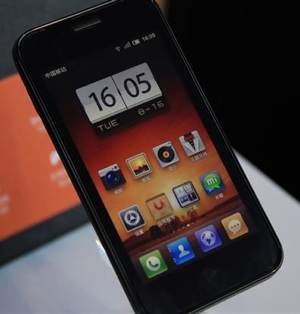 Even months after its debut, the MI-One remains popular, a fresh batch of 150,000 devices sold out within 13 minutes of becoming available this month. The company has expanded its retail efforts and the phone has become available through Chinese operators, who are releasing new versions.

Xiaomi itself is also growing as a company and it reportedly now has more than 1,000 employees, of which 400 are dedicated to providing customer service, an area where it has been criticised in the past.

In a bid to save on price and undercut rival devices, the firm initially ran a streamlined process, releasing its device via the Web and keeping overall costs minimal. It has since increased its operations, and is focused on providing better service to its customers – 150 of which are said to contact it with enquiries and issues each day.

The phone has gained a number of glowing reviews — notably from Engadget and Tech In Asia — but Xiaomi is firmly focused on China, where it is still working to meet demand, so don’t hold your breath on a dedicated overseas version.

The phone runs on Xiaomi’s custom MIUI firmware, which itself is based on Android. It is in good company as Chinese giants Baidu and Alibaba have also customised the Google-owned operating system to build their own platforms.

The company is aiming to release new handsets every year, as it told Reuters, with the M2 likely to be next. To sustain operations it raised more than $131 million in funding to date. The last round of $90 million, which was secured last year, gives it a valuation of $1 billion.