Apple’s newest retail store, located in New York’s iconic Grand Central Terminal, is to open to the public on Friday but that isn’t to say that we will have to wait until then to take a look at the new store before the doors open.

Ross Rubin, an executive and analyst at The NPD Group, is one of a select few that have had an exclusive tour of the new Grand Central store a day before the press are scheduled to step inside. With permission from Rubin himself, we will embed a number of photos, giving you a look at the different parts of Apple’s biggest retail store. 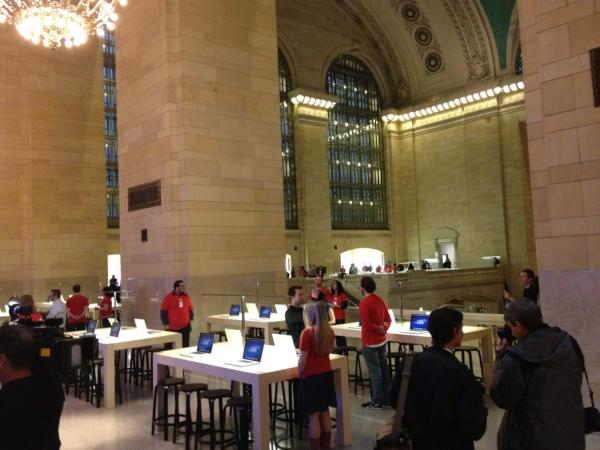 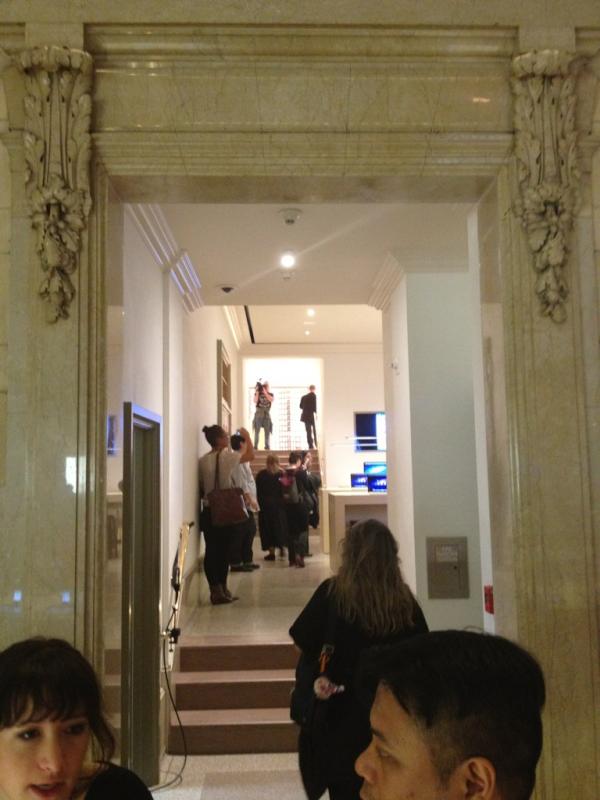 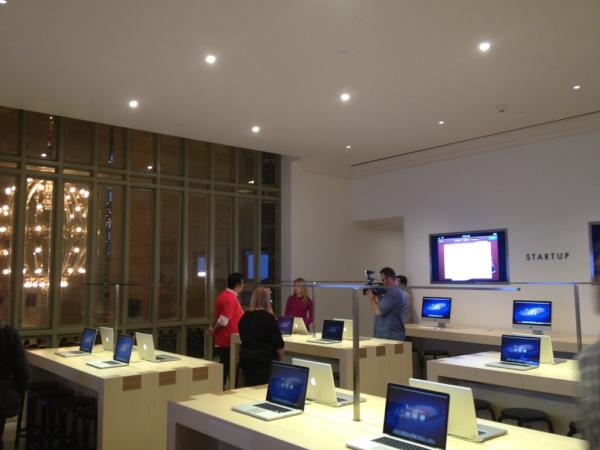 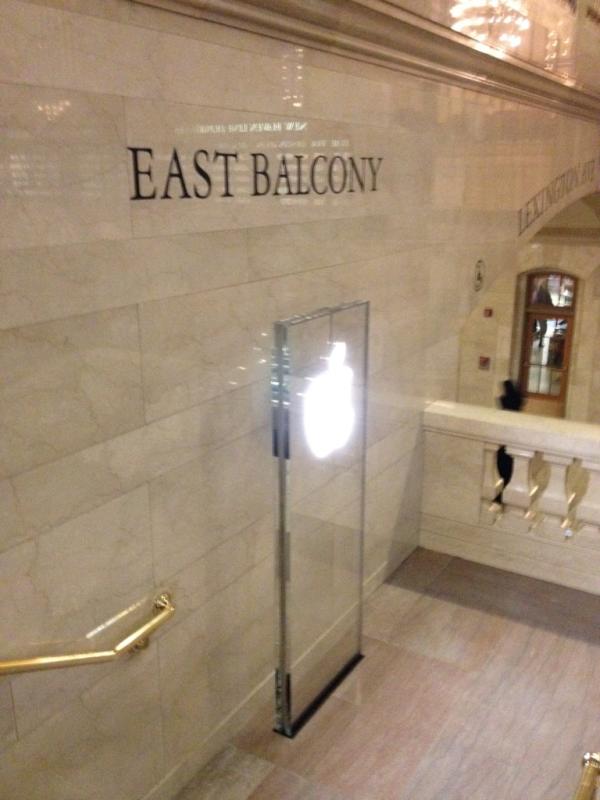 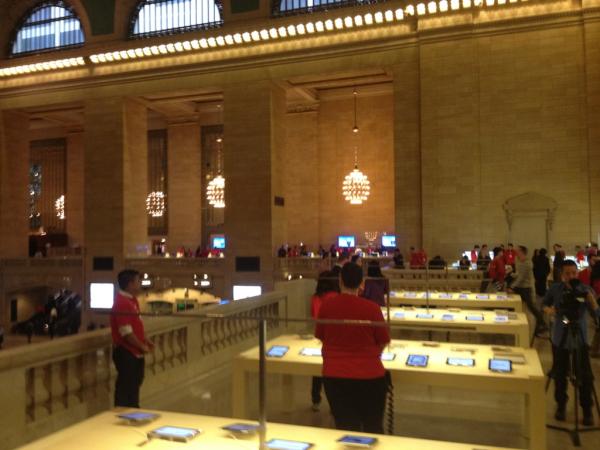 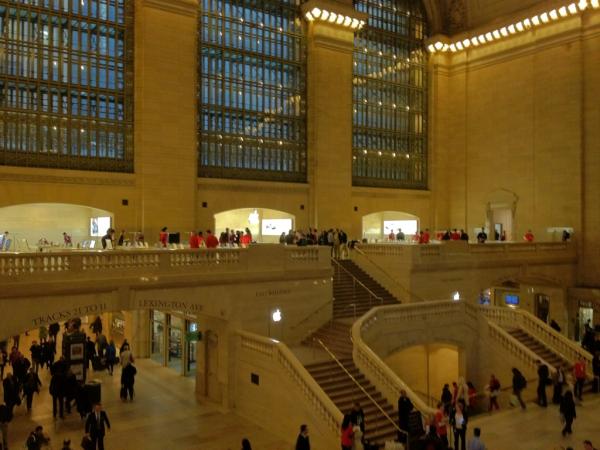 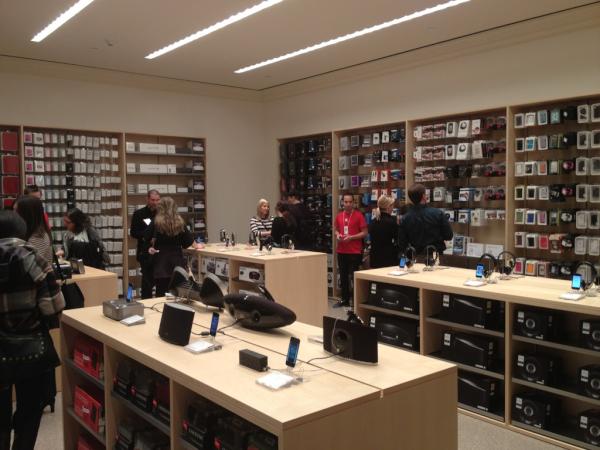 Rubin notes that Apple’s Grand Central store “has an unusual layout”, featuring an entrance that is located on the East Balcony of the Terminal that “becomes a big right angle right along the wall”. According to the analyst, the store has an “express shopping area”, which Rubin notes is like “an Apple Store within an Apple Store”.

The store, is said to be costing Apple $60 per-square-foot, whereas other retailers in the Terminal are reportedly paying $200 for the same area. Apple is also reported to have escaped having to share any of its revenue with Grand Central’s operator, the Metropolitan Transportation Authority, as the sheer presence of an official retail store will drive customers to other retailers and increase footfall within the Terminal itself.

To announce the opening, Apple released the following press release:

The Apple Store® Grand Central, Apple’s fifth store in Manhattan, will open Friday, December 9, at 10 a.m., just in time for the holidays. This one-of-a-kind Apple retail store overlooks the historic Main Concourse from the East and North East balconies of the world-famous Grand Central Terminal, and has two Genius Bars for free tech support and advice.

Convenient services at the Apple Store Grand Central include Personal Pickup, a feature of the free Apple Store App which lets iPhone® users shop and buy from anywhere they are, then pick up their purchase when they reach the terminal. Customers using the Apple Store App can even scan and pay for accessories with their iPhone using the new EasyPay function. And new 15-minute Express Workshops offer tips and tricks in a streamlined format to serve customers on a tight schedule.

The store’s expert team has 315 passionate employees who deliver these and other amazing services, which have become the hallmark of Apple retail stores worldwide.

Beyond the balcony overlooking the expansive Main Concourse, the Apple Store Grand Central offers rooms dedicated to some of our most popular services, including the largest area in the world dedicated to Personal Setup. In the Personal Setup room, customers who buy an iPad®, iPhone, iPod® or Mac® can get up and running before they leave the store. There’s also a room designed especially for Personal Training, where new Mac owners learn the basics or take their skills to the next level as part of Apple’s popular $99 One to One program.

Holiday shoppers in Manhattan now have five unique Apple stores to choose from, each perfectly suited to the neighborhoods they serve: Fifth Avenue, Upper West Side, SoHo, West 14th Street and Grand Central. Around the world, nearly 300 million people have visited Apple retail stores in the past 12 months. There are 361 Apple stores in eleven countries including the US, UK, France, Germany, Spain, Switzerland, Italy, Japan, China, Australia and Canada.