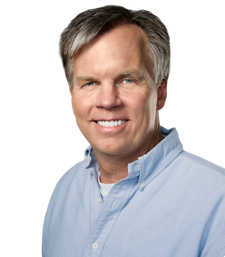 Ron Johnson used to be the senior vice president of retail at Apple, but he announced his impending departure from Apple in June this year. He has now officially vacated that spot to take on the role of CEO at the department store chain J. C. Penny, according to a report by 9to5Mac. Apple hasn’t announced a successor for him yet.

Johnson, a Stanford graduate with an M.B.A. from Harvard, was lured away by Steve Jobs from his previous position as the vice president of merchandising for Target in January 2000 to head Apple’s yet-to-be-launched retail initiative. He has been phenomenally successful in that role, having overseen the launch of over 300 retail stores for the company all over the world. The company served the one billionth visitor to its retail stores this past July.

Referred to by J. C. Penny investor Bill Ackman as “the Steve Jobs of the retail industry”, Johnson pioneered the concept of the genius bar and is the man responsible for the amazing shopping experience that is the hallmark of every Apple Store. Now, even as his executive bio has been removed from the Apple website, we suspect that the company will continue coasting on his successes for years to come.