This article was published on February 12, 2014 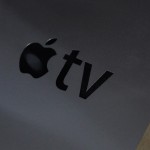 Apple is reportedly in talks with content providers like Time Warner Cable about new content partnerships for the next version of the Apple TV set-top box, Bloomberg reports.

According to the publication, Apple would announce the new hardware in April with plans to begin selling it by the holiday season.

An update to the Apple TV line has been rumored for some time, but the details about Apple’s alleged content negotiations make this report particularly interesting. Time Warner Cable revealed last June that it was in talks with Apple and its competitors over streaming video deals.

Apple wouldn’t announce a simple hardware update to the Apple TV months in advance, but it a new content model would be worth unveiling early in order to build momentum for licensing discussions, which tend to be long and complicated. Aside from the potential for new programming, the next-gen Apple TV will reportedly sport an upgraded processor and interface.