After announcing its iOS in the Car initiative at last year’s WWDC, Apple has officially launched the program today with partners Ferrari, Mercedes-Benz and Volvo — which will premiere it to their drivers this week.

The program, called CarPlay, is described as a “smarter, safer and more fun way to use iPhone in the car.” Users can control CarPlay from their car’s native interface or just push and hold the voice control button on their steering wheel to activate Siri.

Once your iPhone is connected to a vehicle via CarPlay, Siri will be able to help you access your contacts, make phone calls, return missed calls or listen to voice mails. When you receive incoming notifications, Siri will respond to your requests via voice commands — it can read your messages and let you dictate your responses.

CarPlay also works with Apple’s Maps to provide directional instructions, give updates on traffic conditions, as well as predict estimated time of arrival. The map, along with turn-by-turn directions, will appear on your car’s built-in display once you make a request of Siri.

Other than that, CarPlay also gives you access to music and iTunes Radio — all you have to do is ask Siri to help you pull up the requested music. It also supports some third-party streaming services such as Spotify. Here you can see an example of CarPlay in Volvo’s cars. 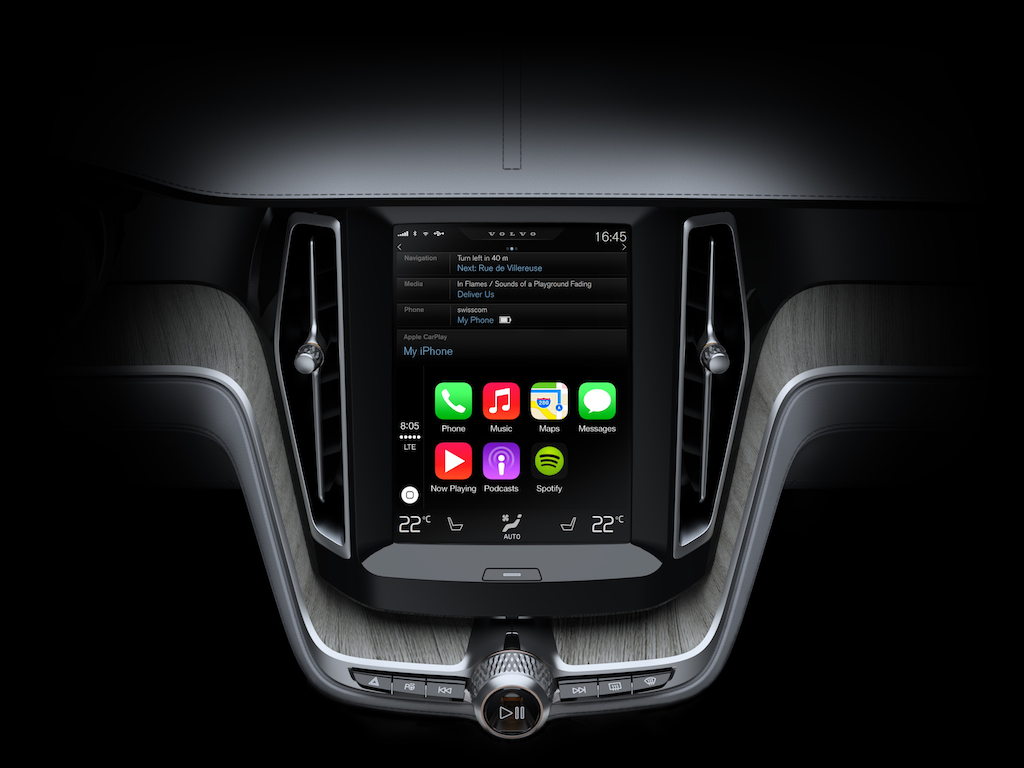 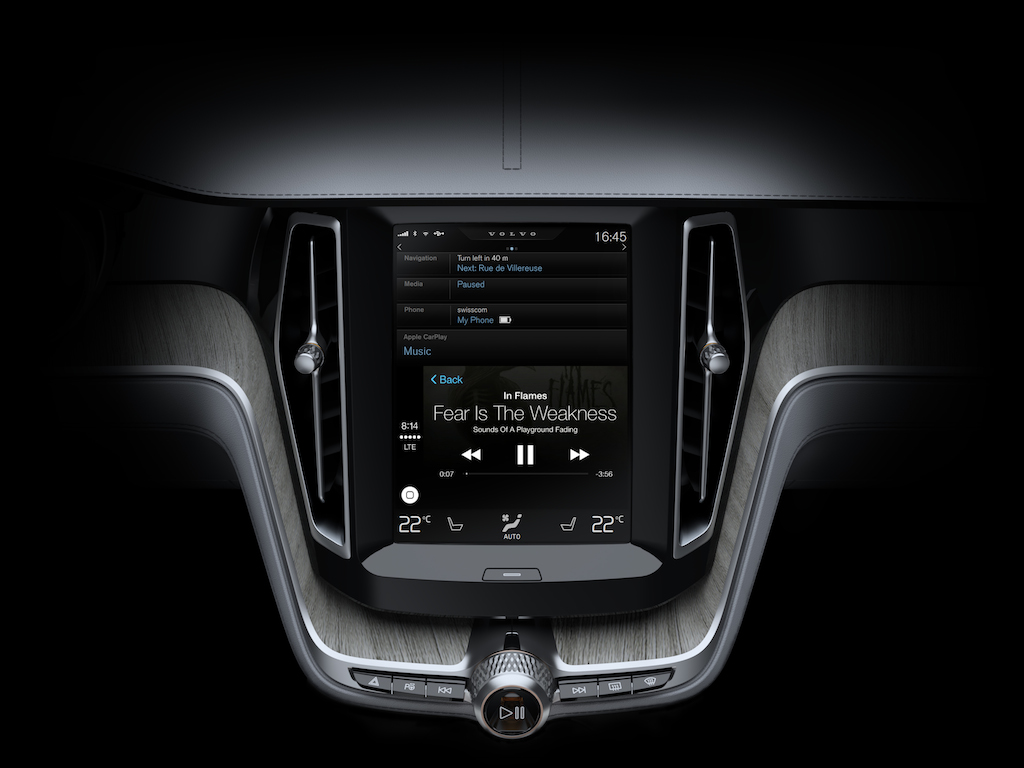 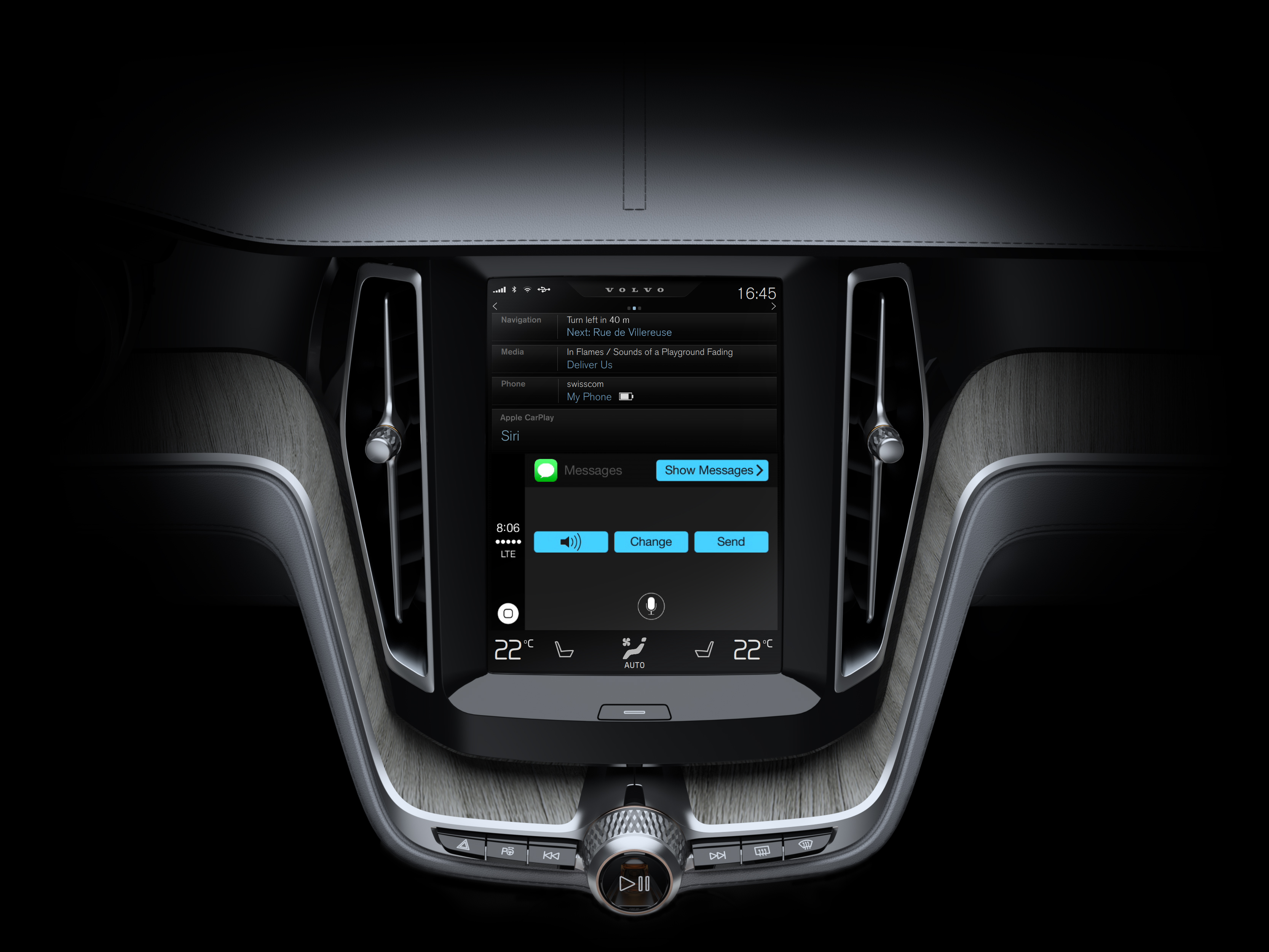 Apple CarPlay is available as an update to iOS 7 and works with the iPhone 5s, 5c and 5. Vehicles with CarPlay integration will be available in select cars shipping this year. Other than Ferrari, Mercedes-Benz and Volvo, other car companies bringing CarPlay to their vehicles include BMW, Ford, General Motors, Honda, Hyundai, Jaguar Land Rover, Kia, Mitsubishi, Nissan, PSA Peugeot Citroën, Subaru, Suzuki and Toyota.

UPDATE: Volvo has released a sneak preview of how Apple CarPlay will work within its cars. The company is linking the iPhone’s capabilities to a “specially developed interface” that allows drivers to use voice and steering wheel controls to access Apple features and services.