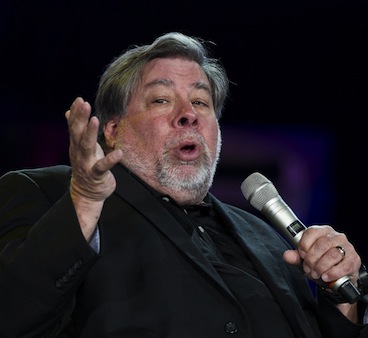 Apple co-founder Steve Wozniak may have a history of criticizing the company he helped to create, but he has come out to clarify that he “never criticized the new iPads,” according to a NewDomain.net report.

Reports surfaced last week claiming that Wozniak had bashed the iPad Air, and said that both the iPad Air and iPad Mini didn’t meet his needs.

Wozniak tells Gina Smith, the author of his memoir “iWOZ: How I Invented the Personal Computer and Had Fun Doing It,” that he thinks the new iPads are “fine,” but he doesn’t buy every Apple upgrade, and the new one isn’t enough of a critical change for him to do so.

I don’t think you have a choice between iPad models so that’s just saying that the iPad is good … that’s a very different statement (and contrary to the implication) that, if I chose not to upgrade now, less than a year after my last upgrade, then I, Woz, am saying that the new Apple iPad is bad.