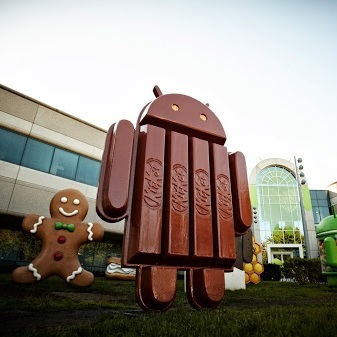 Samsung is rolling out Android KitKat to a handful of its Galaxy devices in the US — including the variants of its flagship Galaxy S4, the Galaxy Note 3 and Note 2, as well as the Galaxy Tab 3. The update is starting today and will continue in the next few months.

A few new features will be introduced with Android KitKat. One of them is an integrated location menu that lets users activate GPS, Wi-Fi and mobile networks while checking the battery usage of apps running location service capabilities. Users can also choose between Messages or Hangouts as a preferred default messaging app, automatically back up photos and videos, as well as open, view, rename and share Google Docs and files.

Google formally unveiled the latest version of its Android operating system in October 2013, touting it as as a “smarter, more immersive” experience with a revamped messaging interface, a built-in pedometer, improved multitasking and “full-bleed UIs” for apps. Android 4.4 first arrived with the Nexus 5, and the update has been rolling out gradually.