I’m blessed, in my job for The Next Web, that I get to immerse myself in cultures across the United States numerous times each year. In doing so, I’ve traveled to Florida, Nevada, California, Colorado and many others, each time trying my level best to get a feel for not only the area but also what’s happening inside of the technology scene while I’m there.

Most recently, travels took me to New York City, for an afternoon with the present class of TechStars NYC. But along the way I also got to spend some time looking at startups, overhearing conversations and generally getting a taste of what NYC’s tech scene has to offer.

It’s with this recent trip in mind that I wanted to take the opportunity to reflect, somewhat, on an outsider’s view of the United States’ technology hotbeds. Since I’ve now spent time in (arguably) the 4 most important I’m able to compare and contrast them to one another in a way that I wasn’t suited to do before.

There’s a magic about Silicon Valley, but there’s also a bit of mystery involved with what goes on there. Walking the streets of San Francisco you’re just as likely to be standing next to a CEO of a multi-billion dollar company as you are a homeless person. From SoMA to the Bay Bridge, everywhere you turn seems to have a consonant-shunning logo for Web 2.0 and whatever might come next, but on the sidewalk under that sign is a person holding out a cup with grit-stained hands and a lack of hope in their eyes.

There’s probably no place else in the world where something like the Computer History Museum would be as successful. After all, it is that same silicon now displayed on the museum floor that gave the Valley its name. Covering a massive swath of land from somewhere south of Cupertino up to the Bay Area, its sprawling, seemingly-endless reach practically buzzes with the excitement of the next big thing.

But there are obvious problems when it comes to the Valley, the single greatest of which is likely an effect that I call “The Valley Mentality”. It’s that mindset that drives statements such as “you have to move to The Valley to succeed” and it relentlessly hammers the idea that anyone who isn’t inside of its bubble isn’t smart enough to understand why something is “cool”. It is the hipster of the technology world — always having used things a couple of years before anyone else, and now scoffing when the rest of the planet starts to see value in them.

That mentality is multi-faceted, though. While it’s a dangerous way of thinking, it is that utter suspension of the belief in failure that drives new technologies forward. Nowhere else in the world will ever be “the next Silicon Valley”, and honestly it’s not a goal that should ever be attempted. The Valley has 60 years of a head start, and it does things that wouldn’t work anywhere else, but in the Valley those crazy ideas will be given enough rope to succeed or hang themselves. 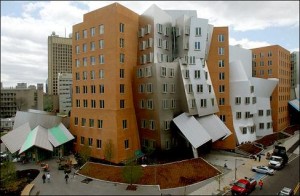 What can you really say about Boston, other than the fact that it has one of the highest concentrations of brilliant minds anywhere? It has programs such as TechBoston, where high-level tech education is given in public schools, it has universities like MIT which have been widely recognized as technology leaders for ages. It has just enough “home town gusto” to make it a great place to live, and all of these things combine to make Boston a US powerhouse for tech.

But, if you believe Y Combinator’s Paul Graham, Boston is losing its nerve. The investment community in the area is dwindling due to a lack of desire (or ability) to make higher-risk investments, and that’s crippling to a startup ecosystem. Far too often, we’re seeing amazing companies come out of Boston, then move to The Valley in order to keep growing.

It’s a move that we’ve seen happen many times, and the reasons have been widely publicized. It hit home to me, recently, when it happened with Baden Software, the makers of Boomerang for Gmail:

“We’d tried and tried again to raise a seed round in Boston, to no avail. Every east coast angel and VC we could reach passed on the deal. We had a shelf life of about one more month, and then it was time to pull the plug and go get a job.”

And yet, all it took was the right timing on a trip to San Francisco in order to land a deal with Dave McClure. It was a story that we don’t hear coming from Boston, and it was exactly this story that caused Baydin to finally make the move.

Graham’s evidence of fewer investments in Boston isn’t just anecdotal. Whether we like the reality of this or not, the lower number of investments truly has pushed NYC to the #2 spot in the US tech hub rankings, while Boston has been relegated to #3.

For me, there’s nowhere in the world that exemplifies the entrepreneurial spirit better than Boulder. But I also admit that, because of my close friendship with more than a handful of Boulder-based startup folks, I’m biased in that belief. Although once you dig into what’s going on in Boulder, it’s likely that you’d agree with what I assert.

Everywhere else that I’ve been, there’s a spirit of “me”. In Boulder, that is most definitely a spirit of “we”. I’ve talked at length about how that collaboration has helped startups in Boulder to have a higher chance at success than just about anywhere else, and it’s that same idea of mentorship that is displayed in Boulder’s prize possession of TechStars.

While people won’t look at you crazy for quitting your job and doing a startup in San Francisco, in Boulder, it’s likely that they’ll offer to help. In Boston, if you need money you might be hard-pressed. Especially at the Angel level. In Boulder, chances are that the guy next to you, hacking away at Atlas Purveyors, has a few bucks to be able to offer. That’s just how Boulder works, and that’s just how Boulder wants it to stay.

But Boulder is not without its problems. As I found when I spent day after day talking to various folks from the Boulder startup scene, the city itself desperately needs to not only accept but also feed into its entrepreneurial roots. While I don’t believe that you can make or break an entrepreneur via government intervention, there are needs in Boulder’s infrastructure that only changes from the government can provide.

In short, the culture has thrived in Boulder, but that has been in spite of the local government rather than in any part because of it. For somewhere that likely has more entrepreneurs and startups per capita than anywhere else in the world, that’s just a shame.

Sometime in the early part of the 1990’s, someone found out that there was money in NYC. Oh sure, people knew it before, but they didn’t necessarily see that money as being viable for the birthing of a technology company. These days, when you hop off the subway in Union Square, you’re quite likely to see names that you recognize, either on t-shirts or on signs over doors of majestic skyscrapers.

There’s no question as to why this happened, but the reason why it happened is also part of what sets NYC apart from nearly everywhere else in the technological geography. You had money, you had schools pumping out incredibly educated workers and you had just enough “balls” to get things done. It’s that New Yorker mindset, not unlike the city’s cab drivers, where you either get out of the way or you get run over.

Again with the multi-faceted side of things. NYC’s “move or get run over” ideals have worked well for it in the past, but it’s worrisome when it comes to the city’s technological future. While sitting and listening, as well as while being pitched, money in NYC seemed to be taken as a joke. I overheard one entrepreneur laughing about how half a million in funding from one specific Angel was “free money”. It took nearly everything in my will to keep from screaming at him. This was far from a single instance, as I heard the same sort of laissez faire attitude being passed around when it came to “other people’s money” on more than a few occasions over 36 hours.

I discussed this, among other points, with TNW’s resident New Yorker Courtney Boyd Myers on a walk across town to dinner. In her assertion, from being buried deep in NYC’s tech scene on a daily basis, the “money first, business later” (my words, not her’s) mentality comes from the fact that much of what I experienced in my time there was the trust fund culture of startups. These young, highly-privileged folks have been raised on other people’s money, and so it’s only natural that they’d have a less-careful approach about handling it.

“You were sitting at the table with the popular kids.”

That mentality is something else that I brought up to her entirely. Elsewhere in the US, I seem to find different methods for building things. In The Valley it’s “we have an MVP, let’s raise a load of cash to get it off the ground”. Boulder seems to be “let’s bootstrap this thing as far as we can go, then we’ll raise the cash that we need when we can’t go any further”. In New York, though, the attitude seems to be one of “let’s raise a load of cash based off of the idea, then make the whole thing come together”.

Sitting down to dinner with a couple of other New Yorkers, we discussed the idea of “the next Silicon Valley”. I was glad to see that the attitude from the “normal folks” was that NYC didn’t need to try, and in fact absolutely shouldn’t. When I stated that New  York should continue to capitalize upon precisely what it is, without attempting to be anything else, my 3 dinner companions agreed emphatically.

This is a two-pronged question. On one hand, if you’re asking who the next Silicon Valley is, the answer is nobody. You can disagree if you wish, but the very thought that anyone can catch up to 60 years of innovation and drive is laughable at best.

But then there’s the other side of this story, where sites such as NYC, Boston and Boulder don’t have to pave their own paths. That pathway has already been set and these other areas are now free to capitalize on them. If you had said, the day after he launch of the iPhone, that you were going to build a business in NYC to make iPhone apps, you’d have been laughed at. Today, that’s a perfectly viable idea, but it is only viable because the Valley was just crazy enough to make an idea like the iPhone work.

The other prong to this is a question of what area is going to pop onto the radar next. I’m expecting huge things from Austin in the next couple of years, and not just from the big name side of things. I also expect to see more from the Miami, Florida region, as well as a continued growth in Chicago and my own hang-my-hat of Nashville. Each of these areas is uniquely qualified to succeed in its own way, as long as they don’t get caught up in the idea of being “Silicon” anything.