Mozilla has announced that it has signed a deal with América Móvil which will see the operator offering Firefox OS devices to its customers, beginning with the Alcatel OneTouch Fire. 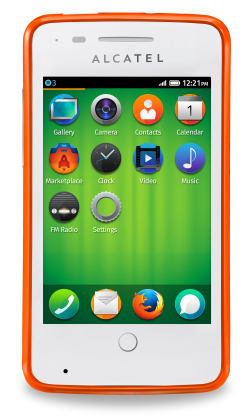 The company said that from today, the OneTouch Fire is available throughout Mexico via Telcel, a subsidiary of América Móvil. It’s the first market in which América Móvil has offered a Firefox device and the fifth major operator to back the initiative.

“We are pleased América Móvil is joining the Firefox OS ecosystem with this initial launch,” Andreas Gal, Chief Technology Officer at Mozilla, said. “This partnership greatly expands the reach of Firefox OS and will help us bring an amazing experience to even more first time smartphone buyers.”

While it might be a first for América Móvil in Mexico, the Alcatel OneTouch Fire is by no means a new device and has been available in other markets like Colombia and Venezuela since August last year.