Amazon’s recently launched Show Mode Charging Dock is a revelation for Fire HD tablet owners – especially those of us with small children.

The inexpensive dock basically turns a 7th or 8th generation Fire HD 8 or Fire HD 10 into an Echo Show. It serves as a charger, display stand, and visual interface for Alexa.

The Echo Show has the appeal of a futuristic video-screen version of Alexa. It serves as conduit for information such as recipe steps, extended weather forecasts, and videos. But it’s not designed to be tossed into a diaper bag and whipped out in waiting rooms or during long car rides. The Fire HD tablet is — and the Show Mode Dock facilitates that.

As capable as my Fire HD 10 tablet is, it didn’t come with a stand or wireless charging built-in. The Show Mode Dock lets me walk in the door, slap the tablet onto it, and get on with my life. I don’t have to fuss with USB cords – which are hidden out of sight and reach in a baby-proofed house.

Best of all, after tossing the tablet on the dock/charger, I can call upon Alexa to entertain my toddler when screen time is appropriate. I don’t have to change the HDMI input, find a remote, or do anything other than holler “Alexa, watch Rainbow Horse on Prime TV.” 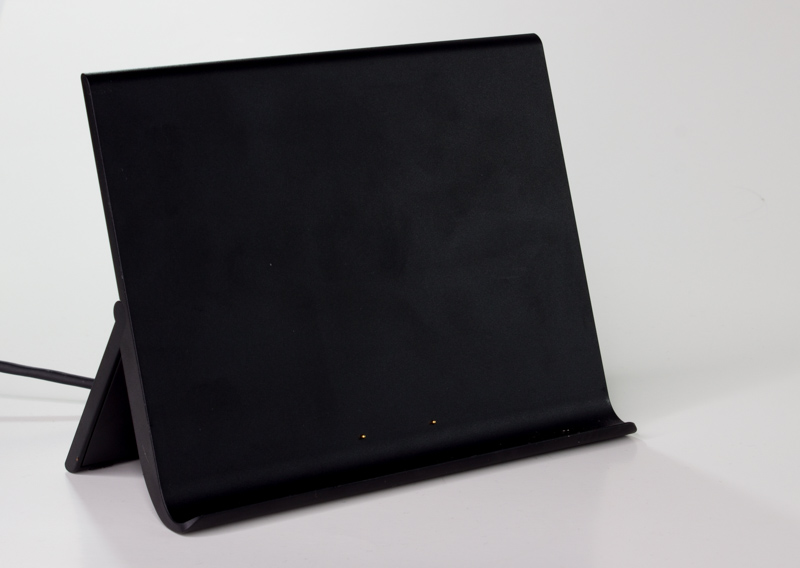 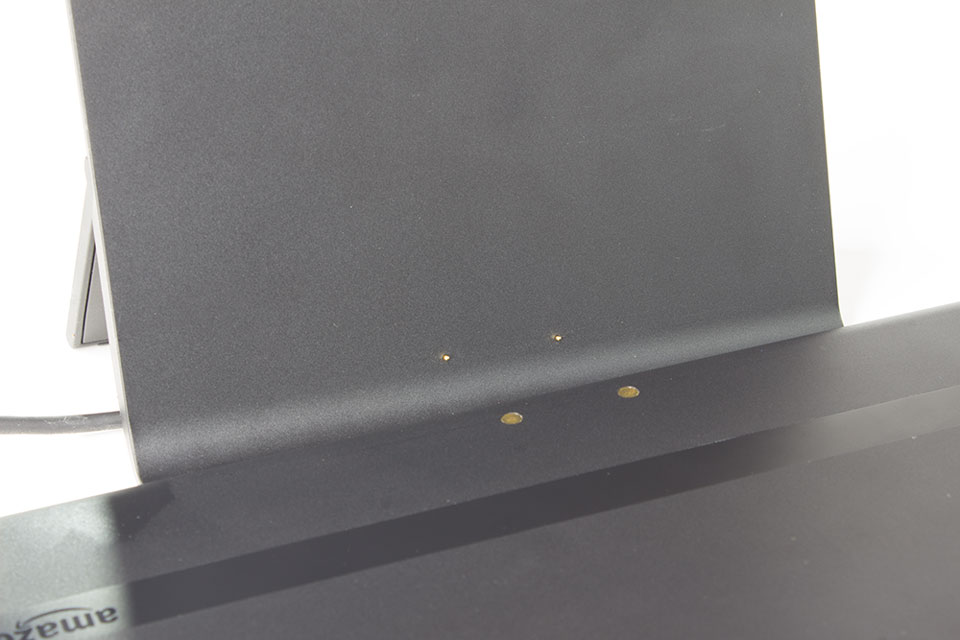 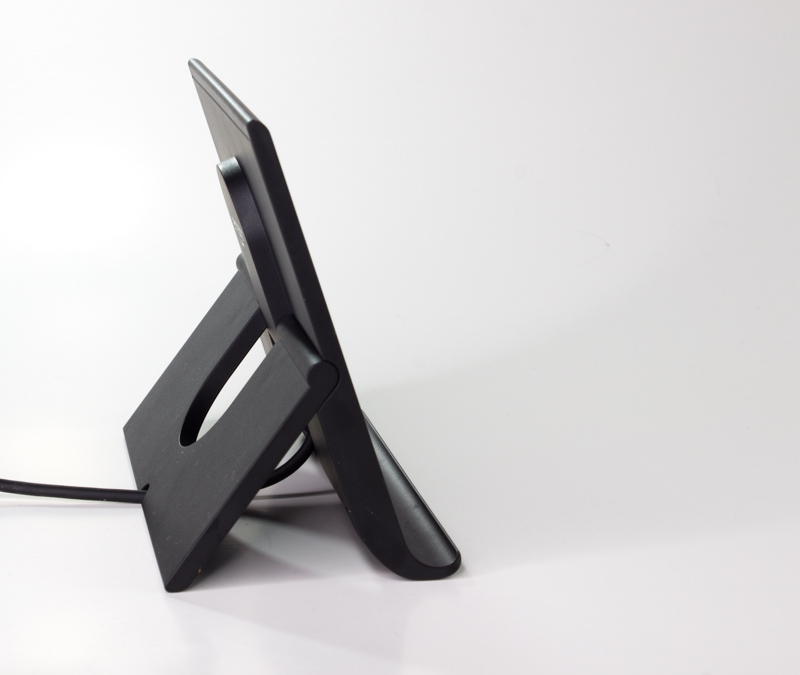 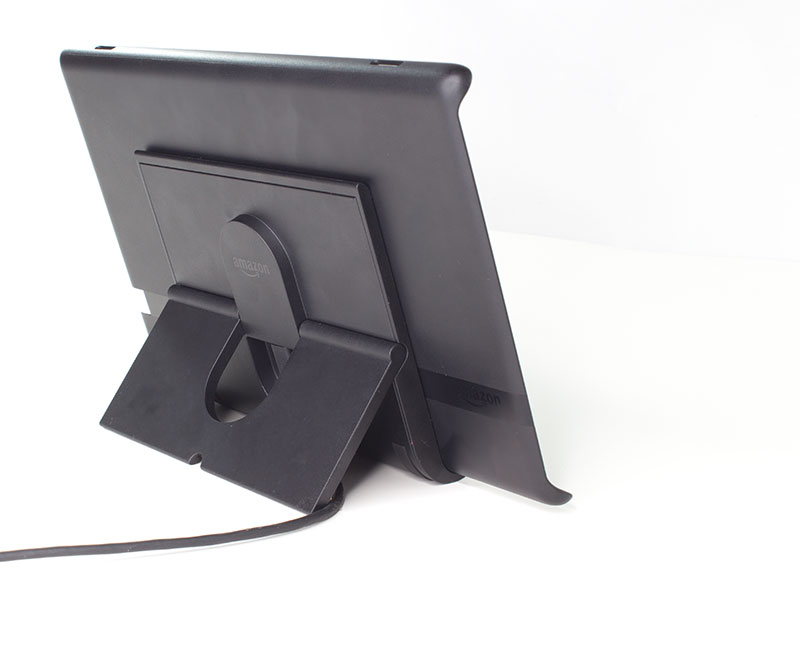 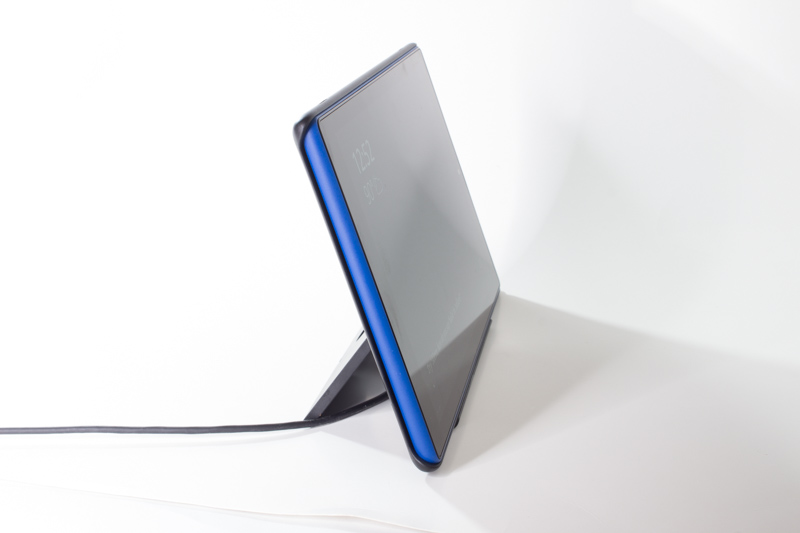 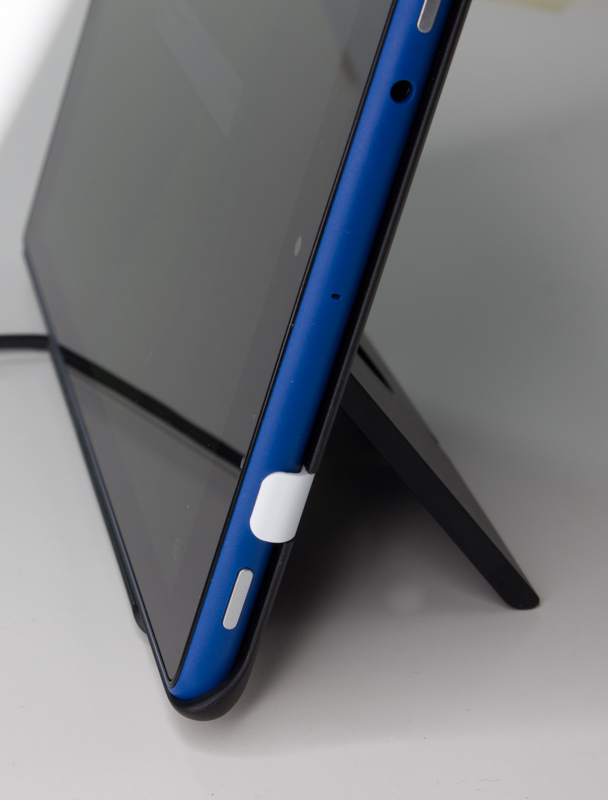 In the looks department, there’s not much to speak of. The Show Mode Dock comes in two parts: A hunk of plastic with a kick-stand that serves as the stationary dock and a case that snaps onto your tablet. This isn’t a sexy gadget you show off. It’s an incredibly useful accessory that’s doing its job if you forget it’s there.

The pieces are well made, sturdy, and require absolutely no know-how to get working. You put your tablet in the case and set it on the dock. If you’ve got a USB charging cord plugged into the dock your device will charge and it’ll automatically put it in Show Mode — an always-on display  that shows the time, weather, news, Alexa tips, and other useful information.

While the Echo Show will set you back 129 bones (and that’s with a current limited-time $100 discount) the dock, for those who already have a compatible tablet, will get you similar functionality for much less. And you won’t have to sacrifice portability if you go with the Show Mode Dock.