Amazon’s Fire HD 10 is a lovely tablet to look at, especially for a relatively low price. It’s got a few drawbacks, but between the screen and Alexa, there’s plenty to like.

Admittedly, this was my first Android tablet, even if it is a modified Amazon version of the OS. I’ve played with them before, but this was my first time actually living with and using one — I’d been an Apple person for a long time, and my tablet experience is primarily with iPads. Still, I think this relatively inexpensive tablet has got me rethinking my brand loyalty.

At $150, the tablet isn’t as expensive as it feels, and the specs are decent:

It comes pre-loaded with mostly Amazon apps, including Music, Prime Video, and Audible. The device was synced to my Amazon account, meaning I could buy or play anything immediately without even having to log in.

The Fire didn’t make the best first impression, admittedly – when I turned it on, it asked me for the usual language selection and to connect to Wi-Fi. But when I went to agree to the Registration Status, and affirm that I am Rachel Kaser, the screen would flicker, and it would go back to the language select screen. No matter how many times I tried to tap that button, it’d flicker back to Language Select. This happened about ten times before I tried the age-old method of turning off, turning it back on again, which seemed to set it right. 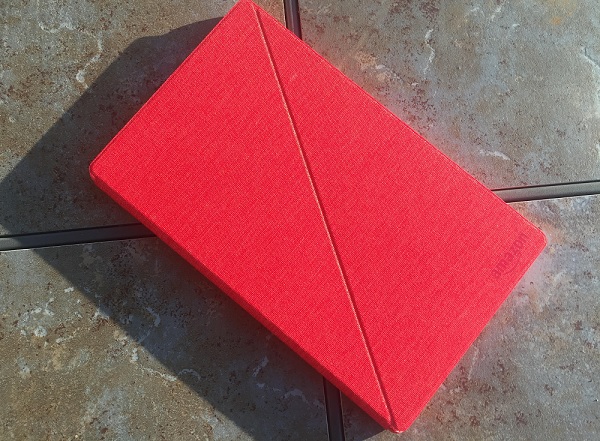 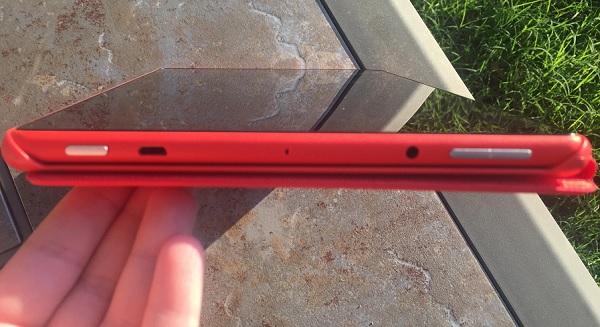 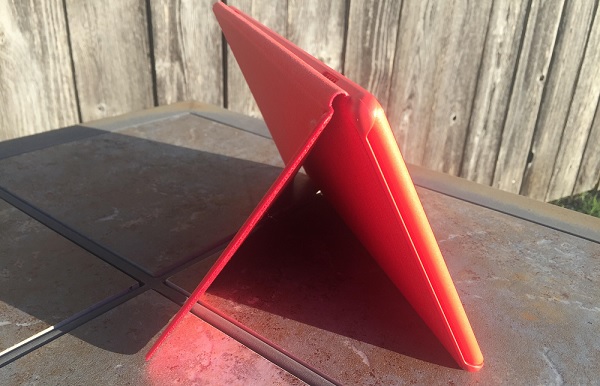 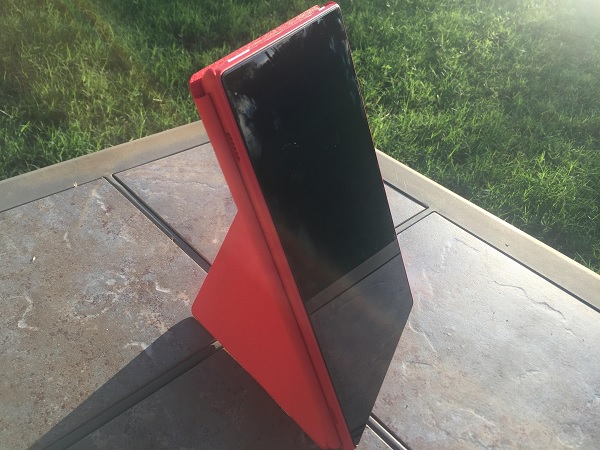 The first thing I noticed while using the Fire 10 was how gorgeous the screen is. Seriously, I can’t say enough about how nice it was to watch stuff on this tablet. While watching Wonder Woman on Amazon video, I got the clearest, most beautiful HD picture I’ve ever had on a tablet. The speakers were also very smooth-sounding, and able to fill a decently-sized room at max volume.

The screen does run a little dimmer than I’m used to. I had to crank the brightness up to 75 percent to save myself from squinting, while my iPhone usually requires only 60 percent.

I didn’t notice any significant app slowdown, even while running multiple apps and a browser at the same time, and everything loaded very smoothly. The battery was also decent. I didn’t actively try to drain it, but I was able to watch an HD movie for an hour while only draining about 10 percent of the battery.

The biggest plus is having Alexa in the tablet, hands-free. While eating, I could watch my movie without having to fumble for a pause button with unclean hands. She was also able to execute more complex tasks without my physical input, such as starting my free Amazon Music trial and downloading a requested song when I asked her to play it (she did ask my permission first).

That said, there were a few minor problems getting Alexa to understand me. I could say, “Alexa, pause” while watching a video or listening to music, and she would pause without a problem. But if I said the same thing while listening to an Audible recording, Alexa wouldn’t appear for a few seconds, then go away without pausing the audiobook.

There were a few other minor quibbles. The camera on the Fire HD is only so-so. I accidentally activated it while pointing it a wall in a dim room and it looked grainier than a bowl of cereal. The front-facing camera was unfortunately no different. I also couldn’t access the Google Play store which, while expected, was disappointing.

Still, if what you want is a tablet that looks and sounds great, without a whole lot of extra material, the Fire HD 10 is a good option.