Alexa is learning. Alongside a redesign of its ‘skills’ section in the Alexa app, Amazon is letting users tell Alexa what they want her to learn.

In the Alexa app, the skills section now has categories like ‘lifestyle’ or ‘smart home’ to choose from. In those categories are skills (read: a list of commands that access information or cause Alexa to spring into action) from third-party developers.

Getting Alexa to access those commands once required you to select them in-app. Now, you can simply say things like “Alexa, enable NBC News” and she’ll start surfacing whatever news or actions NBC’s development team has built for her. 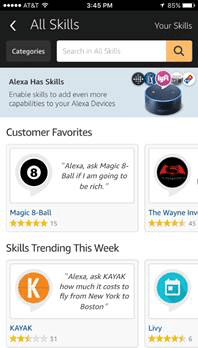 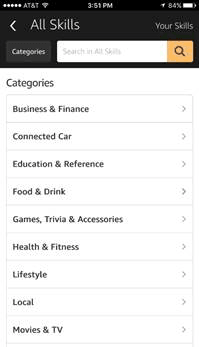 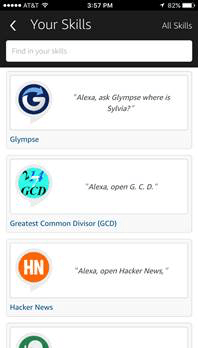 It’s good timing, too. Amazon says that since the beginning of the year, Alexa’s smart home skills has grown by five percent, and her overall skillset has increased 50 percent in the last month to over 1,400 skills total. The company also says “tens of thousands” of third-party developers currently working on Alexa projects.

“We are thrilled that tens of thousands of developers are already building skills for Alexa,” said Steve Rabuchin, Vice President, Amazon Alexa. “This is a win for developers and for customers, and we can’t wait to hear what they think.”

Amazon also says no update is required for you to see the redesign and new Alexa features. And because it’s an Alexa feature, you’ll be able to use it on the Echo, Dot, Tap and Fire TV devices.