Dell’s Alienware brand launched its first attempt at a pro gaming mouse last year with the Elite Gaming Mouse. This year’s version — the AW 959 — improves in every area without losing the one thing that made me love the original: Its size.

I’ve got big hands. They’re not freakishly huge by any means – I don’t need special gloves or giant-sized forks. But, the trend towards small, sleek mice isn’t doing me any favors. Thankfully, there’s still a few models out there that are well-suited for the large-handed. Alienware’s Elite Gaming Mouse feels better than most of them.

Don’t get me wrong, it’s not the best mouse there is – but it’s certainly arguable that it’s one of the top mice at its price. Rating it specifically on the way it fits in my hand, I think It compares nicely to Logitech’s G602. And, that’s pretty much all that matters: How it feels.

It moves like the planchette on a Ouija board, almost as if another hand was guiding it. That might be the byproduct of my recent long-term use of a mouse that didn’t fit my hand as well, but either way it’s a nice feeling. I like the primary left and right buttons a lot as well. There’s tiny bit of sponginess in the buttons that I find much more satisfying than a harder stop. There’s still a nice click that you can feel, but I never feel like I’ve pressed either button too hard. The scroll wheel feels nice, but I would have liked a wee bit more feedback.

Beyond the way it feels, I was impressed with what it had going on under the hood. The AW 959 has great hardware specs:

It’s not the best in class – that’s possibly the Steelseries Rival 600 with its impressive 350 inches-per-second tracking – but only the most picky of elite gamers would ever notice the difference. In almost any arena, the 959’s guts are good enough to pass muster.

And it’s good looking too. It has Alienware’s trademark angular features, but it’s pretty tame as far as gaming mice go if you ask me. 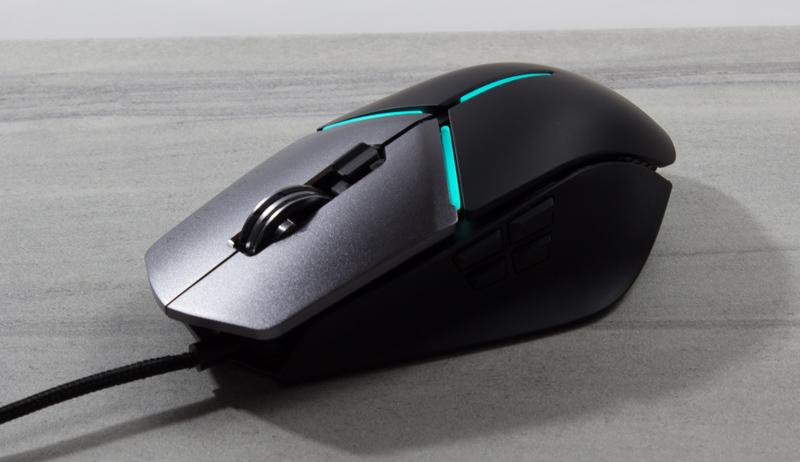 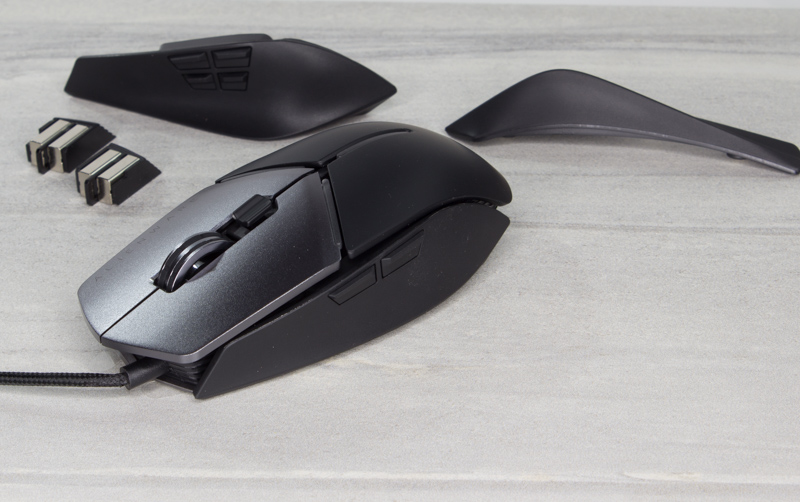 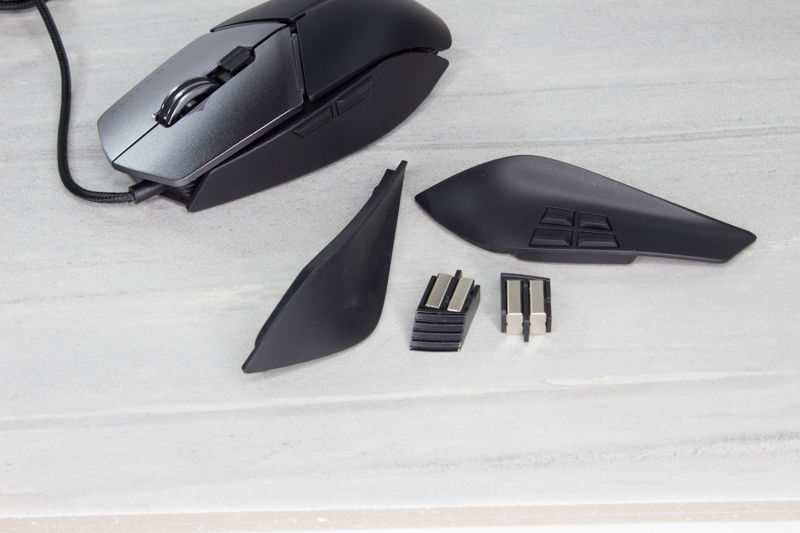 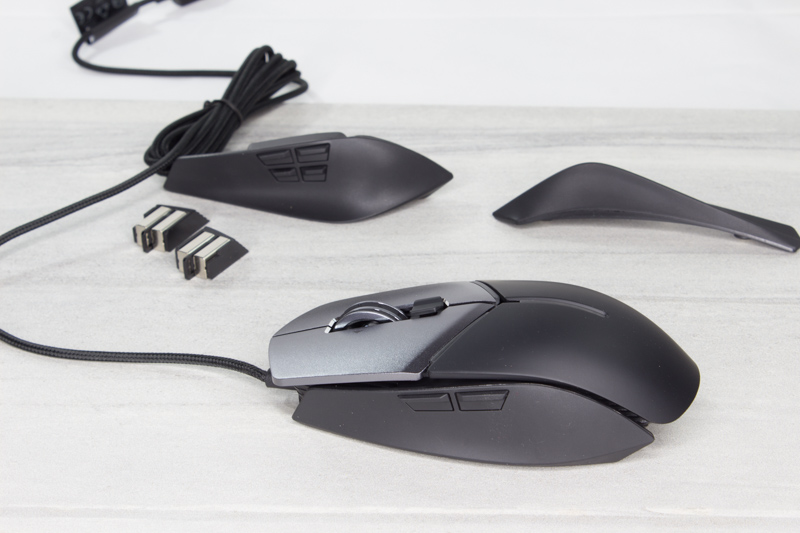 My favorite thing about the AW 959 is the massive amount of customization Dell managed to pack into this thing. It has swappable side panels, with two different sizes for the right side and two different button configurations for the left (either 2 or 4 buttons). You can also change the RGB lighting to suit your mood, set up lighting effects for games, or take advantage of the built-in effects for more than 130 (and growing) games. I was also particularly fond of the sliding adjustable palm rest, which allowed me to find the sweet spot for relaxing my hand enough to avoid fatigue during longer sessions.

The thing I like least about this mouse is its weight. A lot of people like a heavy mouse, but this thing starts out at 190 grams. It ships with two 5 gram weights you can use to bulk it up — and don’t get me wrong that’s a good thing. But I preferred it without the weights in for daily use and with for FPS gaming. I really wish Alienware had found a way to drop it down to 150 grams or less and included heavier weights. It’s not a deal breaker though. And the solution, for me, is to just use a different mouse for office work and save this thing for gaming sessions.

But, it’s a testament to the comfort and utility of the AW 959 that I’d prefer to use it all the time. The PixArt 3360 sensor is among the best there is, and it gives it enough clout for these mice to show up on the pro circuit. I think the AW 959 is particularly well-suited for Call of Duty and Counter Strike, but in its 11-button configuration it works great for Diablo III and Battletech as well.

The Alienware Command Center software is another low point for me. I actually think its decent, but why does every hardware manufacturer have to make an all-in-one central gaming hub? I’d be way happier just having a configuration utility that I can open quickly, rather than yet another gaming hub. Between Origin, Steam, Vive Port, GeForce Experience, the Alienware Command Center, and half a dozen other services it’s beginning to feel like I’ve got more game launchers than games.

On its own merit, however, the Command Center software is much improved since last year. You can now assign keys to the mouse’s buttons, instead of being forced to take the time to record macros. It’s a small change, but one that’ll save some gamers a few minutes. And, there’s also the ever-enjoyable lighting editor that allows you to set patterns and colors for the device, including profiles for specific games. The mouse features RGB lighting in 16.8 million colors — and I love where Alienware put the lights.

It’s difficult to peg this mouse. I’ve caught myself smiling a few times during the weeks I’ve used it, there’s a special feeling you get when your mouse feels right in your hand. It didn’t make me a better gamer or improve my scores, I’m sorry to report. But, it did give me a gaming experience where I didn’t actually think about the mouse or constantly try to readjust my hand.

The AW 959’s price is pretty competitive this year at $79.99, and that makes it worth a look for those ready to graduate from a cheaper device or people looking for a backup. I think the comfort level is enough to put it over the top — if you’ve got medium to large hands you might too.